John Hayes, CEO of Ball Corporation, the world’s largest manufacturer of recyclable aluminium beverage cans, told investors in an October 2018 briefing: ‘Our world has shifted to a much more sustainable world and we are on the right side of this equation. What many people don’t know is that 75% of aluminium ever produced is still in use today – cans are infinitely recyclable, with little loss of the yield of aluminium.’

SA packaging giant Nampak shares that sentiment. Some 64% of its revenue and 88% of its operating profit reportedly come from its metals businesses. In a February 2019 statement, CEO André de Ruyter said that Nampak’s vision was to be Africa’s leading diversified packaging manufacturer. To do this, he said, ‘we need to continually develop and create world-class packaging products, to not only meet the demands of our customers and the needs of their consumers, but [be] mindful of the impact on our environment’.

De Ruyter used the current worldwide trend against single-use plastics (you’ll have seen the ‘Plastic Straws Suck’ memes) to illustrate how much more environmentally conscious customers are becoming. ‘Nampak is already pursuing opportunities and is working with committed retailers towards eliminating single-use plastic,’ he said. ‘Our focus is largely on liquid packaging and we are assisting our customers on how to find the best alternative packaging for their products. For carbonated drinks, aluminium cans are ideal as they are impermeable and retain carbonation well. Non-carbonated liquids such as juice and milk can be packaged in paper-based cartons. Our cartons factory in iSithebe has capacity to ramp up materially and we are actively pursuing opportunities to leverage this facility.’

He added that while plastic has its advantages, it has to be utilised more responsibly. ‘Nampak has the technology to reduce the volume of raw materials by techniques such as light-weighting, in which Nampak is a world leader, and where possible, to close the loop through recycling,’ he said. ‘Substitution, light-weighting and recycling are all imperatives for the future’.

According to MetPac-SA – the producer responsibility organisation (PRO) representing the country’s steel, tinplate and aluminium packaging industries – that ‘loop’ is rapidly being closed in SA, and the recovery rate for used cans currently sits at around 73%. This puts us ahead of the world average, and pretty much on par with Europe. In terms of recovery rates and diversion from landfill, metal packaging consistently outperforms glass, paper and plastic in SA.

One of the reasons for this success is incentive schemes such as Collect-a-Can, an NPO launched in 1993 to promote the collection and recycling of used metal cans. Its Cash for Cans initiative does exactly what the name suggests, encouraging people to collect used metal beverage containers and sell them back to Collect-a-Can for cash. This creates jobs – or at least alternative income streams – for individuals, schools and various other community initiatives. 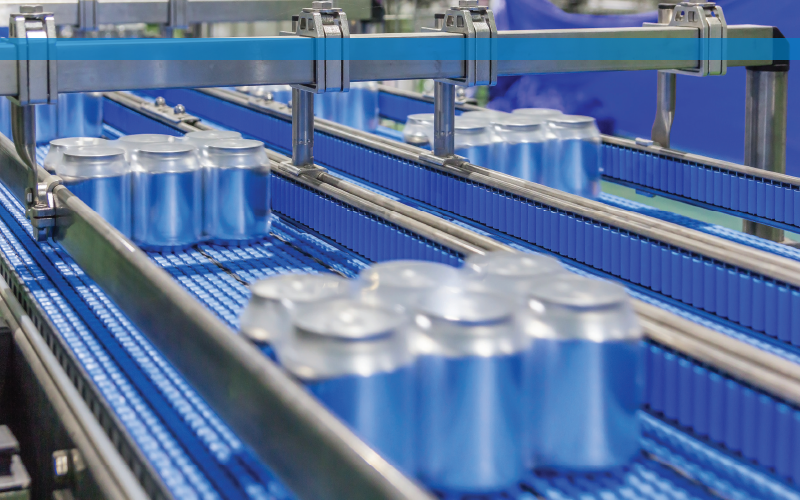 The going rate for informal collectors is roughly R8 per kilogram (roughly 77 collected 240 ml aluminium cans). Collect-a-Can rates aluminium beverage containers as the most valuable, followed by steel beverage and non-beverage cans (such as aerosols and food containers). It helps that metal packaging is so easy to find: it’s used in cooldrink, food and pet food cans, foil trays, aerosol canisters, metal bottle tops, foil wrap and so on. That ready availability, fuelled by the cash incentive to collect, has played a significant role in boosting the national recycling rate of metal cans from 18% (when Collect-a-Can launched) to where it is today.

A second, very important, reason lies in the industry-wide shift to convert the beverage can industry from steel to aluminium. Between 2013 and 2017, SA industry giants such as AB InBev, Coca-Cola Southern Africa, Nampak Bevcan and Hulamin invested at least $94 million in the switch to aluminium, prompted partly by environmental concerns and partly by cost.

It has a melting point of 660°C compared to more than 1 300°C for steel, which makes it much easier to process and recycle. Aluminium is also about 60% lighter, which reduces material and transport costs; and it uses up to 17% less energy in the manufacturing process because (among other factors) it needs no external white coating, so it requires fewer oven sessions.

Nampak Bevcan was among the first to make the switch, at its Springs plant (in 2013), and within a few years all three of the company’s Gauteng aluminium can production lines were running as it tried to meet the increased demand. According to a company statement, that allowed Nampak Bevcan to produce eight can sizes at maximum speeds of up to 3 000 cans per minute, compared to 1 600 cans per minute on the old tinplate lines.

Hulamin – the only SA company producing the aluminium sheet that Nampak requires – used to get almost all of its aluminium in the form of virgin ingots from BHP Billiton’s Hillside smelter in Richards Bay. In 2017, however, it opened a R300 million scrap-recycling facility, purpose-built to recycle used aluminium cans and boost its on-site closed-loop recycling capability. The company notes that it takes about 20 times more energy to convert mined bauxite into aluminium than it does to simply re-melt a used beverage can – and to take advantage of those savings, Hulamin is aiming to source at least 20% of its metal units from recycling. 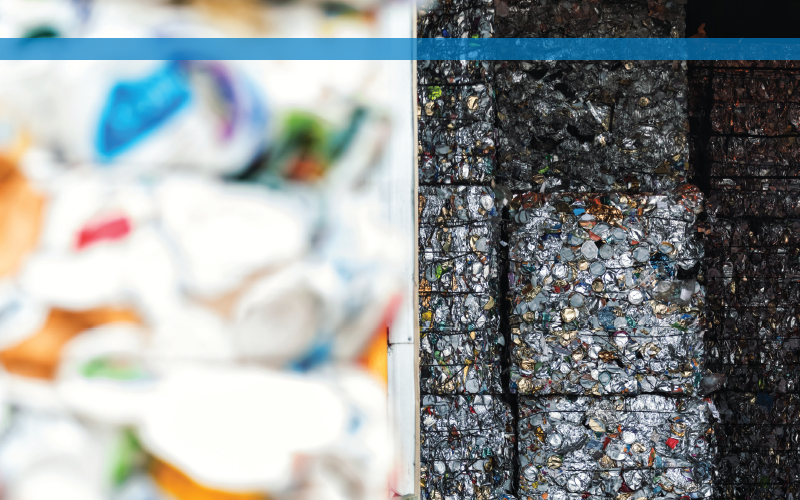 Hulamin and Nampak – along with the likes of AB InBev, Coca-Cola, Distell, Heineken, Nestlé, Pack Solve, Dürsots, Woolworths, Wyda and the Aerosol Manufacturers Association – are members of MetPac-SA. In late 2018, shortly after his appointment as the organisation’s CEO, MetPac-SA’s Kishan Singh, said: ‘We are breaking new ground and entering uncharted territories and cannot succeed without the industry’s support. It is therefore important for us to continue running awareness campaigns to both consumers and the industry, and to increase membership to MetPac-SA to at least 60% by tonnage of the industry stakeholders if we are to grow our recovery rate from the current 75% to the targeted 81% by 2023.’

The industry appears to be on board: in June this year, retail giant Pick n Pay signed on as a member. ‘As a leading retailer, we are committed to reducing our impact on the environment, and encourage our suppliers and customers to join us on this journey. The more we work together, the greater the difference we can make,’ says Pick n Pay sustainability GM Andre Nel. ‘We believe it is important to support organisations such as MetPac-SA, who [focus] on establishing a circular economy by treating waste as a valuable resource that can be used to address a range of economic, social and environmental challenges.’

Singh, meanwhile, underlines that ‘the only way we are going to be able to meet this [81%] objective and establish a sustainable, effective material recovery system in South Africa is by positively managing the so-called “free riders” – those producers who place their products into the market and onto supermarket shelves without belonging to a PRO, and without contributing fees that are used inter alia to clean up the environment, drive recycling and create much-needed employment’.

SA’s metal can recycling scene remains a good news story. While suppliers are ramping up their recycling efforts, manufacturers are turning to recycled and recyclable materials to keep costs down and to protect the environment. Retailers are on board, too – and further along the value chain you have the likes of MetPac-SA and Collect-a-Can, and the many formal and informal collectors who fuel the recycling economy. ‘We need a new way of doing business, and the government’s Section 28 call for an industry waste management plan, whereby all manufacturers and producers of packaging materials will be held accountable for the products they produce, is forcing all of us to embrace the concept of a circular economy as a way out,’ says Singh.

‘Packaging, and the metals packaging that we represent in particular, cannot be allowed to become waste but needs to be collected and reused to produce new materials over and over again. For this reason, everything we do is underpinned by the concept of creating a circular economy that minimises the dependence on virgin metals, utilising metals that are already within the economy to sustain metal packaging within SA.’

Jane Molony, executive director of PAMSA, on how paper and its  by-products are a... END_OF_DOCUMENT_TOKEN_TO_BE_REPLACED