It’s strange how quickly things become commonplace during a time of crisis. In 2018, as the City of Cape Town approached Day Zero of its drought, locals started getting used to sights like bakkies (unwashed, obviously) driving around the suburbs delivering water-harvesting tanks to homes.

They started shrugging in resignation at the long queues forming near natural springs in places such as Newlands and Kalk Bay. And they certainly didn’t blink an eye when they read or heard about people getting slapped with enormous water bills. Jonathan Isaacs, a 62-year-old Kuils River resident, appeared in the local papers holding up a R1.8 million water account – the result, it emerged, of a faulty water-meter reading. Elsewhere, 73-year-old Manenberg resident Shirley Woolgar was hit with a R42 000 bill after a water pipe cracked under her house. ‘It wasn’t my fault,’ she told a local tabloid. ‘There was a leak under my house. These are old pipes. Why am I being billed for water I didn’t waste?’

Woolgar wouldn’t have liked the answer. As Thinus Booysen, an associate professor at Stellenbosch University’s electrical and electronic engineering department, explains on the Conversation website: ‘A key challenge affecting water consumption behaviour is the time lag between consumption and the related bill and the resolution of the information on the bill. It is difficult to know if one is complying with the [City of Cape Town’s water restriction limit of] 87 litres per day, and if not, why not.

This is because water meters are usually read once a month, with a bill for specific consumption – for example, [taking] a bath – usually arriving only a month or two after that water flowed through the tap. There is also a large disjunction between the single action of drawing water and the cumulative bill that arrives. This further complicates linking consumption patterns to resulting costs.’

As Booysen points out, this method of billing is not unique. Many homes around the world either do not have water meters or rely on manual meter readings. But in SA, he writes, ‘it’s obviously more cause for concern, given the water constraints and recent drought’.

Smart metering has emerged as a potential solution to the problem. Leveraging the recent advances in wireless technology and the internet of things, smart meters remotely record and report utility usage, providing real-time readings. While the technology is still mostly used for electricity and gas billing, the advantages for water users – especially those who are paying the bills for commercial properties, homes or sectional title residences – are obvious. And while there is certainly an interest in smart meters – both to monitor usage and to detect leaks – there’s still a general sense in the water-metering space that the movement towards installing smart water meters has been less of a torrent, and more of a drip.

‘We can install smart meters in commercial properties and body corporates, but it hasn’t really been our focus to target that market,’ says Peter Fisher, business development manager at the Spatial Planning Agency of Southern Africa (SPASA). ‘What I’ve sensed from the market is that everybody is still very caught up in some of the old technology. There’s some reluctance around moving toward smart technology, and I think that’s probably due to pricing. For some consumers, it comes down to a choice between installing a smart meter at, say, R2 000, or a prepaid meter at R500 or R600.’ 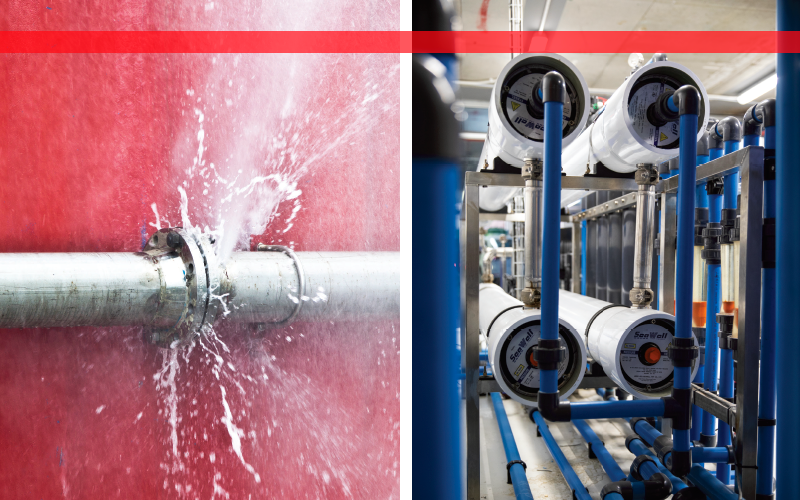 Pricing is not – and has never been – a particular USP of smart meters. (As Fisher puts it, ‘the cost saving is not as important as the ability to have the right information at your fingertips’.) Still, there’s no question about the long-term cost benefits of accurate monitoring and early leak detection. Darren Oxlee, chief technical officer at Utility Systems, explains why. ‘When coupled with increased billing accuracy, the long-term benefits of investing in smart water metering will outweigh the higher initial capital outlay needed as compared to a traditional water system,’ he says. ‘As such, the growth prospects for smart water metering are enormous: in addition to the financial and operational benefits, municipalities are increasingly including smarter water management as part of their broader smart city development programmes.’ Oxlee adds that only a very small percentage of existing metered end-points in SA municipalities are ‘smart’ and converting the rest provides ‘a substantial growth opportunity for the South African industry’.

He cites early studies that suggest once consumers have full visibility of their usage data, their water consumption drops by about 15%. That’s consistent with the experience of listed real estate investment trust company Growthpoint. In 2016, the firm intensified its focus on saving water at its buildings across SA, and within 12 months it had already reduced consumption of municipal drinking water by an average of 16% across its Cape Town office portfolio. It started by determining exactly how much water each building was using – and it did so by investing in smart water meters.

Growthpoint’s head of sustainability, Werner van Antwerpen, notes that those meters helped the company to quickly identify leaks that could otherwise go undetected for weeks, even months. He emphasises that water meter readings were typically taken every four weeks by an independent meter-reading company, creating a six-week delay between the readings being checked and reports being generated before the company would gain sight of a building’s water consumption metrics. With smart water meters, facilities management teams can measure consumption data every 15 minutes, allowing them to respond to leaks within hours, instead of weeks.

Part of the problem – as Woolgar discovered – is that much of SA’s water infrastructure is getting old, creaky and worn out. Most pipe materials have a lifespan of about 40 years, but as Neil Armitage of UCT’s department of civil engineering recently told the Huffington Post: ‘There are many pipes in South Africa that are over 100 years old.

However, while cities are under pressure to replace old pipes, it’s hard to justify replacing pipes in rich areas when there are areas where there are no pipes at all. On the other hand, the current water crisis in Cape Town has highlighted the importance of maintaining water infrastructure across the whole city although, as it happens, Cape Town is the best-performing city in South Africa and one of the top-performing cities in the world in this regard, where unaccountable water sits at around 15%.’

Unaccounted water refers to water that is lost in the system, with volumes calculated by determining the difference between what the city/utility buys and what it ends up selling. Some of this water is lost through theft and unmetered municipal services (such as watering a local park), but a lot is lost through leaking pipes. According to a 2018 GreenCape market intelligence report, the average water-supply loss across SA is about 41%.

The report notes that industrial and commercial businesses are re-prioritising their budgets and directing spending towards water efficiency, metering and monitoring. For example, ‘several companies that had planned to invest in solar photovoltaics have now de-prioritised these projects in favour of those that reduce their reliance on municipal water supply’. According to a 2017 survey of Cape Chamber of Commerce and Industry members, 65% of the respondents had made changes or investments in their businesses to cut water use, and 45% had developed long-term plans to reduce dependence on municipal water. 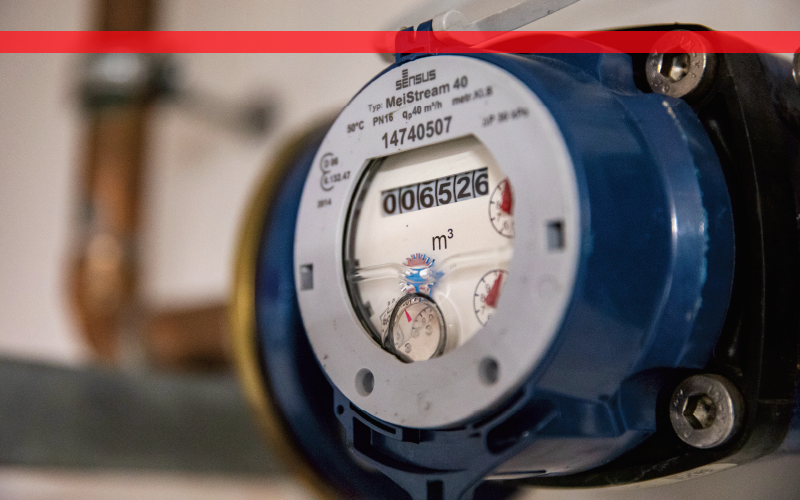 Regarding smart water meters, the GreenCape report highlights opportunities in all urban private-sector markets. ‘The water meter industry has seen substantial development in the last two decades, with many new “smart” capabilities added to water meters. Many are now able to communicate with the municipality or user, monitor consumption patterns, dispense prepaid water, provide leakage alerts and restrict flows remotely.

The current market lies predominantly in sub-metering – billing – for large residential estates, and multi-tenanted/sectional title buildings, as well as the commercial sector. However, the demand for these systems is increasing across the private sector as a tool for improved water management in the context of the drought. Several local smart-metering companies have noted a significant increase in sales since around the middle of 2017, coinciding with lower dam levels, higher tariffs and more stringent water restrictions,’ it states.

For those working in the water metering field, the benefits are obvious – despite the relatively slow take-up. ‘The financial costs of water leakage are in the billions,’ says Oxlee. ‘And we all feel it: as individuals, communities, businesses, municipalities, and participants in the broader economy. This is not just because we’re all paying for water that we don’t use, but because water loss results in bigger burdens, like higher water tariffs and water restrictions. We’ve known for years that a water crisis was coming. With our poor national infrastructure and global warming on the rise, it’s likely that this is only the beginning. But with some initiative and a bit of forward planning, we may be able to lessen the burden of leakage.’

That starts with identifying the leaks when they happen, which – in almost all cases – is only possible through smart metering.

Jane Molony, executive director of PAMSA, on how paper and its  by-products are a... END_OF_DOCUMENT_TOKEN_TO_BE_REPLACED