Cape Town, Singapore, Lodwar and Chicago couldn’t be much more different. Yet all three – a developing African metropole, a futuristic South-East Asian island city-state, a remote town in north-west Kenya, and the third-most populous city in the US – share a common problem: water.

SA’s Mother City sits on what sailors call the ‘Cape of Storms’, yet it is only now emerging from a catastrophic drought. Singapore, mean while, experiences regular flash floods but relies on neighbouring Malaysia for much of its freshwater supply. Chicago rests between the Great Lakes and the Mississippi river watershed. As for Lodwar? This small town is located on the banks of the Turkwel river near Lake Turkana, yet water is scarce and daily temperatures seldom dip below 30˚C. All four places are solving their water challenges by looking to the heavens, and changing the way they capture and harvest rainwater.

Lodwar’s solution is small-scale but high-tech, using a mobile app developed by the UN Environment Programme (UNEP) and the UN Educational, Scientific and Cultural Organisation. The app draws on meteorological data to calculate the amount of rainwater that can be harvested from the roofs of houses, enabling locals to collect rainwater as it falls. All data is location-specific, so a person in Lodwar’s Turkana county could, for example, simply enter their location (Kenya, Lodwar), the length and width of the roof of their house (in metres), the number of family members, and the quantity of water they use per day. The app then calculates the amount of rainwater that can be harvested, and the quantity of water the family will require. It also proposes the size of the rainwater-harvesting system as well as its estimated cost.

‘This app is practical for individuals as well as communities, local governments and other actors who are planning to install rainwater-harvesting systems in Africa,’ says Juliette Biao, director of UNEP’s Africa office. ‘The app is a concrete example of how science and innovation can be packaged to solve day-to-day needs of house holds in Africa.’ According to UN estimates, women still spend 16 million hours a day collecting water – in buckets – in 25 sub-Saharan countries. 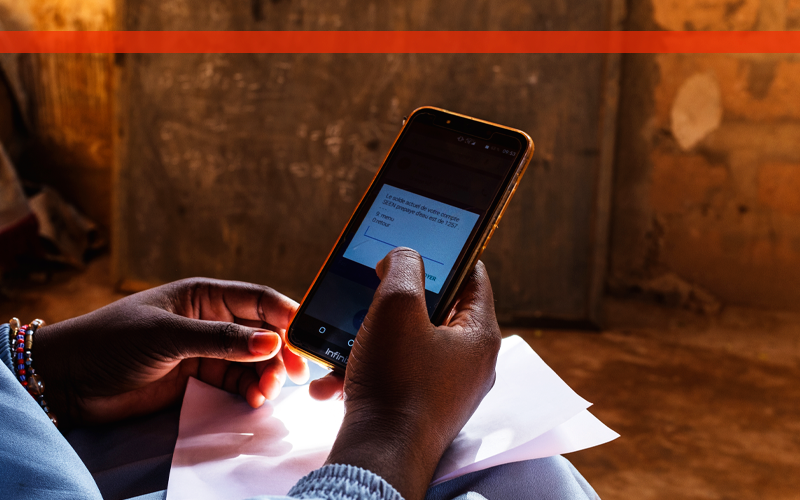 Singapore, meanwhile, overhauled its entire water infrastructure in 2006, launching the Active, Beautiful, Clean Waters programme to integrate its water bodies with parks and green spaces. Since then, concrete has been pulled up in many parts of the city and replaced with parks, wetlands and gardens. This helps to provide adequate drainage and flood-protection measures, and it has the added bonus of turning Singapore into a lush ‘garden city’.

The city’s old harbour, which is too small to receive modern vessels, has also been dammed up and turned into a freshwater reservoir. This allows Singapore to source some of its stormwater that has been harvested from the centre of the city and cleaned up close to source. In a seminar series held in Cape Town in mid-2019, Neil Armitage, deputy director of UCT’s Future Water Institute, cited Singapore as an example of how green infrastructure can help build water resilience in cities – and of how future cities across the world might look.

Armitage argued that cities – Cape Town among them – need to start rethinking their approaches to stormwater. In his presentation, he noted that SA’s population has increased rapidly from 50 million in 2009 to almost 58 million in 2019, with the population also urbanising. As the number of people living in the country’s cities increases, so too does the demand for water.

‘The problem with this is when you’re a rapidly growing population in a country that doesn’t receive much rain, what happens when it doesn’t rain? Day Zero. This is the destination of the whole of South Africa if we don’t manage our water resources better,’ he said.

There’s a strange irony at the heart of Cape Town’s water challenge. Despite the droughts and Day Zero doomsaying, when the city does experience a proper downpour, its roads usually end up flooding because the stormwater system cannot handle the deluge. And while Cape Town uses about 300 million m3 of water a year (most of which comes from its six major dams), every year about four times as much as that falls on the city in the form of rain. None of that runoff water, however, feeds into the city’s water systems. It’s flushed out to the ocean or into wetlands.

Armitage’s suggested solution looks to green infrastructure to more successfully harness that stormwater through permeable interlocking concrete pavements and bioretention cells, or ‘rain gardens’. Instead of using roads as the defining factor in modern cities, he said, drainage systems should instead be the main element.

Bioretention cells, in the form of beautifully landscaped depressions, would capture storm water run-off from impervious surfaces, filtering out harmful pollutants as the water seeps through layers of soil. This kind of approach requires a dramatic change in how cities are designed and operated. Conventional stormwater-drainage systems reduce flood risk by clearing stormwater out as quickly as possible, sending fast-flowing water to rivers and streams, usually via concrete pipes and channels. The trouble is, those concrete channels also increase flood volumes, pollute the receiving waters and destroy biodiversity. As Armitage put it, ‘the water doesn’t arrive in a very user-friendly format’.

He argued that the only way to remedy this situation is for cities to invest in sustainable drain age systems that mimic the natural hydrological cycles. ‘It means a change in the way we visualise the city,’ Armitage told the seminar. He sees urban areas becoming less like concrete jungles (filled with hard, impervious surfaces) and more like actual jungles, with green roofs, green walls and rain gardens that allow stormwater to seep into the ground, recharge the water table and filter out those urban pollutants. 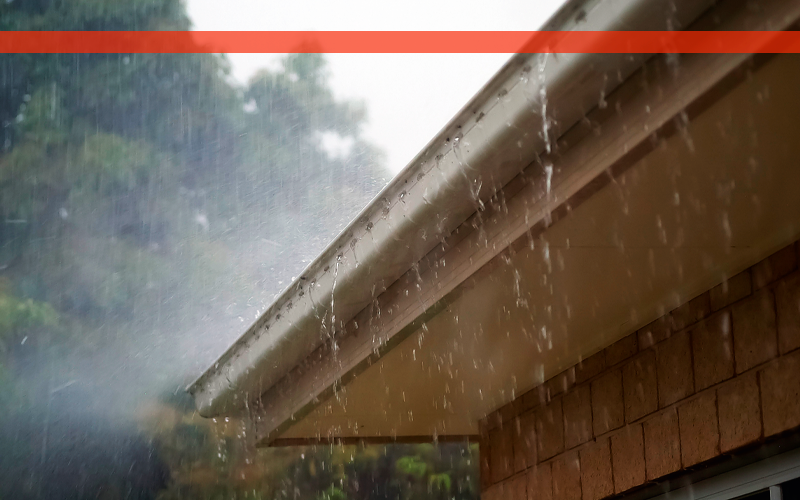 The City of Cape Town appears to be onboard. In its February 2020 Water Strategy, the city notes: ‘To achieve the vision of a water-sensitive city, the relationship between Capetonians and water will have to change. All forms of water in the city – rain, stormwater, groundwater, greywater and blackwater, canals and rivers – need to be managed in an integrated way that makes the best, sustainable use of this scarce resource and reduces the risk and impact of flooding.’ As part of that transition, the city has moved the responsibility for stormwater management from the roads department to Cape Town Water. Armitage would surely approve.

To make those citywide rainwater-harvesting systems more effective, garden cities would need to tap into the technology provided by smart cities. That’s where Chicago comes in. ‘One of the challenges with maintaining cities is that you have these vast numbers of small assets, and green infrastructure makes this problem infinitely more challenging than the historical approach to having large, civil engineering projects that deal with stormwater,’ says Marcus Quigley. ‘Instead of having a million-gallon tank, you may have several-thousand-gallon bioretention cells to store and treat this water. And those assets are much harder to track.’

Quigley would know. He’s the CEO of Opti, a Chicago start-up that applies internet of things (IoT) technology to stormwater management. In 2017 and 2018 Opti worked on an 18-month pilot programme that used smart green infrastructure monitoring to monitor and compare Chicago’s stormwater systems and flood-prevention measures. Four test sites around the city were equipped with smart sensor systems that combined weather information with surface and groundwater monitoring to track the volumes and flows of stormwater. The information was sent from those sensors to a cloud-based analytics platform, where the various installations were monitored in real-time. 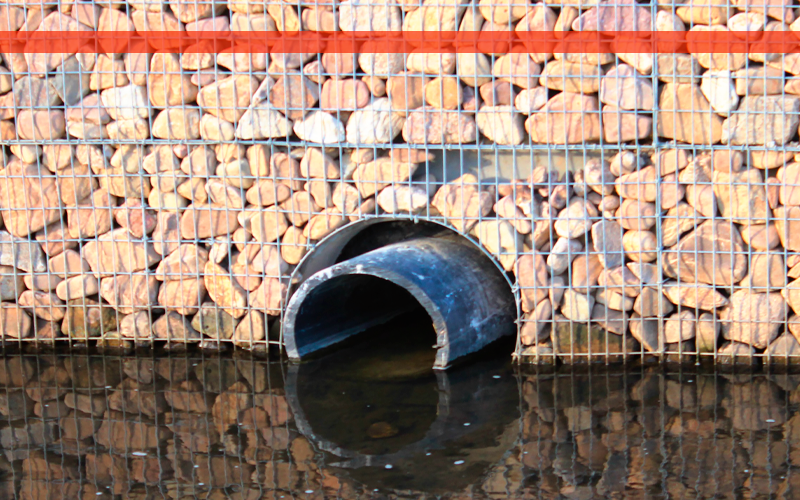 As Brenna Berman, Chicago’s chief information officer, said at the time, ‘we would like to know at a high level whether the green stormwater infra structure is working. Is it preventing rainwater from entering the sewer system? Which designs work better in hard rains versus soft rains? Which work better during long storms versus flash floods?’

Now, thanks to a connected network of smart IoT sensors and big data, it’s possible to figure out the answer to those questions. It’s also possible to better integrate stormwater systems with rain water-harvesting projects, giving water-strained cities an alternative source of freshwater for daily consumption, while relieving some of the demand pressure on municipal water systems and helping to detect and prevent flooding during storms.

The handheld rainwater harvesting app being used by the UN in Kenya may seem far removed from Singapore’s garden city stormwater systems and bioretention cells, or from Chicago’s high-tech monitoring systems. But, as the City of Cape Town (and countless others like it worldwide) is finding, there’s a growing need to think differently about stormwater. Letting it wash away down the gutter is no longer the smartest approach.