It happens so often that sometimes it doesn’t even make the news. In January, an embroidery factory in Benrose, Johannesburg, went up in flames. In December, factories in Jacobs and Wentworth just outside Durban were hit by fires, while in November the same fate befell a shopping mall in Mahikeng, North West province. Similar reports come through all the time: late 2019 alone saw major fires at a textile factory in Mooi River, at an animal-feed warehouse on Durban’s Bluff, at a chemical plant in Cato Ridge, at a sweets wholesaler in KwaDukuza, at a candle factory in Boksburg… And while it’s all too common, the effects of a commercial-property blaze can be devastating to the business owner. Last April, Orange Grove Dairy and the adjacent Nampak factory near Dundee in KwaZulu-Natal were gutted by an early-morning fire. ‘It took us three years, building and renovating the factory, which has now been destroyed in one moment,’ sales director Sue Durham told the local Northern Natal Courier. ‘We still have no idea what caused the fire.’

Yet, as Clayton Ellary, Johannesburg commercial branch manager at insurance company Aon South Africa, warns, fire remains a grossly underrated business risk. ‘There are many statutory requirements and codes of practice in place for fire protection that can potentially leave business stakeholders in severe financial crisis in addition to possible legal implications if not adhered to,’ he says in an online statement. 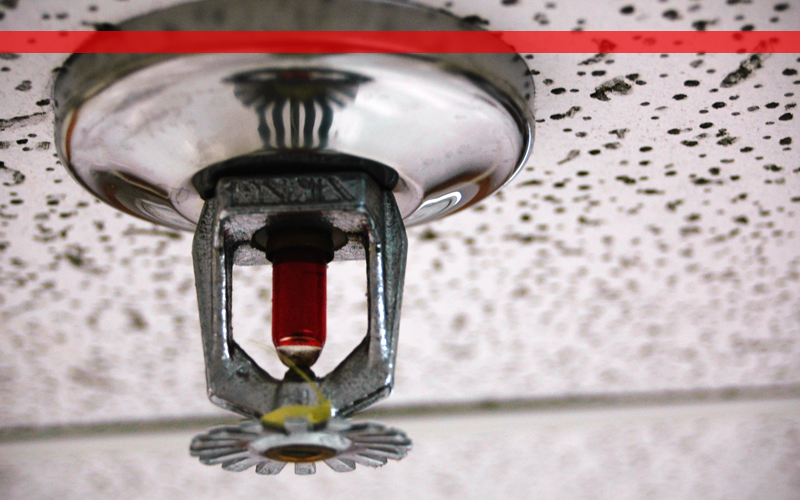 ‘The costs arising out of the potential loss of life, assets, stock and loss of profits and income due to business interruption can amount to millions of rands in damages and liability claims. Despite the risk to business continuity, financial viability and brand reputation, many businesses remain unaware of the devastating domino effect that a fire poses to business continuity.’

‘We often have to refer to standards and codes outside of our framework, or we have to resort to performance-based fire-engineering designs to develop a safe and practical fire-protection solution. We have experienced a high demand for assistance in developing designs for new buildings, as well as requirements for bringing existing non-compliant buildings, especially older buildings, up to standard. I see the industry growing both in terms of size and depth of knowledge as more engineers specialise in fire engineering.’

ASP Fire has done more than a dozen shopping centre fire-risk evaluations, and Van Niekerk’s team has found that most retailers and mall owners are unaware of the full extent of the regulatory fire-safety requirements that they must comply with. There is still confusion around who is ultimately responsible for fire safety. In the case of shopping malls, many retailers think it’s up to centre management, while centre management often thinks it’s up to the retailers.

‘If I own a business that experiences a fire where anyone is injured, I can be sued in my personal capacity,’ says Van Niekerk. ‘I could face a potential R5 million fine or five years’ imprisonment. Many business owners do not comprehend the gravity of such a situation. The company can pay a fine, but any jail sentence that may result from successful prosecution is a different matter altogether.’

Van Niekerk adds that some malls have outdated or unserviceable fire-detection or sprinkler-protection equipment, and management is often unaware that the systems will not work in the event of a fire. ‘The nature of retail stores implies that there will always be a degree of fire risk that shoppers or retailers are exposed to,’ he says. ‘The key is limiting the exposure or mitigating the fire risks, so that the environment is safe for everyone, including the young, the elderly and those with disabilities. This process requires careful assessment of the fire risks and a comprehensive fire-safety design that integrates all aspects of the mall’s fire-safety elements.’ 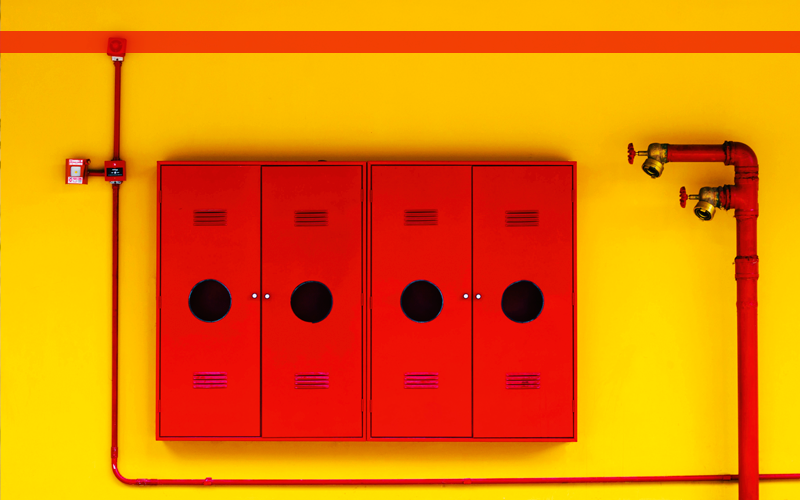 He says there are three main actions in terms of managing a fire. The first is control, to prevent it from spreading; next is suppression, which involves cooling the fire rapidly; and finally, extinguishing the fire to ensure no heated substance remains. Suppression (in other words, putting out the fire) is the key part of that process.

According to market research by Global Insights, the fire-suppression market in Africa is set to rise from $570 million in 2018 to around $700 million by 2025, with rapidly expanding industries (and, of course, the interminable need for fire protection) being the primary drivers. In SA specifically, the report notes, growth will be driven by the tourism and hospitality industry, along with extensive deployment across retail stores, hotels and commercial facilities.

But what will the money be spent on, and what technologies will emerge in that fire-suppression industry? The 2019 National Fire Protection Association conference and expo, held in San Antonio, Texas, provided a glimpse of what’s coming globally. One manufacturer, Armstrong Fluid Technology, is taking the cloud-enabled technology from its HVAC product portfolio and adapting its functionality to its fire-protection solutions. While discussing the company’s fire-pump range in an interview with Modern Equipment Manufacturer, Steven Baird, Armstrong’s marketing manager of fire products, explains how that would work.

‘In the near future we’re going to cloud-enable the control cards that are built into these pumps and package solutions so that we can gather the data that the unit produces and send it to our cloud-based analytics solutions, where applications will analyse it in the background,’ he says.

‘Using these applications, we’ll be able to generate actionable intelligence and insights for our customers. They’ll know when their pumps are running, they’ll know when they’re testing, and they’ll even be able to see the results of that testing all from the pump unit itself. We’re also looking to pull in some advanced functionality from the HVAC world to enable proactive and preventative maintenance. We’ll be able to monitor a pump and see when something might be going wrong. We’ll know in advance if maintenance may be required, and we’ll be able to act accordingly to prevent costly problems and downtime.’

The company calls this system active performance management. ‘It really is revolutionary for users,’ says Baird. ‘Instead of waiting for people to come and look at the equipment and harvest the data, it pushes it right to the equipment owner and sends them notifications if something is wrong.’

The same publication then asked Doug Hoeferle, product marketing leader at manufacturer Honeywell, for his thoughts on cloud-enabled fire-protection equipment. ‘I think it depends on how you define it,’ he says.

‘With fire-protection equipment, there is a lot built into it that ensures the safety of building occupants. You can’t rely on just the internet for that; it has to work reliably and at all times. So you’ll always have an on-premise element to it, with supervision and back-up power, and everything else you need for resiliency and robustness. However, I do think that the cloud portion will bring added capabilities.

‘The cloud will make communication with first responders better and more effective. It will enable better fleet management and maintenance for large-install bases – like those on college or corporate campuses – making it possible for facility owners and managers to know what’s going on in their buildings and on their campuses.’

Siemens is already introducing cloud-enabled smart technology to its fire-safety range, through its Cerberus Portal. This cloud-based online fire-protection software, which can be used from any connected device running on any operating system, allows all fire control-panel information (including faults, alarms and general system status) to be accessed remotely. 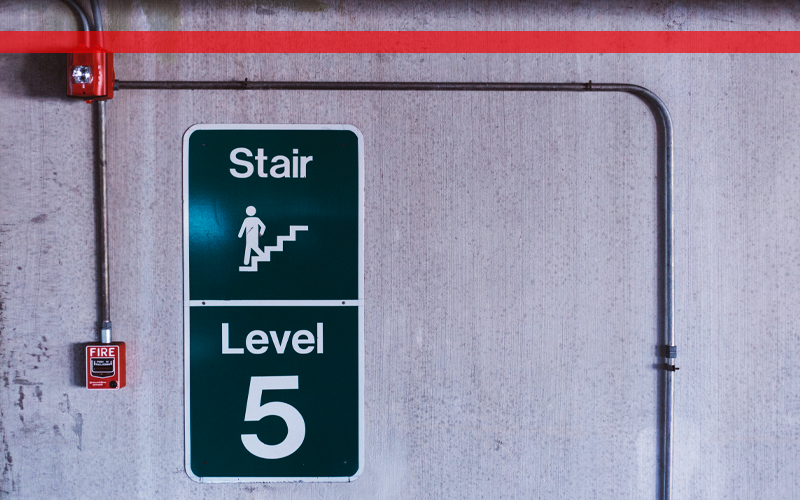 Its real-time data can be examined in detail before dispatching service technicians, allowing them to gather the necessary information, tools and equipment before they arrive at the site of the fire. In Siemens’ internal testing, the system made fire detection more efficient and up to 40% faster.

‘There is an ongoing disruptive revolution in our fire-safety industry. That revolution is called digitalisation,’ says Johannes Mario Kahlert, head of fire safety at Siemens Smart Infrastructure. ‘I am deeply convinced that digitalisation will change the way we do business.’

In many cases, it already has. Some facilities are already retrofitting cloud-enabled smart fire detectors, in the hope of catching fires before they spread – thereby limiting the damage and reducing the inevitable downtime.

That, ultimately, is the key to the first step of Van Niekerk’s three-step approach to firefighting: control. By (as Hoeferle puts it) knowing what’s going on in your building, you’re able to respond more quickly, and hopefully contain the blaze before it spreads.

That fire at Orange Grove Dairy started in the early hours of a Monday morning and spread so quickly that the local fire brigade had to call for assistance from Newcastle, about 80 km away. An early-warning system might have made all the difference.