It was spring and everyone in the office had the sniffles. Sore throats, stinging eyes and, here and there, someone was always complaining of a headache. It had to be hay fever, people said (even those who had never as much as sneezed in a field of pollen), or an early summer cold.

As weeks passed and the symptoms persisted, people started becoming irritable and fatigued. Morale went south and took productivity with it. No one felt like coming to work anymore and absenteeism spiked.

The funny thing, people could be overheard saying in the lift, was that they felt so much better once they’d left the building. But an hour or so after they arrived in the morning, the hay fever was back. Or those symptoms of an early summer cold.

By the time summer actually started, half the office was on antihistamines and hitting the coffee hard to stay alert during the long, listless afternoons. The air-con wars, common at this time of the year, took on an unusually hostile tone.

At the height of the crisis, senior management held a ‘bosberaad’ – off-site (they all felt so much more energised, had to be all that fresh sea air) – where they considered among other interventions, bringing in a motivational speaker, hiring a productivity consultant and introducing a weekly pizza night.

Then someone mentioned that the annual HVAC overhaul was skipped this past winter because the contractors had taken their business offshore. But it wasn’t until someone explained that HVAC stood for heating, ventilation and air conditioning that the penny dropped.

Sick building syndrome (SBS) is the common term for a combination of respiratory and neurological symptoms that arise as a result of poor indoor-air quality. People who work in so-called sick buildings tend to report cold- and flu-like symptoms such as burning eyes, sore throats, runny noses, headaches and coughs. But more unusual and alarming symptoms can also occur – such as chest pain, palpitations, swelling and nosebleeds. Fatigue, forgetfulness, dizziness and difficulty with concentration wreak havoc on productivity and employee goodwill. 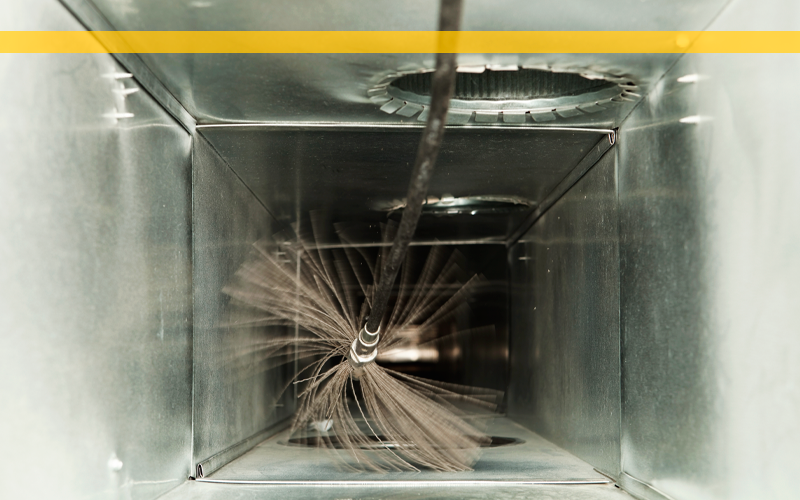 Anecdotal evidence that symptoms tend to disappear when workers leave the affected building is a red flag, but one that is easily ignored. And because most SBS symptoms can either be caused by common illnesses and pre-existing conditions or simply attributed to employee unhappiness, it can take months, numerous doctor visits and several failed diagnoses before suspicion finally falls on the building. Even then, finding the cause can take a good deal of detective work.

Simply put, SBS occurs when indoor air is contaminated by harmful microorganisms, and/or when there’s just not enough clean air to go around. Tracking down the source of those microorganisms is the subject of a paper on SBS in the Indian Journal of Occupational and Environmental Medicine, by Dr Sumedha Joshi, a medical researcher – and there’s nothing simple about it.

Joshi recommends that you check for chemical contaminants from outdoor sources (such as pollutants from car exhausts and plumbing vents that enter through poorly located air vents or windows) or indoor sources such as adhesives, carpeting or upholstery and even synthetic fragrances in personal care or cleaning products, all of which can contain VOCs.

Biological contamination can come from pollen, viruses, fungus and moulds that breed wherever stagnant water has accumulated, or from insect and bird droppings, says Joshi, while computers, TVs, microwaves and the office printer should be checked for potentially harmful levels of electro-magnetic radiation.

Inadequate ventilation exacerbates the effects of contamination and causes trouble all by itself if poorly maintained HVAC systems turn into breeding grounds for contaminants, or if the ventilation rate in a building falls below the generally recommended 15 cubic feet per minute (cfm) per person.

For the fact that it frequently does, especially in buildings that date from the ’70s and ’80s, geopolitics are indirectly to blame. Back in the early 1970s, the Organisation of Arab Petroleum Exporting Countries (OPEC) imposed an oil embargo on countries – SA included – that were perceived as having supported Israel during the Yom Kippur War. In the oil crisis that ensued, the need to improve energy efficiency led to the construction of airtight buildings where the ventilation rate was reduced to 5 cfm per person.

By the 1980s, there were signs that workers were getting ill from poor ventilation, and in 1986 the WHO gave the problem a name – sick building syndrome. At the time, a WHO report on the syndrome estimated that up to 30% of new and remodelled buildings worldwide were linked to symptoms of SBS.

The name is confusing, Dr Peter Burge of Birmingham Heartlands Hospital in the UK points out in a paper published in the British Medical Journal, because in fact it is people not buildings that get sick. ‘It is the workers, rather than the building, who suffer from the symptoms, but the cause is with the building and its services […] a general feeling of tiredness is often the most prevalent symptom. It usually starts within a few hours of coming to work and improves within minutes of leaving the building.’

It’s no wonder that symptoms are often regarded as ‘psychological (implying that they don’t really exist)’, writes Burge. After all, feeling fed up at the office and perking up when it’s time to leave is sadly not all that rare in the world of work.

There is evidence of an increase in SBS being reported in SA, says architect Michael Dennett of DV8 Architects, although this is not necessarily the result of more sick buildings. ‘People are more open to reviewing their general health and environments than before. And as awareness increases, attitudes are changing and legislation is changing to promote better environments. 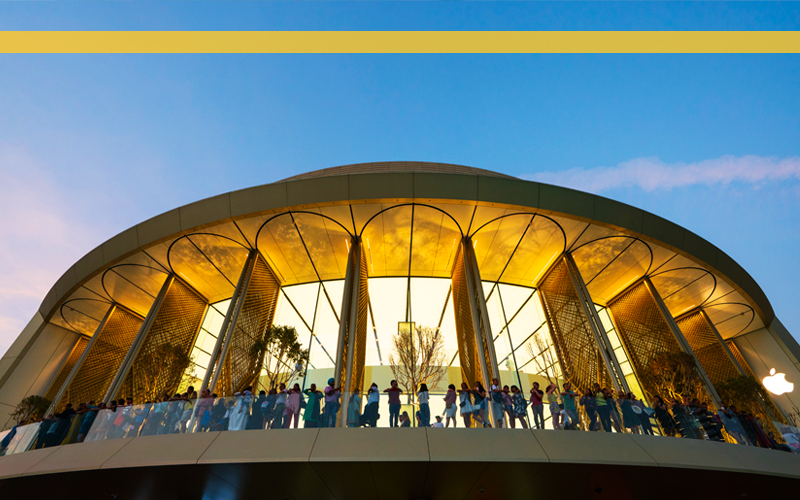 ‘The latest developments in building are very much focused on creating better environments that improve productivity,’ says Dennett, citing the Discovery headquarters in Sandton (with its rooftop running track and an atrium big enough to contain a Boeing 737) and the new Apple store in Dubai as outstanding examples of buildings that optimise employee wellness. The Dubai store features ‘solar wings’ – carbon-fibre screens that protect the indoor space from the sun during the day but open up to the terrace at night.

Instead of responding to an energy crisis by reducing the ventilation rate, building designers are reducing energy consumption by analysing orientation, sun movement and prevailing winds to optimise factors such as ventilation and natural light, says Dennett.

A draft document for green-building guidelines being considered by the City of Cape Town devotes a section to SBS and recommends positioning windows to aid air flow, reducing the use of materials with VOC emissions and regularly cleaning and servicing air-conditioning equipment and ducts to prevent microbial growth.

Green buildings aim to eliminate SBS through natural ventilation, natural light, good acoustics and ergonomics, the document states. However positive these developments, they are cold comfort if you happen to be scraping your living in a late-’70s skyscraper where the windows have been sealed for close to 40 years; four decades worth of dust has settled inside the chipboard room dividers; the VOCs emitted by the chemically based carpet glue are off the charts; and the air con spits contaminants into the atmosphere pretty much around the clock.

Where the evidence points to SBS, the owners or managers of a building should launch an indoor air-quality investigation, the US Environmental Protection Agency recommends in a fact sheet on sick building syndrome.

Such an investigation generally involves systematically collecting information about the four basic factors that influence indoor air quality: the occupants; the HVAC systems; possible pollutant pathways; and potential contaminant sources. A process of formulating hypotheses, testing and evaluating them then ensues until the problem is solved.

Solutions usually involve a combination of removing known pollutants and increasing ventilation rates and air distribution, and they almost invariably entail cleaning or upgrading the HVAC system – although, given evidence that SBS is much more likely to occur in air-conditioned than naturally ventilated buildings, relocating to literally greener pastures may offer a longer-term solution.

While the building service engineers and occupation hygienists do their detective work, management would be wise to do some introspection, UK government agency Health and Safety Executive (HSE) suggests in its publication on how to deal with sick building syndrome.

‘Although there is little direct evidence that management and work organisation systems can cause SBS, it is very likely that dissatisfaction with the job and working conditions can exacerbate symptoms,’ it states, noting that symptoms are more likely to be reported among those who have least control over their working environment (including the ability to alter heating, ventilation and lighting) and little or no say over how their work is organised. Proper job design may not provide a cure for sick building syndrome, but it can go a long way towards making everyone feel better, states the HSE.

Note to management: it’s going to take more than a pizza night to fix this.

Jane Molony, executive director of PAMSA, on how paper and its  by-products are a... END_OF_DOCUMENT_TOKEN_TO_BE_REPLACED