It was the most tweetable quote of 2019’s African Utility Week. According to Jay Bhagwan, executive manager of water use and waste management at the Water Research Commission, it is easier to get a McDonald’s burger in some rural SA towns than it is to get clean drinking water. ‘In some rural areas, local governments are failing. You need to under-stand that,’ Bhagwan told delegates. ‘You can get a Shell garage or a McDonald’s, but not good, clean water. It’s a failure of our public service model.’

Those comments were particularly eye-watering, given that the conference was held in Cape Town, a city that is only now starting to emerge from unprecedented, Day Zero-clouded droughts and water shortages. But they echoed what Michelle Toxopeüs, a legal researcher at the Helen Suzman Foundation, had written just weeks before about the urgent need for SA’s government, municipalities, homes and businesses to conserve water more effectively.

‘Owing largely to the poor conditions of wastewater-treatment facilities, excessive amounts of raw sewage is contaminating water sources and severely affecting the quality of water,’ Toxopeüs wrote in a brief. ‘Added to this is the threat that acid mine drainage poses to water resources, particularly as one of the biggest risks to water security in the Vaal river system. The increase in pollutants means that water will need to be treated at even higher standards. But the state of South Africa’s water-treatment facilities is dismal. And department intervention in eliminating pollution, particularly in strategic water resources like the Vaal river, has been slow.’

SA’s ongoing water crisis, then, is not only in terms of supply: it’s of quality too. Worryingly, the annual Green and Blue Dot reports (compiled by government) on the quality of the country’s water resources, have dried up over the past few years. In October 2018, Parliament’s portfolio committee on Water and Sanitation publicly reprimanded the then Department of Water and Sanitation for its ‘laxity’ in getting the reports out. ‘It is unacceptable that the 2016 reports are still in draft stage in 2018. We are of the view that department officials are getting paid for doing nothing,’ committee chairman Mlungisi Johnson said in a fiery statement. 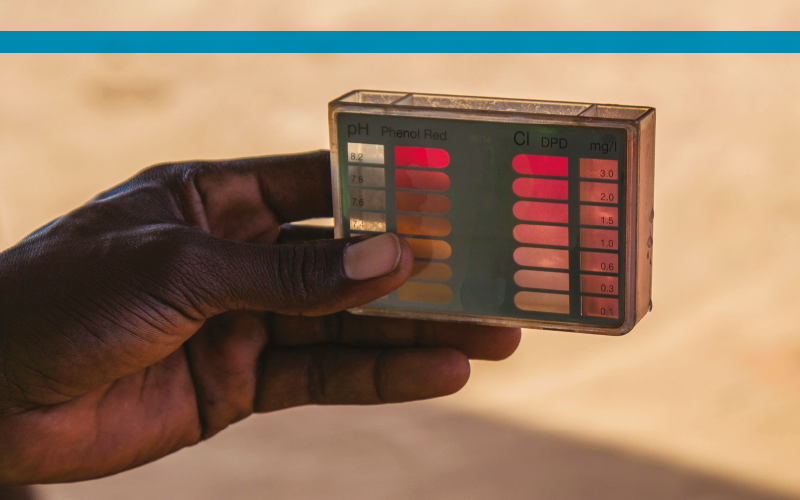 For some, the department’s silence was deafening – and an indication that the water-quality crisis might in fact be far worse than widely believed. Ominously, the most recent completed report, dated 2014, shows a decrease in the National Blue Drop score from 87.6% in 2012 to 79.64% in 2014. In the dry years since then, it stands to reason that the quality of SA’s water dropped along with the volumes in the nation’s dams and reservoirs.

However, this crisis could present several opportunities in terms of innovation and investment. In a statement released after Webber Wentzel’s When the Wells Run Dry seminar, held in Sandton in the summer of 2017/18, Garyn Rapson, a partner at the legal firm, points out that ‘realistically, innovation in the water space is unlikely to come from government, so the charge is going to have to be led by the private sector. Make no mistake, there is nothing philanthropic about business investing into large-scale water projects. Rather it may become a strategic imperative if business wishes to continue operating effectively in this country’.

One of the case studies discussed at that seminar was the eMalahleni Recycling Water Project in Witbank. This state-of-the-art mine acid draining recycling plant – built on the back of a R300 million investment by Anglo American – not only ensures that its participating mines are self-sufficient in terms of their water supply, but also enables them to supply drinking water to the local municipality. The project has been lauded globally as a model of effective water management. Yet despite its successes, the eMalahleni Recycling Water Project has not been replicated – partly because of financing and partly, according to the consensus at the seminar, because of cumbersome red tape. ‘Regulation around water and the supply of water is very complicated,’ says Rapson. ‘And it is very intricate in terms of the approvals needed to set up these types of projects. You are going to need a suite of environmental approvals, water services consents and municipal approvals.’

So where does this leave SA’s corporates, or homes, or smaller businesses? And what does it mean for water-treatment facilities in new builds, of any size? Many of those questions remain unanswered, in part due to a lack of information on which to base the necessary decisions. As Hlamulo Makelane, a research fellow at the Nelson Mandela University, told delegates at African Utility Week, SA’s funding for water research declined between 2009/10 and 2013/14. ‘The expenditure in water R&D declined by approximately 45% over the five-year period,’ she said. ‘This is scary because as we speak the country has a water road map and I hope we will be putting up more money.’

Makelane emphasised the need for research and development, as ‘it can lead to creative solutions and help influence how people and society behave’, and for inter-sectoral funding between government and the private sector. ‘We need to encourage collaboration,’ she said. ‘Government policy on water should be informed by research and development so that we do not end up doing what we have always done. We need creative solutions to translate research into usable information.’

Meanwhile, Rose Alabaster, co-chair of the GEO Observation Global Water Sustainability initiative, suggested in her presentation at African Utility Week that data collection and analysis could help with water management at a national and regional level. ‘The historical data available from the South African National Space Agency and even NASA can be used to model how much water is available in a region and can enable one to make predictions,’ she said. ‘Decision making in water resources planning and management needs support, and this can come from the improved use of Earth observation data and associated analytical tools and services.’ 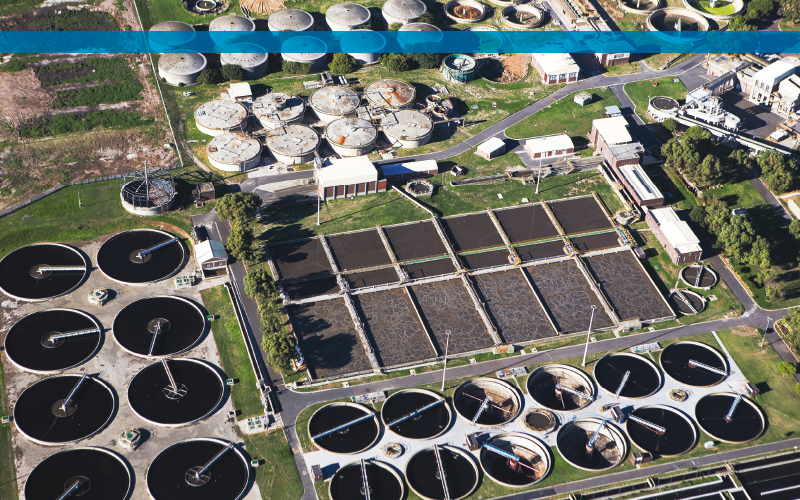 As Alabaster told delegates: ‘Areas to look at using data more effectively include accurate water-quality data collection and analysis, the building of databases on water quality at local level, providing appropriate technology for water remediation – especially for small-scale water systems, and capacity building for water-quality treatment and monitoring.’ She was confirming what is already happening in many cases at a building level – and, with the emergence of internet of things (IoT) technologies, at a localised level. But from a water-management point of view especially, one has to understand how data collection and IoT monitoring work, and what the technology actually does.

‘IoT is about visibility at an affordable, ubiquitous level,’ says Phathizwe Malinga, MD of IoT industry leader SqwidNet. ‘So it’s talking about cheap and visible; not only cheap or only visible. That’s the biggest misconception about IoT, and it’s easy to overcome because people then go: “Oh, I get it, so I’ll know a bit more… But what am I going to do when I know that bit more?” And that’s the whole game. When you know more, you’re able to protect your resource better.’ When Malinga explains IoT to clients, he uses the example of Waze, the traffic navigation mobile app. ‘You’ve got Waze in your car, right? It’s not as if you don’t know where you’re going. Often you know exactly where you’re going, and you’ve driven there a couple of times – so why would you switch on Waze? To beat the traffic. Waze doesn’t move the traffic, and it doesn’t move your car. But because you, as the driver, now know more about the traffic, you’re able to make better decisions. IoT does the same to your business or to the resource you’re trying to manage. The moment you know more, you’re able to make better decisions.’

In terms of water management, the application is pretty clear. Through ongoing, near real-time monitoring of supply and quality, businesses will be able to make better decisions about saving, treating, deploying, recycling and reusing this vital, precious resource. And, based on that, those same businesses – or homes or municipalities, for that matter – will have a platform from which to innovate and to improve water supply and quality … before the proverbial wells really do run dry.

Jane Molony, executive director of PAMSA, on how paper and its  by-products are a... END_OF_DOCUMENT_TOKEN_TO_BE_REPLACED