It’s another scorcher in the city, and you crank up the air con. Heatwaves have been sweeping across SA. Temperatures in Johannesburg have rocketed to 40˚C and residents are urged to stay hydrated and avoid the midday sun.

The Department of Environment, Forestry and Fisheries expects extreme weather events to increase, ‘with heatwave conditions found to be more likely [and] dry spell durations lengthening slightly’. Average temperatures could rise by more than 4˚C in the worst-case (‘low mitigation’) scenario, and more than 6˚C in the country’s western, central and northern interior, according to the National Climate Change Adaptation Strategy.

But while our cities are getting hotter, our offices, shopping centres, public buildings, cars and even the Gautrain are getting cooler – thanks to air-conditioning and chilling systems that have become ubiquitous in urban SA.

Those who can afford them are installing air conditioners in places where they never imagined needing them, such as garages and outdoor entertainment areas. Before long, urban professionals will be walking through Johannesburg, Pretoria, and Durban wearing their personal air con on their wrist. Such portable thermostats already exist: check out the Embr Wave bracelet or Sony’s Reon Pocket.

So what’s the problem? For one, our urban cooling efforts create a vicious circle that actually makes the city hotter. Air conditioning (just like cars and industrial processes) exacerbates the urban heat island (UHI) effect that increases the temperature in the city, which leads us to yank up the cooling system.

‘Warmer cities mean increased energy demand for cooling needs, which in turn will increase greenhouse gas emissions. Higher temperatures also put a strain on infrastructure such as roads, pavements and railways and, ultimately, have negative effects on human health and comfort,’ says the CSIR.

To make matters worse, sweltering cities affect low-income households and township residents more negatively than those who live in high-end, inner-city apartments and leafy suburbs. SA’s inequality gap is about to widen further, by dividing society into what a British journalist has called ‘the cool haves and the hot have-nots’. 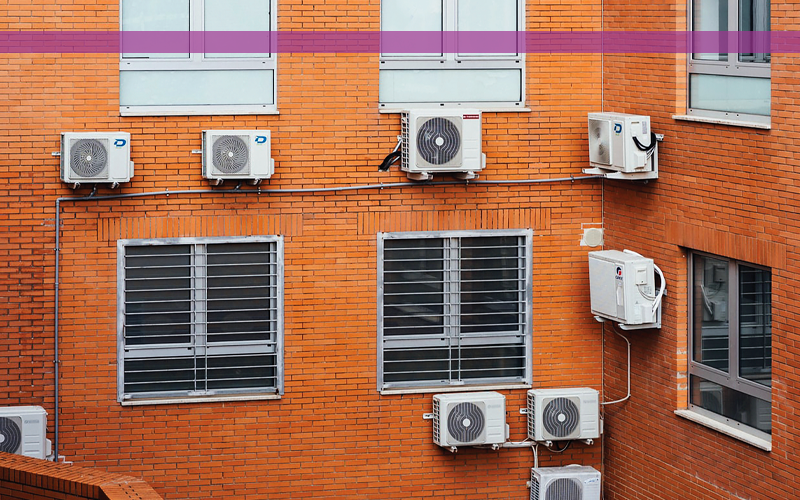 Fortunately there are ways to cool down cities in a more sustainable and inclusive way. SA’s metro municipalities issue health-related heat-wave warnings and advice on how to keep cool, and some have started to explore how urban and spatial planning could reduce the heat burden in their respective cities.

The CSIR has developed a modelling capability for eThekwini and, more recently, partnered with Tshwane to help them adapt to climate change and associated rises in temperature. The detailed ‘heat maps’ use data from eThekwini’s spatial development plan, combining it with modelled temperature projections and urban surface-cover data, such as roads, buildings and vegetation.

‘Our urban climate maps can inform city-scale climate-change interventions rather than at the building scale,’ says Yerdashin Padayachi, CSIR environmental scientist. ‘We have highlighted hot spots in the municipality with greater thermal load and households that are the most vulnerable to heat stress, which tend to be located in dense human settlements, particularly around townships.

‘One of our recommendations for municipalities relates to the way government-subsidised settlements are built, to preserve and improve green environmental assets, which are frequently compromised for the sake of providing decent housing.’

Less vegetation means that people are more exposed to the UHI effect, where temperatures in cities are significantly warmer than the surrounding areas as a result of human activities. 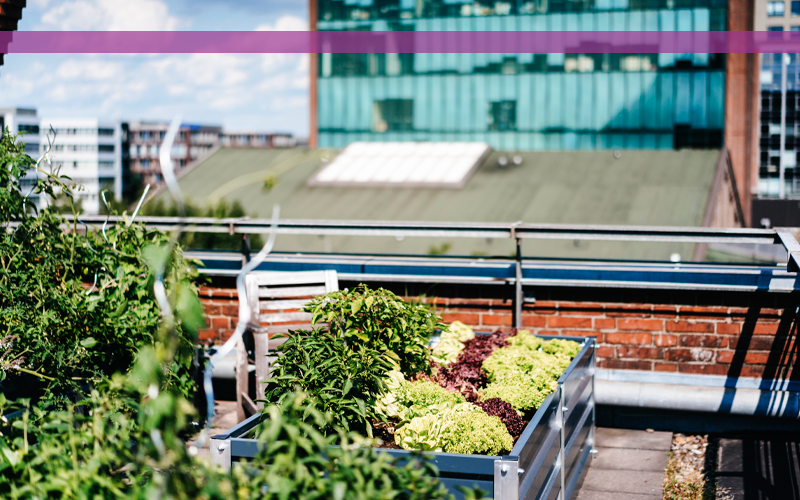 Three key causes for UHI are the construction materials used in buildings and roads; air pollution and the waste heat released by cars, air cons and industry; and the layout and design of a city – known as geometry – which can result in ‘urban canyons’ between tall buildings that trap heat at street level.

‘We assessed the cooling benefits that come with the presence of vegetation cover, water bodies and the prevailing winds across the municipalities,’ says Padayachi, who is researching another urban cooling method – ventilation corridors – as part of his PhD thesis. He explains that the modelling of wind patterns can assist urban designers in optimising the positioning of new buildings to preserve existing wind paths, to avoid heat traps and maximise fresh-air flow in the city.

While some large metro municipalities have been trying to develop a city-wide heat-planning strategy, things are moving slowly because of the required alignment with socio-economic development priorities and budgets, across various departments. Yet quick action is paramount.

SANEDI’s cool surfaces project started with reflective roofs to cool down low-income settlements and public buildings, and it is now being extended to walls and road surfaces. Studies have long proved that dark building materials absorb and retain more heat from sunlight than lighter-coloured ones.

‘The two basic characteristics that determine the “coolness” of a roof are solar reflectance and thermal emittance,’ says Lundall. ‘Reflective roof surfaces not only have an impact on individual buildings, but positioning them across a whole community can have a net effect on reducing the overall local temperature.

‘In our large-scale study in the Northern Cape, 27 500 m2 of roof surface was cool coated to combat the UHI effect in the solar corridor. Indoor temperatures were successfully reduced from ambient temperature by a consistent 2˚C to 4˚C.’

While this may not sound much, the lower temperature makes the hot climate more bearable for the residents and is improving their health and productivity. Cool roofs can also make a positive difference in air-conditioned office blocks where they are reducing air-con energy consumption by up to 20% on the top floor.

SANEDI is one of 10 global teams that were awarded $100 000 in the global Million Cool Roofs Challenge to deploy solar-reflective coating and/or materials. The government agency is competing for the $1 million grand prize in 2021 for the most sustainable and transferable results.

‘Planning is under way for a cool roads pilot to optimise the impact of other city-cooling efforts,’ says Lundall. She explains that the coating for roads needs to be a light grey colour rather than bright white as to be reflective but not blinding.

By the end of 2021, Lundall plans to have conducted experiments on three qualities of cool roads and paving in Limpopo. ‘One for outdoor foot traffic – playgrounds and pavements; one for light vehicular traffic – outdoor parking lots and driveways; and another one for heavy duty, intensive traffic – highways with constant streams of cars, buses, trucks.’

Another inexpensive, low-tech intervention is greening cities. Vegetation can absorb heat and provide natural shading through the greening of roofs and roadsides, and re-foresting of inner cities. ‘Trees act to provide shade during the day and reduce night-time urban temperatures by ameliorating the UHI effect,’ states the City of Joburg’s Climate Change Adaptation Plan, which highlights its tree-planting programmes, including the 300 000-tree Greening Soweto initiative.

Anne Fitchett, assistant dean at Wits University’s faculty of Engineering and the Built Environment, has researched how buildings in Johannesburg could benefit from green roofs. She found the greatest cooling potential to be in the inner city with its reinforced concrete buildings and high percentage of dark surfaces on the roads and asphalt parking areas. ‘The reinforced concrete buildings are mostly flat roofed, so this is a perfect opportunity for green roofs,’ says Fitchett, who is hoping to engage further with the Wits School of Mathematics, where members of a study group used green-roof UHI as one of their topics.

‘The Mathematics in Industry study group found that using cool roof finishes on the sloping roofs, and green roofs on the flat roofs, would be the optimal solution,’ she adds.

However, for city greening to have a genuine cooling impact, it’s not enough to green individual private rooftops or ad hoc city projects, according to Jonathan Edkins, CEO of the Vusa Collaborative in Durban and retired head of eThekwini City Architects. ‘The Singapore model, through which development-planning legislation requires a set percentage of green roof or vertical gardens per square metre of bulk development, certainly has had a positive effect and should be investigated further to establish a similar South African application or derivative. 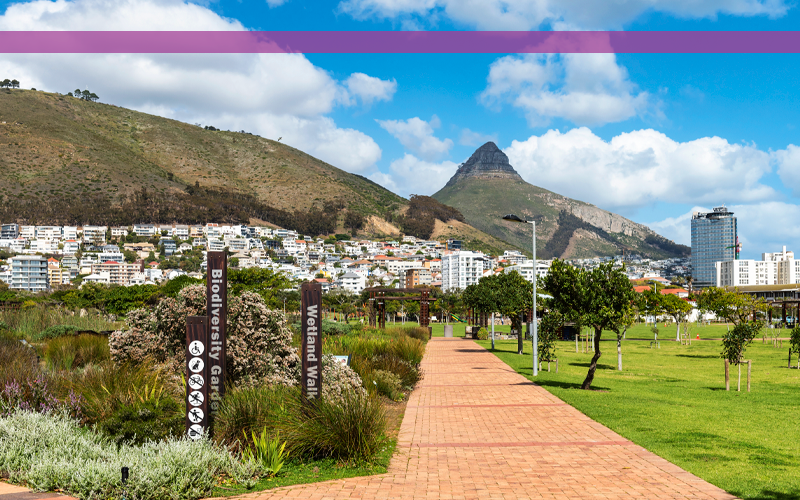 ‘Other approaches need to be coupled with major development opportunities in the inner city, particularly where public land underlies the initiative. For example, any new residential buildings or conversions in the inner city could be approved only with undertakings for monitored “greening”, requiring effective planting at ground and upper levels,’ he says.

‘Other major projects in Durban’s inner city should be offered subject to extensive indigenous tree planting – not just the ubiquitous palm trees – to re-establish the city’s sub-tropical flavour and capture all of the concomitant benefits, including mitigation of heat islands.’

Sometimes greening programmes compete with other initiatives whose financial benefits are easier to demonstrate, such as renewable-energy generation. Edkins gives the example of Nedbank, which prioritised solar-power installations on its flat roofs in Durban rather than using the space for roof gardens or farms. ‘There is room for green roof farms and solar-power panels to coexist, but property owners in the current economic climate are understandably risk-averse.

‘It’s important that integrated plans are driven by the municipalities that address heat-island effects as important components of developing resilience to climate change.’

A national cooling roadmap would go a long way towards helping urban planners and the people who live and work in city to become more ‘heat smart’. Urgent action is required to equip SA’s cities to deal with rising temperatures and to keep their residents healthy and productive, without having to crank up the air con.