SA’s glass industry can justifiably raise, well, a glass to itself. With a reported 82% of glass packaging now diverted from landfill each year, glass recycling is a real success story. So what is the industry getting right? A number of things, according to Shabeer Jhetam, CEO of the Glass Recycling Company, SA’s official glass producer responsibility organisation (PRO). ‘Primarily it’s a result of the setting up of buy-back centres and entrepreneurs – primarily historically disadvantaged South Africans, whom we support as SMEs – who buy cullet [waste glass] from people who collect it,’ he says.

As in many other developing countries, SA has an informal ‘collector market’ where an estimated 50 000 individual entrepreneurs gather used glass and sell it on to buy-back centres. ‘Our success is also due to the infrastructure of more than 4 000 glass banks that we have throughout the country. But you also can’t discount our significant above-the-line marketing and communication, and below-the-line public relations initiatives, where we create awareness on glass recycling and the reuse of returnable bottles.’

Jhetam also highlights the country’s ‘very efficient’ returnable glass system, whereby beverage manufacturers sterilise, inspect and refill used bottles – including beer quarts, glass soft-drink bottles and spirit and liquor bottles – for reuse in the market. This allows the average SA returnable beer bottle to be refilled and reused 21 times in its environmentally friendly life cycle. It also means that even though South Africans use a collective 2.7 million tons of glass packaging every year, the industry only needs to produce 0.8 million tons. ‘As a result of the returnable float that certain brand owners have, and what we recycle, more than 80% of all glass that is placed into the market annually is diverted from landfill,’ says Jhetam. ‘So if we place 100 tons, at least 80 tons will not end up in landfill, which compares with international standards.’

Industry leader Consol notes in a recent statement that recycling glass isn’t about virtue signalling or patting ourselves on the back. ‘It makes a real difference – saving energy, water and natural resources, lowering greenhouse gas emissions, while reducing the need for raw material and reducing waste at landfills. That’s because glass is infinitely recyclable, without adversely affecting quality. Returnable (refillable) glass bottles, for example, can be used as many as 30 times before needing to be recycled, dramatically reducing our carbon footprint. By contrast, recycled glass not only melts at a lower temperature, thereby reducing energy requirements, but nothing is lost in the melting process. For this reason, we use as much as 40% of cullet in our material batches.’ So SA’s glass recycling picture is a rosy one indeed … for now. But a combination of evolving market trends and a controversial new tax might change all of that. 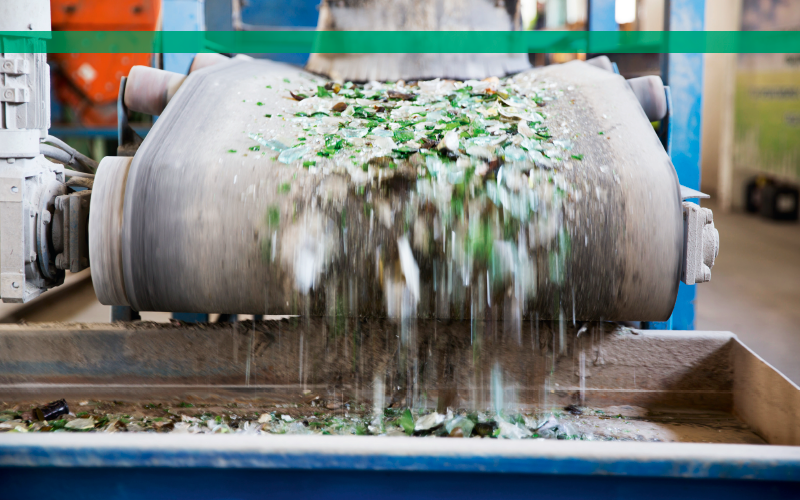 In April 2018 Consol announced its intention to float on the JSE’s Main Board for the first time since going private in 2007. The company ultimately abandoned those plans, citing unfavourable market conditions, but its initial statement to investors carried an interesting prediction. Consol states that it expects the consumption of beer and alcopop drinks to drive 3% to 4% growth in the SA market for new glass bottles, while elsewhere in Africa it predicted that bottle volumes could spike as increasingly wealthy consumers turned their backs on reusable/returnable units. ‘Returnable beer bottles are widely used across Africa, especially among demographics in which disposable income is low,’ the company adds, noting that as disposable income increases, beer drinkers ‘are typically willing to pay more for premium products that are more likely to be packaged in non-returnable glass’.

According to the announcement, Consol’s senior management ‘believes that the shift towards consumption of perceived “premium” products (“premiumisation”) and the increasing consumption of beer from legal vendors, as opposed to illicit sources, may see consumers “trade up” from returnable to non-returnable glass bottles’. That’s good news for share prices down at the glass factory; potentially bad news for those impressive recycling statistics.

Added to that is a proposed new tax on waste generators that the Department of Environment, Forestry and Fisheries is empowered to introduce under the National Environmental Management Waste Act, 2008 (Act No. 59 of 2008), and which it is believed to be seriously considering. As Hugh Tyrrell, director of environmental communications consultancy GreenEdge, writes in Business Day, such a tax would ‘profoundly affect the wider recycling industry, and especially the producer responsibility organisations’.

While industry is pushing for funds generated through waste-management charges to be used only for that purpose, Tyrrell points out that ‘revenue from a proposed waste tax will (according to the Treasury rules) not be able to be ring fenced for the recycling economy. This is being seen by industry as unfair. Worse still, if the tax hits the large producer companies and brand owners who fund the PROs, they are likely to resist paying a “double” tax – both the government tax and their own industry levy – to the PROs’. Of the two, a levy is optional while a tax would be mandatory – which would mean that the PROs could lose their main source of income. ‘The country’s recycling industry infrastructure, which has taken decades to construct, may start to collapse like a proverbial pack of cards,’ says Tyrrell. ‘Income and job losses would be huge, affecting a section of society that needs it most.’ Many of those job losses would, of course, be among the informal collectors who currently fuel the very successful recycling industry.

That’s the worst-case scenario the entire packaging industry is hoping to avoid. ‘As Packaging South Africa, which is the umbrella body for all the different packaging producer responsibility organisations – including glass recycling, plastic, and so on – we have submitted an industry waste management plan,’ says Jhetam. ‘Its aim is to increase recycling volumes and diversion from landfill, coupled with significant emphasis on transformation, job creation and black industrialisation. That plan is not based on a tax; it’s based on an extended producer responsibility fee, which we want to be industry managed and industry-funded.’ 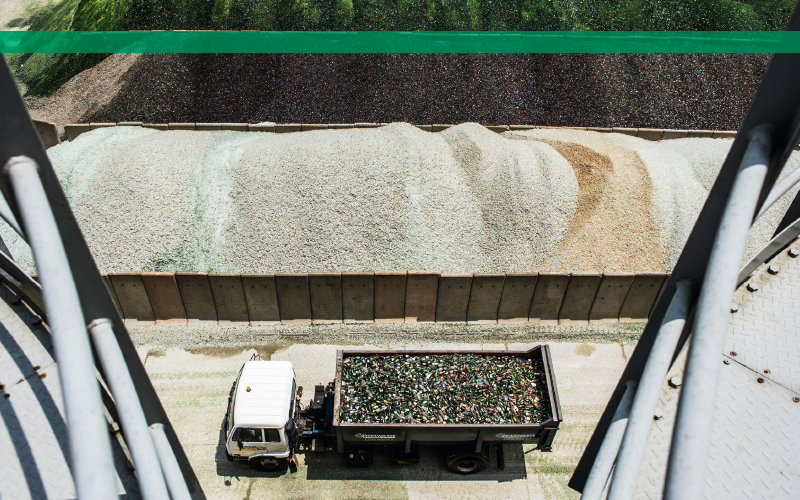 The fee, however, would not be a tax. If it were, he explains, ‘that would go into the national fiscus, and there’s no guarantee that the PROs would get all the funds back. That would have negative impacts on the significant efforts we have made in terms of glass recycling, and recycling of other packaging materials in South Africa. In fact, the target we set in our plan over a five-year period will be to recover packaging at 66.9%, which is higher than the European target of 65% of packaging by 2025’. As for glass, the Glass Recycling Company recorded a 41.5% collection rate in its 2016/17 financial year. Under the five-year plan, it intends to increase its collection targets to 51.2% by 2023. ‘That’s definitely achievable,’ says Jhetam. What would also make a big difference, he adds, ‘is mandatory separation at source, which most European countries have as well’.

Currently, SA does not have punitive mandatory legislation in place that requires recyclable material (including glass, paper, metal and certain plastics) to be separated from the waste stream in homes, offices, restaurants and bars. Looking at Packaging South Africa’s five-year plan, if the local glass industry were to mandate separation at source, collection targets would immediately jump from 41.5% to 46.4% in 2019, before growing to 65.4% by 2023.

While plans are put forward, taxes are proposed and market trends are analysed, thousands of informal collectors across SA continue to pick up empty glass bottles, before selling them on to local recycling centres. Consumers continue to drink beer out of reusable glass bottles, oblivious to the fact that a dozen other drinkers have taken a swig out of the same bottle before them. And, in collection centres all over the country, each bottle that goes into the system to be cleaned and reused or crushed and recycled, avoids going to landfill, which is, ultimately, the desired result, whether you’re a manufacturer, a PRO, a government department or a concerned environmental citizen.