When the Southern African Institute of Steel Construction announced its annual award winners at the end of 2020, there was a surprising gem hidden among the short-listed candidates. There, in between the complex infrastructure projects (Baakens Valley pedestrian bridge), the statement buildings (Barloworld and Caterpillar’s breathtaking head office/showroom) and the trendy addresses (144 Oxford Street, Rosebank), the judges gave a nod to three prefab cabins at Dwarsberg Trout Hideaway. Located in the remote mountains outside Rawsonville, these ‘pods’ received a commendation in the innovation and sustainability category.

The build was managed by SPAAS, which made its name manufacturing flat-pack office furniture. The shift to easy-to-erect living spaces was a natural next step for the business, says co-owner Dean Westmore. ‘Lightweight steel is so accurate. It comes perfectly square,’ he says.

‘To give you an idea of what it’s like to work with, let’s take a 12m-wide pod: a two-bedroom, two-bathroom cabin in the hills. You’ll order it on a Monday; the steel gets rolled; one week later it arrives; and eight hours later the structure is up. It’s not messy, you don’t need a team of labourers and the build takes half the time of a traditional structure.’

Thanks to the matte, charcoal finish, the units also look gorgeous. ‘We like the dark, corrugated finish because it has a very long lifespan,’ says Westmore. ‘We like it even more because instead of a big white house on the hill in the middle of a nature reserve, the pod looks like a shadow on the mountain.’

SPAAS’ pods are the sexy, award-hogging poster child of an industry-wide shift towards lightweight steel (LWS). As Westmore explains, the material is square, accurate, environmentally friendly and extremely strong. There’s precious little wastage too: the components are precision manufactured, the installation is quick and easy, and the final structure has minimal impact on the environment. And it’s not only good for luxury cabins on Breede River trout farms. ‘We recently built 10 very cost-effective pods in Knysna for use as quarantine rooms, with the idea being that they will be converted into office space after the pandemic,’ says Westmore. ‘We’ve also just finished work on low-cost housing apartments in Fish Hoek.’

The Fish Hoek project is particularly interesting in the context of where LWS might go next. The project is located in a distinctly unfashionable three-storey building on the main drag of the sleepy seaside suburb on Cape Town’s South Peninsula. The top storey has eight traditional, low-cost units, and the ground floor has a second-hand shop, a tattoo parlour and a Pep store.

‘We converted the middle storey from a parking lot into 17 studio apartments, using lightweight steel,’ says Westmore. ‘Because we’re using LWS, the engineer came in and said, “You can basically do whatever you want. As many walls as you want. Go for it.” If we’d been building traditionally, we wouldn’t have been able to put that weight load on that building.’

As the SPAAS projects demonstrate, prefabricated steel buildings are ideal for contractors or builders who need a flexible, low-cost solution. They’re customisable, durable, eco-friendly and almost entirely maintenance-free. (Westmore says the structural portion of the pods, for example, will ‘last forever’, while the corrugated panels will ‘last for about 60 or 70 years’.)

A significant benefit is that steel is 100% recyclable, with most of the steel used in construction today recycled from other uses. So if those trout farm cabins ever lose their appeal, they can – in theory –be recycled and used somewhere else instead of being broken down and taken to a Rawsonville landfill.

Stephen Carr, a research fellow in energy physics at the UK’s University of South Wales, points out that steel has a high strength-to-weight ratio and is relatively cheap to produce – qualities that make it invaluable in construction and the car industry.

‘As a major component of wind turbines, steel will be a big part of the transition to green energy too,’ he writes in the Conversation. ‘That’s partially why the global demand for steel is forecast to increase by more than a third by 2050.’ But this, Carr explains, could be bad news for the planet, as steel manufacturing already accounts for 7% of CO2 emissions worldwide. ‘The world needs to find a way to make lots of steel while reducing the industry’s carbon footprint,’ he says.

What complicates the issue is that, according to a 2015 Yale University study, 85% of stainless steel is already recycled after its first use. ‘There’s little room to increase the percentage of scrap in new steel in Europe,’ says Carr. ‘So manufacturing steel from iron ore will still be necessary in the future.’

According to the Bureau of International Recycling (BIR), about 630 million tons of steel scrap is recycled around the world every year. This, the BIR claims in its recent global report, saves about 950 million tons of CO2 emissions that would have come from the production of virgin steel – which is more than the CO2 emissions of the entire EU transportation sector.

China is the world’s largest steel-scrap user, according to the BIR’s data, with steel scrap consumption in the country increasing 15% from 2018 (187.77 million tons) to 2019 (215.93 million tons). The proportion of steel scrap used in the country’s steel production also climbed to 21.7% in 2019, mainly due to higher pollutant-emission standards.

That’s sure to increase in 2021. On New Year’s Day, China lifted import restrictions on recycled steel, which had been in place since 31 December 2018. China’s ban on ferrous scrap imports was part of an attempt to isolate itself from the global scrap market and to mend its reputation as a dumping ground for waste metal. As Atlas Commodities CEO Harry Seale told S&P Global, ‘China is making efforts through industrial policy to reduce its carbon footprint by making more of its steel from recycled scrap metal rather than from carbon-intensive raw materials such as iron ore’. 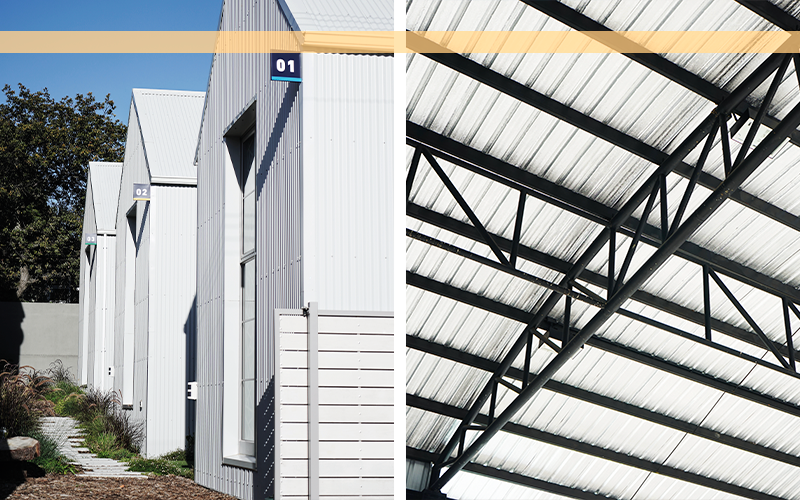 There isn’t much room for improvement, as Carr said. How, then, can industries such as construction increase the percentage of recycled steel that they use in their buildings and bridges… And remote mountain cabins?

Two key players in the value chain – a supplier and an automaker – recently offered a hint.

First, ArcelorMittal in March launched three XCarb initiatives as part of its reduced-, low- and zero-carbon products and steelmaking activities. One of these was XCarb Recycled and Renewably Produced, an umbrella term for products manufactured via an electric arc furnace, where steel is made from recycled material using renewable electricity. As a result, the recycled steel has a carbon footprint that can be as low as 300 kg of CO2 per ton of finished steel (provided the metallics used are 100% scrap). ArcelorMittal says the electricity used in the process is independently verified as coming from renewable sources.

Then, in 2019 global steel company SSAB promised that ‘sometime after 2025, an automaker will have the bragging rights to the first car to feature steel components made via a fossil-free production process’. Instead of CO2 emissions, they said, only H2O (water vapour) would be released during the conversion of iron ore to iron, with that iron then made into steel. ‘Imagine how that automaker’s environmental leadership, and marketing status, will be elevated.’

By mid-2020 SSAB, together with miner LKAB and power company Vattenfell (both owned by the Swedish government), was breaking ground on a pilot plant to test the technology. Their stated aim was to ‘create a completely fossil-free value chain from the mine to finished steel’. Swedish Prime Minister Stefan Löfven hailed it as an ‘historic opportunity to do things that provide jobs here and now’, and to ‘hasten the climate transition that everyone realises is necessary’. Then this past April, automotive giant Volvo came on board, signing an agreement with SSAB to drive research and development on the project. The first concept vehicles are expected to be unveiled later this year, with small-scale serial production commencing in 2022, leading to the gradual escalation towards mass production within the next year or so.

‘We are determined to be a climate-neutral company by 2050, in line with the Paris Agreement,’ says Volvo Group CEO Martin Lundstedt. ‘This means that our vehicles and machines will be emission-free when in operation but also that we will review the materials, like steel, used in our products and will gradually switch to fossil-free alternatives here as well. This is an important step on the road to completely climate-neutral transport.’

Swedish concept cars may seem a world removed from cabins in the Western Cape, but the two are clearly linked. The same steel that’s used in those chic pods could, ultimately, end up being recycled and reused in luxury automobiles. That’s the magic of steel.