If you are reading this at your desk, have a look around. What is on your desk aside from your laptop and landline and perhaps an empty coffee cup? A notebook, pen and a tidy stack of papers? A small pot plant perhaps? On the partition between your desk and your co-worker’s (because who has an office anymore?) are there pictures of a partner, kids and the family dog? A card the kids made for your last birthday, the menu from your favourite lunch spot that delivers, and a motivational quote you downloaded from the internet? What about a cardigan you keep draped over the back of your chair in case the air con loses its mind again?

If you manage a team – or a division or an entire company – have your employees personalised their desks in this way? Or have you declared personalised workspaces the enemy of productivity (like they may have taught you in management school), and banned these distractions from every desk? Did your employees comply? Did you explain the penalties for thumb-tacking cat pictures to the privacy screen? What are they? And have your employees become more productive as a result?

These questions are at the intersection of two schools of thought concerning the relationship between personalised workspaces and productivity. And with both these beliefs gathering steam, the inevitable collision is bound to cause ripples in your workplace, so the time to develop your position on it is now. In one corner you have the champions for clean, unadulterated workplaces who take their cue from either of two powerful management theories – Six Sigma and Lean.

Six Sigma is the process improvement strategy that Jack Welch credits for his success at General Electric, the value of which rose by 4 000% during his tenure as CEO. It’s a pretty complicated system but the aspect that relates directly to workplace personalisation is that in the pursuit of predictability and standardisation it rules out everything not central to any task as wasteful.

According to Chris Cutter, CEO and founder of San Francisco-based employee wellness consultancy LifeDojo, ‘the logic is that if all you have at your desk is what you need to do your job, then you’ll be productive’. Six Sigma has its roots in Japanese manufacturing, as does Lean, a production method whose tenets include the idea that waste is anything that takes up time, resources or space. Managers who adhere to either one of these theories are likely to take a dim view of your productivity-boosting pot plant and your kids’ charmingly wonky drawings.

Six Sigma and Lean have both been criticised as being mired in the ’90s and for stifling creativity and the capacity to generate new ideas and disruptive technologies that, two decades into the new millennium, are recognised as key to business competitiveness. 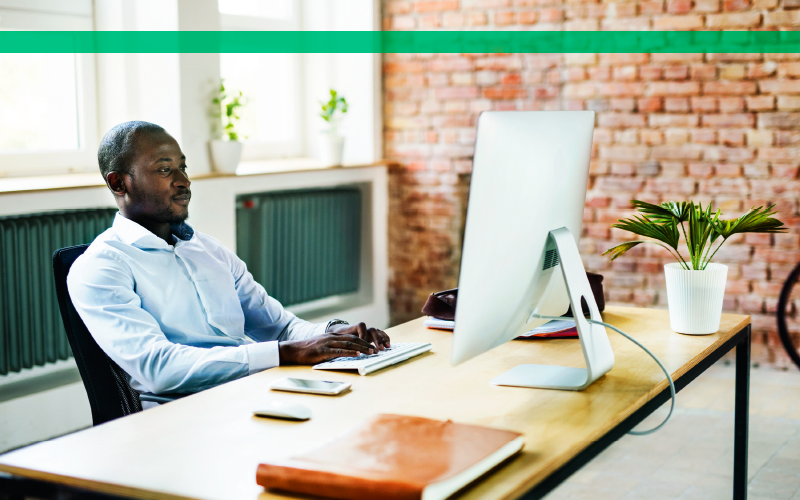 The other assault on your right to leave your personal stamp on your workspace, or even having a dedicated workspace at all, comes from the far more modern idea of desk-sharing. A shared-desk workplace can either take the form of hot-desking (you do not have your own assigned desk but find one when you need it) or on activity-based workspace (different shared spaces are provided for different work activities).

Bond University business lecturer Libby Sander, in an article for academic and research community the Conversation, writes that two-thirds of multinational corporations surveyed by commercial real-estate agent CBRE were planning to implement shared-desk workspaces by 2020. The proponents of desk-sharing don’t pretend to be driven primarily by considerations of productivity. Rather, they are trying to mitigate the costs of office space, which Stander points out are ‘typically the second-biggest costs for organisations’.

The rise in remote working has driven office vacancy up to 40% in some instances, and surveying those empty desks at certain times of the work day has sparked the idea of having fewer desks on the floor than employees on the payroll.

Early reports that desk-sharing may create more problems than it solves cite a variety of reasons, according to office-design expert Jeff Pochepan in a column for business magazine Inc. These range from employee anxiety about not finding a desk or time wasted by settling down at a different workstation, to having to hunt for colleagues or finding the previous user’s pretzel crumbs in the keyboard. And since you’re not likely to migrate from one desk or activity hub to another clutching your personal desk calendar and your African violet, the one thing that any form of desk-sharing takes off the agenda is the opportunity to personalise your desk.

Whereas 1990s management theory wants you to forego the distractions of desktop mementoes, and desk-sharing millennials don’t care what you do with your pot plant as long as you don’t expect to have a desk to put it on, the argument in favour of personalised workspaces typically comes from psychology. There are generally three legs to this argument. One is that personalisation, especially in an open-plan office, facilitates a sense of control of one’s immediate environment that offsets the negative effects of a lack of privacy, itself a productivity killer. Another is that a personalised workplace increases our sense of comfort, which helps us deal with that other notorious productivity-buster: stress.

Finally there is the view that being surrounded by personal items makes us happy and that we work harder when we’re happier. In 2013, a group of US researchers conducted a study involving 87 employees working in administrative and clerical positions at a university.

In their paper in the Journal of Environmental Psychology, they write that workers in open-plan offices obtained a sense of control over their environment by personalising it with items such as photographs, trinkets and children’s drawings. ‘Creating a place of one’s own in an otherwise public workspace environment should further contribute to individuals’ positive cognitive and affective states, resulting in enhanced mental resources, enabling better coping with the potentially debilitating interferences associated with low privacy,’ they write.

They add that ‘individuals may consciously or subconsciously take comfort from the items with which they surround themselves at work, and these items may help employees to maintain emotional energy in the face of the stresses that come from their work and the distractions and difficulties inherent in working in a low-privacy environment’. 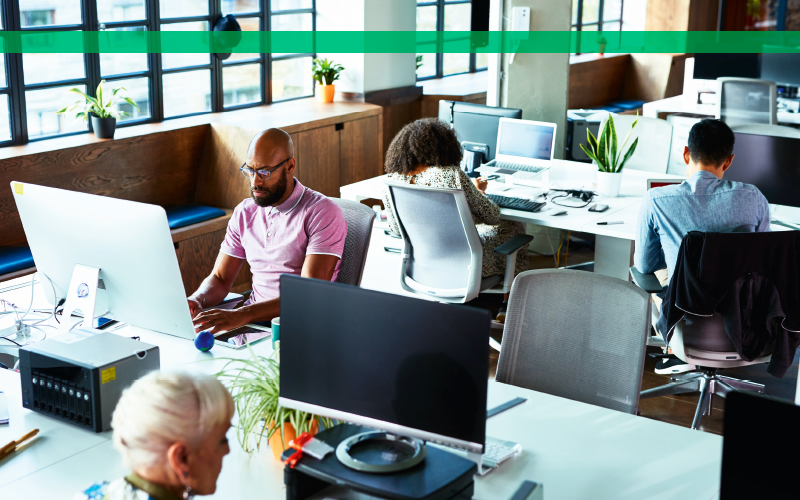 Craig Knight, a psychologist and founder of a UK company that uses science to boost performance, is a proponent of the personalisation-makes-people-happier theory, and he has the numbers to prove it. His research shows that the higher the degree of personalisation, the greater our sense of psychological engagement. People with at least one photograph or pot plant at their workstation were 15% more productive. When they could personalise their workstations in any way they liked, their productivity was boosted by 25%. ‘When we can enrich our space, we’re happier. And we work better when we’re happier,’ he says.

This doesn’t mean that more is better, although Knight’s findings do suggest that the choice of which items to display at their workstation should belong to the employee and to be prescribed in a memo from HR. Desk real-estate is valuable, says Jamie Fertsch, director and co-founder of Xdesk, which creates ergonomic and environmentally sustainable office furniture. But rather than try to restrict personalisation by drawing up lists of suitable items and setting a cap on the number of photographs, Fertsch suggests that employers encourage the right balance between personalisation and clutter by asking employees to limit personal items to ones that are particularly meaningful.

On Melodi Moses’ desk right now is a set of headphones, two or three notebooks (of the kind she likes that doesn’t bleed ink through the pages), a stationery holder, a box containing white markers, whiteboard spray, a stapler, a lint roller and a bottle of tissue oil. The senior HR business partner at Mama Money, a social business money-transfer operator, is firmly in the corner of personalised workspaces. ‘As long as the employee is doing their job and being mindful of their colleagues’ space, there’s no reason to impose limits,’ she says. Moses experienced desk-sharing at a former employer that offered a choice between having a designated desk and hot-desking.

At first, the change of scene helped her get the creative juices flowing and to focus, she says. ‘However, after doing this for several consecutive days, I did miss having my own space where I did not have to worry about someone sitting in my seat tomorrow morning or pilfering my pens. I also missed being around my team members.’

In the modern work environment, where managers are learning that employee engagement is a major driver for productivity, there’s every reason to add a few personal touches, she argues. ‘Besides, a picture of your family reminding you of why you put up with a rude supervisor may be just what you need to get through the day.’

Jane Molony, executive director of PAMSA, on how paper and its  by-products are a... END_OF_DOCUMENT_TOKEN_TO_BE_REPLACED