If you happen to know that Harford is also the author of a 2016 book called Messy: the Power of Disorder to Transform Our Lives, it is easy to guess where he stands on the vexing question of whether or not you should implement a clean desk policy (CDP) in your business. Harford’s view is that such a foray into ‘superficial neatness’ is one for which you will pay the price of deep resentment.

Anastasia Belyh disagrees. A former management consultant and co-founder of entrepreneurial advice website Cleverism, she is firmly on the side of CDP, which she reminds us is ‘a set of corporate rules determining how employees should leave their working space after the work day is over’. The dividends are increased productivity and creativity, according to Belyh, who makes a persuasive case for why you should get your staff to clean up their act. Less clutter means less stress and time wasted, she says, and anyone who has ever ploughed through the papers on their desk searching for a very important document would have to agree.

She cites a study by the National Association of Professional Organisers that found the average employee wastes more than four hours a week looking for items. Belyh writes: ‘If those important papers are evading you, then your heart rate can increase. This in turn has been shown to reduce your concentration and it can further damage your ability to think clearly.’ 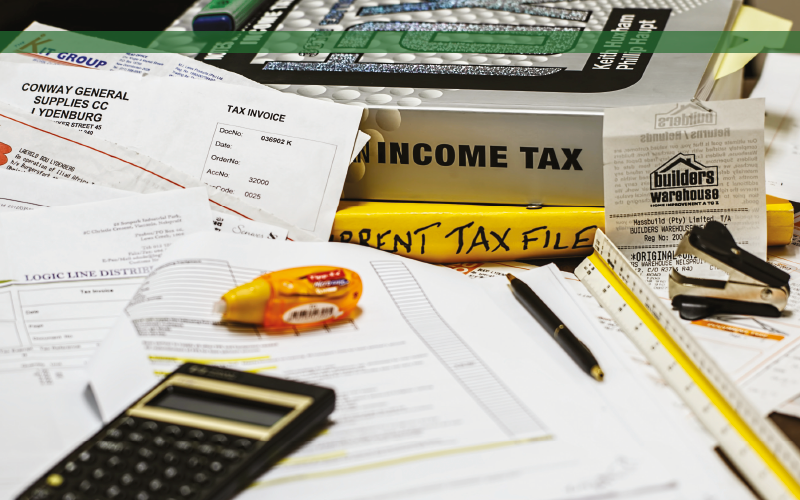 Clean desks make it easier to solve difficult tasks, she says, and with all that time saved, you will have more time to think about creative solutions. Although she acknowledges a finding by University of Minnesota psychological scientist Kathleen Vohs that disorderly environments inspire non-traditional thinking and can therefore produce fresh insights, Belyh ventures that ‘the overall benefits of a clean desk can trump the small boost in innovation’. She recommends that a CDP should have the following three elements: instructions on how desks are to be left, clarity about who will enforce the policy, and the penalties for non-compliance, such as a formal warning or a fine.

The role of CDP-enforcer sounds less than ideal for making friends at the office, but there’s always someone who really misses being a school prefect and who will sign up to police their colleagues’ cubicles with gusto. Tim Harford is having none of that, and in Messy he describes a fascinating experiment that poses a credible challenge to CDP.

First, however, he introduces the 5S system of management, which underlies policies that promote tidiness and uniformity in the workplace. At this point it is worth remembering that world-famous declutterer Marie Kondo, who is basically the Olympic champion of tidying up, is Japanese (the 5S system also originated in Japan).

The five Ss refer to the Japanese words seiri, seiton, seisō, seiketsu and shitsuke. In English: sort, set in order, shine, standardise and sustain. ‘Sort’ means exactly what it says. The first thing your employees will be expected to do once you decide to roll out the 5S system in your business, is sort through everything and keep only what is necessary. ‘Set in order’ is about promoting work flow by placing everything that is left after ‘sort’ in a location that is optimal for its use.

‘Shine’ isn’t quite as bright and cheerful as the word suggests – presumably as the word ‘clean’ doesn’t begin with an S. Because clean is what it means. Mops and dusters at the ready, as the 5S system requires you to shine every day. The goal of ‘standardise’ is to ensure that you do the sorting, setting in order and shining as often as required. And finally, ‘sustain’ relies on developing your self-discipline, with assistance in the form of training sessions and audits, so you can be relied on to carry out all the Ss without having to be told.

Belyh would be very pleased. Harford, on the other hand, is dismayed. To support his counter-argument, he describes a 2010 experiment by psychologists Alexander Haslam and Craig Knight, that is as fascinating for its methodology as for the results. Haslam and Knight set up four different office spaces in each of which participants had to spend an hour doing administrative tasks. They then had to report on the experience.

The first set-up was the ‘lean’ office, so beloved of management gurus; its spartan comforts limited to desk, chair, pencil and paper. In the second setup, the lean office was enriched with some pot plants and a few close-up botanical photographs. The third set-up resembled the second, but in this instance participants were allowed to rearrange the decorative items in the way they preferred. In the fourth set-up, they could also arrange the items to their taste, only to have one of the researchers rearrange everything.

Feedback from participants showed that they found the tidiness of the lean office oppressive. In the enriched set-up, participants got more work done, and reported a better experience. Set-up number three, where participants had a choice of how the decorative items were arranged, or whether they wanted them there at all, was a clear winner. Around 30% more work got done than in the lean office, and participants rated it by far the best experience.

The set-up that scored the lowest in both productivity and morale was number four, a finding that led Haslam and Knight to a generally overlooked insight in the literature around CDP, namely the value of empowerment.

Being able to design their own space had made participants in set-up three feel empowered. And the dismal performance of set-up number four despite having their environment enriched by the same design elements, was directly correlated with disempowerment. As Harford explains: ‘The very worst was to give them the promise of autonomy, and then whisk it away. But who would do such a thing?’

Who would do such a thing are companies that roll out a CDP without taking into account either the degree to which employees value empowerment, or the sense of emotional wellbeing obtained by personalising your work space with a few family photographs, a special birthday card, a potted African violet and a favourite cardigan draped over the back of your chair.

Talent project specialist Yakupha Nkonsinkulu of Prodigy Finance makes an argument for a more balanced approach. ‘My initial thought is, “let’s do it, minimalism creates room for creativity”,’ she says. But having seen desk policies play out differently in the organisations she has been part of, she knows there is value in compromise. ‘High-volume environments like call centres need tidiness as a function of creating order and structure. And if nothing else, CDP promotes good hygiene and cleanliness, which indirectly promotes productivity. At the same time, many people really enjoy displaying family photos and motivational messages on their noticeboards, which can be viewed as symbolising a sense of belonging and emotional connection to one’s work [in an] organisational environment.’ 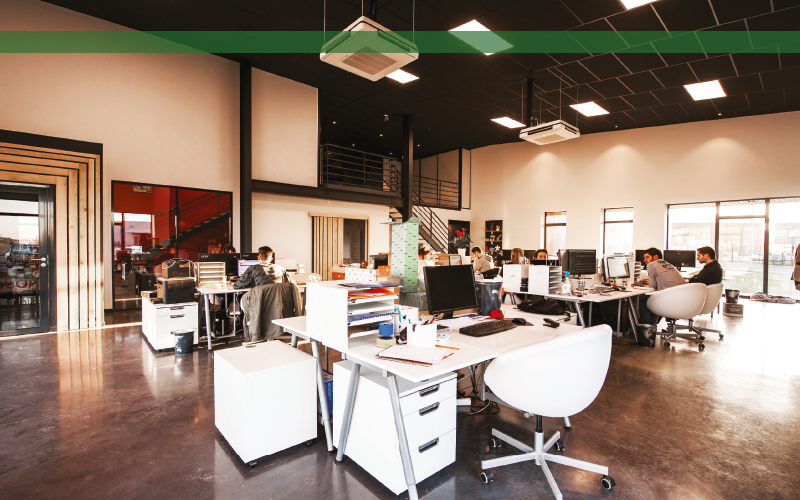 Trends such as hot-desking or working remotely also favour a CDP strategy, says Nkonsinkulu. ‘Companies should agree on a healthy balance between freedom and setting boundaries. Yes, you can bring a pot plant and a framed photograph but no, the office is not the appropriate receptacle for every single thing you feel attached to.’ And go easy on desk snacks, she warns, ‘creepy-crawlies follow’.

An association between clean desks and healthy eating is one of the most intriguing findings to emerge from research about CDPs. Even more surprising is the suggestion that clean desks can make people feel more charitable. Vohs, whose research is cited by Belyh above, describes yet another interesting experiment that showed that ‘clean settings lead people to do good things’.

In this instance, participants were required to fill out a questionnaire, donate to a charity and choose between a chocolate and an apple as a snack. Compared with participants in the cluttered, messy office, those who completed these tasks in a clean and orderly office donated more of their own money to charity and were more likely to choose the apple over the chocolate.

Evidence undermining the thesis that clean desks promote productivity and creativity often references the messy habits of heavy hitters such as Mark Twain, Steve Jobs, Thomas Edison and Albert Einstein. Like most geniuses, says Geoffrey James, writing for the US sales-themed blog Inc, they were simply too busy being geniuses to bother with tidying up.

Another distinguished man of letters, Samuel Johnson, insisted on having his portrait painted behind a cluttered desk, at a time when ‘a clean desk was considered a sign of slothful genius’. And it is rare that a debate about CDP fails to mention this famous Einstein quote: ‘If a cluttered desk is a sign of a cluttered mind, of what, then, is an empty desk a sign?’

James also draws on a study that showed that although people in tidy environments produced the same number of new ideas as those in cluttered ones, the quality of new ideas produced by the messy-room participants was rated as more interesting and more creative. Another perspective engages the principle of causality: it may not be the case that clutter enables creativity so much as that creative people are more likely to generate a bit of a mess. And to counter Tim Harford’s assertion that modern society goes overboard in assigning value to tidiness, there is the argument that workplace creativity and innovation do not enjoy the same currency across all industries.

If your primary goal is to disrupt your industry, then let the clutter and the creativity thrive. But if the success of your enterprise relies on consistent performance in a more conventional context, it may be worthwhile getting everyone to tidy up and let the pictures and the pot plants stay.

Jane Molony, executive director of PAMSA, on how paper and its  by-products are a... END_OF_DOCUMENT_TOKEN_TO_BE_REPLACED