Just before 2018’s festive season retail rush, Mall of Africa in Midrand announced that it would provide power to its 300 shops though a newly installed, integrated renewable energy system. While the effects of the project were felt on the floor in the form of Christmas lights and African summer air conditioning, the scale of the project was best seen from the sky. Up on the mall’s 4.5 ha roof space, a 4 755 kWp PV/diesel hybrid solution was soaking up the sun’s energy and using it to power the mall’s extensive daily operations.

‘In the month that saw South Africa’s government launch an Integrated Resource Plan with a clear prioritisation of renewable energy as the path to our country’s energy security, we are thrilled to be announcing our own innovation in renewable energy generation,’ said Michael Clampett, head of retail asset management at Attacq, which owns Mall of Africa. ‘This project will see the mall produce sufficient power to support its day-to-day electricity requirements while also decreasing its overall carbon footprint – another significant proof point in our sustainability journey.’

It’s a journey more and more businesses across SA – and the world – are taking. As renewable sources of energy (mainly solar and wind) are becoming cheaper and easier to deploy, energy access is expanding, and governments and businesses are expanding energy access to off-grid and on-grid users. But there’s a huge challenge with solar and wind energy, and it’s a problem that’s been pondered for years by poets and power companies alike. How do you catch the wind? How do you bottle and store the sunshine? ‘Solar and wind energy are variable by nature, making it necessary to have an at-scale tailored solution to store the electricity they produce, and use it when it is needed most,’ the World Bank noted ahead of June’s Innovate4Climate conference in Singapore. 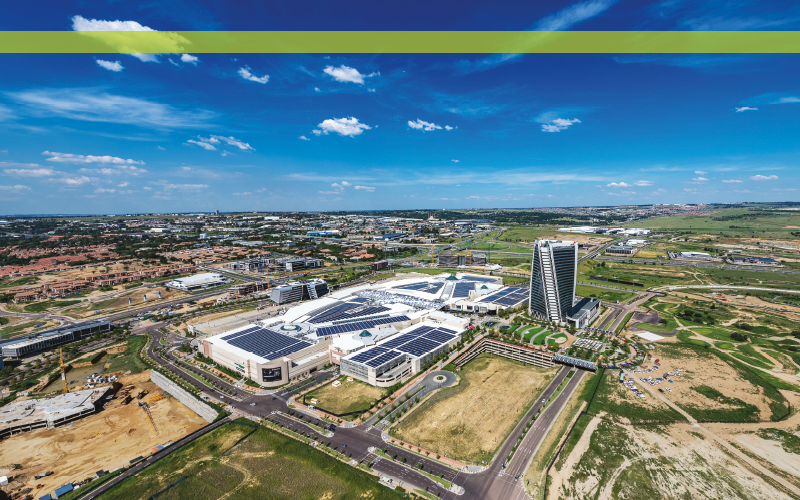 Batteries, of course, are part of the solution. But the current (forgive us) market for batteries is being driven (again, apologies) mainly by the electric-vehicle industry, and most mainstream technologies lack long-duration storage capabilities and sufficient operation and maintenance capacity. This represents a huge marketing opportunity, particularly in sub-Saharan Africa’s developing countries where battery technology is not widely deployed in large-scale energy projects. Here, the World Bank pointed out, ‘nearly 600 million people still live without access to reliable and affordable electricity, despite the region’s significant wind and solar power potential and burgeoning energy demand’.

The World Bank’s statement is important, because it reveals the extent of the expected worldwide demand – and the supply response – for battery storage. ‘Global demand for battery storage is expected to reach 2 800 GWh by 2040 – the equivalent of storing a little more than half of all the renewable energy generated today around the world in a day,’ it said. ‘Power systems around the world will need […] exponentially more storage capacity by 2050 to integrate even more solar and wind energy into the electricity grid.’

Speaking at the project’s launch at the Renewable Energy and Energy Storage Systems Conference held in Cape Town in February, then Minister of Energy Jeff Radebe emphasised that cost-effective and technically advanced energy storage systems are one of the key ingredients to enabling a renewable energy future. ‘Their development, uptake and implementation are therefore necessary and unavoidable,’ he said. ‘For South Africa, it also opens up new opportunities for local manufacturing and job creation in technologies that are set to play a key role in Industry 4.0.’

While a handful of large mines have seen success with massive energy storage facilities, a significant portion of the technology’s growth will come from smaller-scale installations – such as shopping centres, micro-grids and factories. In 2017, AES Energy Storage partnered with San Diego Gas & Electric (sdg&e) to set up two battery-based energy storage sites, totalling 37.5 MW. At its launch, the larger of the sites – a 30 MW, four-hour duration energy storage project located at an SDG&E substation in Escondido, California – was the biggest lithium-ion battery-based energy storage installation in the world.

Meanwhile, in 2015 Siemens set up a 0.5 MW micro-grid on the remote Mediterranean island of Ventotene, which is just off the coast of Italy. As a small island not connected to the national grid, Ventotene provided a useful case study of the potential of energy storage – especially in remote or hard-to-access areas, as one finds in parts of SA. The tiny, 1.75 km2 island uses a hybrid storage system that integrates all existing and new power components into a stable power supply.

Ventotene is a typical Italian island: the sun shines brightly (but not always), the wind blows strongly (but not always), and the tourists come in their droves (but not always). Because of the dips and spikes in supply and demand, solar and wind power would inevitably have to be supplemented by – or, more often, replaced by – a reliable but thirsty diesel generator. The energy storage project immediately brought a 15% fuel saving on the island, with an approximately 55% reduction in gen-set operating hours, and a reduction in CO2 emissions and the maintenance costs associated with the diesel generators.

Whether as a stand-alone system, hybrid or micro-grid, energy storage is increasingly demonstrating its value as a power supply option. And as the technology advances, the notion of what ‘batteries’ are and what they can provide is also changing. ‘No matter what job storage is doing, at the end of the day, it’s just shifting the time or location of power delivery,’ says Fluence chief technology officer Brett Galura. Fluence is a company focused on electric infrastructure and a joint venture between AES and Siemens. 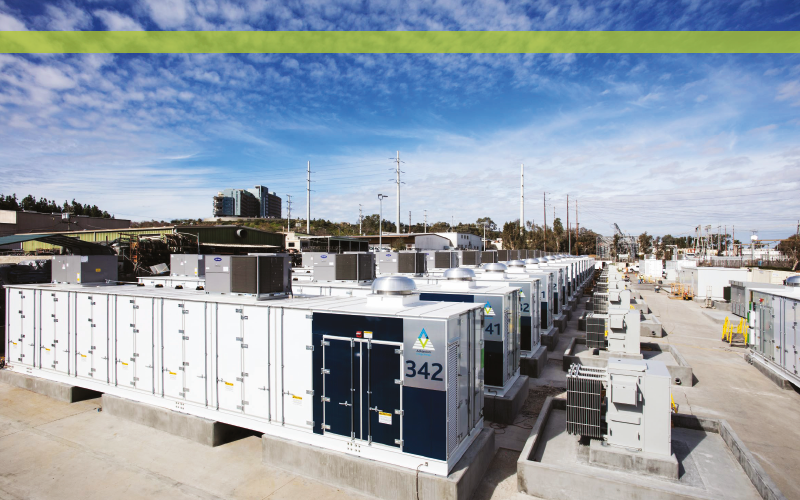 ‘AES started on the generation side; Siemens started behind the meter with C&I [commercial and industrial] customers. The electric network has been missing a very basic ability to buffer its delivery system – and that’s what we’re doing. We’re really putting that buffering capability into the entire network, and that’s going to provide increasing value,’ says Galura. He adds that digital technology also allows for control between various smart devices, enabling the new systems to work together or autonomously.

‘Either way you look at it, the ability of devices to act both independently and be aware of the environment around them will enable us to put storage everywhere,’ he says. ‘You’ll have storage in your LED light bulbs, for example; storage at large power plants to do some of the work that power plants aren’t so good at, to smooth out or firm outputs and inputs.’

Analysts expect the technology development market growth to accelerate as costs and prices continue to fall. ‘Storage prices are dropping much faster than anyone expected, due to the growing market for consumer electronics and demand for electric vehicles (EVs),’ McKinsey partner David Frankel and energy market specialist Amy Wagner write on the company’s website, noting that EV battery-pack costs had dropped below $230 per kWh in 2016, compared with almost $1 000 per kWh in 2010.

‘McKinsey research has found that storage is already economical for many commercial customers to reduce their peak consumption levels. At today’s lower prices, storage is starting to play a broader role in energy markets, moving from niche uses such as grid balancing to broader ones such as replacing conventional power generators for reliability, providing power-quality services, and supporting renewables integration.’

Lauding it as ‘the next disruptive technology in the power sector’, they say battery storage is entering a dynamic and uncertain period. ‘There will be big winners and losers, and the sources of value will constantly evolve depending on four factors: how quickly storage costs fall; how utilities adapt by improving services, incorporating new distributed energy alternatives, and reducing grid-system cost; how nimble third-parties are; and whether regulators can strike the right balance between encouraging a healthy market for storage (and solar) and ensuring sustainable economics for the utilities. All this will be treacherous territory to navigate, and there will no doubt be missteps along the way. But there is also no doubt that storage’s time is coming.’

Judging by the World Bank’s latest development projects in SA, that time may well have arrived.

Jane Molony, executive director of PAMSA, on how paper and its  by-products are a... END_OF_DOCUMENT_TOKEN_TO_BE_REPLACED