Where some see a crisis, others see opportunity. And make no mistake: SA’s energy situation is a crisis, with power utility Eskom drowning in R441 billion debt, and a leaked strategy document reportedly stating that it ‘ran out of cash and came close to complete collapse on multiple occasions in 2019’.

Yet against that gloomy backdrop, Fedgroup launched its Impact Farming investment option in August 2018, where investors can buy R5 000 solar panel units and reap the rewards. ‘In Port Elizabeth, Fedgroup has an agreement for the power produced to feed into the national grid, allowing investors to earn monthly returns that depend largely on the price of electricity set by the national regulator,’ CEO Grant Field told Fin24. ‘This means that, at a time when South Africans are fed up with the continuing power crisis, individuals can become independent power producers [IPPs], and even benefit financially from higher electricity tariffs in cases where power is sold back into the grid.’

Sola Future Energy CEO Dom Wills, meanwhile, writes in an online post in early 2019 that ‘we have an extraordinary opportunity for electricity reform in South Africa. If our renewable resources are harnessed, we not only have 20 years of upskilling and job creation, but with our natural resources we could have, sustainably, the cheapest electricity in the world’. Wills notes that many large electricity users are already investing in their own power consumption – and there’s evidence of that across the country. Harith-owned natural gas company Novo Energy is completing a R18.5 million feasibility study into converting the coal-fired Kelvin power station into a 450–600 MW gas-fired operation to power the City of Johannesburg; while Massmart retailer Makro’s East Rand store’s rooftop solar panels have been generating up to 80% of its daytime energy needs since installation in 2016.

And while thousands of small businesses have invested hundreds of thousands of rands in generators and solar panels to serve either as primary or back-up power sources, Anglo American Platinum celebrated its position as the best-performing share of the JSE All Share Index in 2018 by announcing that it was looking into establishing a 100 MW solar plant to provide half the power to its Mogalakwena mine in Limpopo.

More and more businesses are becoming their own IPPs, installing small power-generating systems ‘behind the meter’ on their premises – often to reduce their Eskom bill. These small-scale embedded generation (SSEG) installations are usually found in domestic, commercial, industrial and agricultural environments, such as homes, office buildings, warehouses, parking lots, factories, mines, malls and farms.

Many produce more electricity than they can use themselves and are looking at ways to sell their excess power either to Eskom or directly to their neighbours. This is no simple task at a residential level, where households report coming up against irritating grid connection fees, circuitous bureaucracy and financial rewards (R42.79 per kWh in Johannesburg, according to some reports) that just aren’t worth the effort.

In May 2019, selling to Eskom became a lot easier when then Minister of Energy Jeff Radebe gave the National Energy Regulator of South Africa (NERSA) the green light to license 500 MW for SSEG renewable energy projects without the need for him sign them off. The size restriction for solar PV power installations was also increased, from 1 MW to 10 MW.

The moves are expected to see several approvals bypassing the minister’s inbox, with an estimated 1 000 MW worth of SSEG projects believed to be waiting for licensing under the government’s electricity roadmap, the Integrated Resource Plan (IRP). It is also significant, because while a 1 MW solar PV project can power about 140 medium-income homes during the year, it can’t power a large shopping mall or business. But by increasing the limit to 10 MW, businesses can now go off the grid during the daytime, with energy to spare. 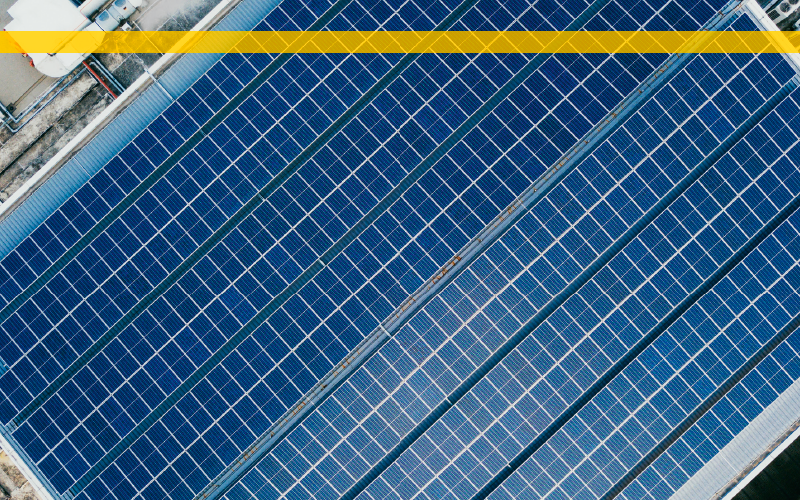 That surplus suddenly becomes all-important, because the IPPs can sell their leftover energy to Eskom, which in turn can feed it back into the national grid. The idea of selling energy in general – and renewal energy in particular – to Eskom is nothing new. It even has a snappily named procurement process, called the Renewable Energy Feed-In Tariff, or REFiT.

Many farmers are eager to sell the excess electricity produced through their on-site wind and solar installations. In early 2019 agricultural industry body AgriSA issued a media statement claiming that ‘agriculture has the solution to load shedding within a year’, but Eskom’s slow processing of applications, along with registration bottlenecks at NERSA, meant that only a handful of projects had been approved for licensing. ‘We are not asking for funding or even special treatment; just to speed up the process within Eskom and NERSA to process these applications,’ said Nicol Jansen, AgriSA chair of the Centre for Excellence: Economics and Trade. ‘This is a win-win opportunity for government and South Africa.’

The US-based Council on Foreign Relations, meanwhile, is watching with interest as more and more SA factories and shopping malls install rooftop solar panels. ‘Eskom currently does not support net metering for lower-voltage residential and commercial markets, reducing the incentive for residences and small businesses to provide their own power,’ researchers Benjamin Silliman and Payce Madden write in a CFR report. ‘Despite this, rooftop solar has gained some traction in South Africa with the Mall of Africa unveiling its new solar roof, the tenth-largest in the world. A primary motivation for the installation was to reduce power demand on South Africa’s central grid system. This move mirrors a trend in developed countries […] where policy-makers are analysing the potential for buildings to provide some of their own power, and at times even act as power plants.’

Silliman and Madden highlight examples from California and New York, where power produced from buildings has already been relied upon during hot days when abnormal consumption puts excessive demand on the grid. They then pointed out that large residential and commercial buildings tend to have one thing in common: ‘They are often well-financed and have the incentive to pursue distributed energy options, especially given the long-term unreliability of South Africa’s energy infrastructure. To motivate more widespread development, South African policy-makers should consider pushing Eskom to develop a policy on lower-voltage net metering. Reducing demand or even supplying power to the grid could vastly ease the country’s growing pains.’

Those ‘pains’ are well documented. SA’s energy sector has been, for almost a decade, beset with faltering infrastructure, onerous regulation and outdated energy sources. The Department of Energy is moving to change that, but those efforts are overshadowed by difficulties at Eskom, criticism over the IRP and fears over unemployment should the country shift away from coal-powered energy. But Eskom’s problems aren’t simply going to disappear, and while the national power utility’s struggles continue, a growing number of businesses are waiting to feed their excess power back into the national grid. There are the miners, retailers, manufacturers and so on who simply have their own power supply, and generate enough to have excess power left over. 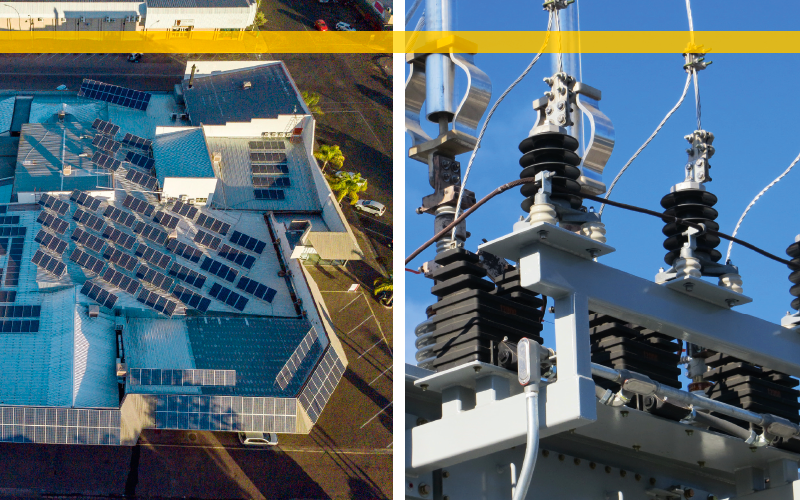 Neeraj Sanjay Mense, senior industry analyst at Frost & Sullivan, believes that Eskom should be split into three state-owned enterprises (SOEs) responsible for generation, distribution and transmission. Mense argues that by retaining ownership of the transmission infrastructure, with the existing structure, Eskom is potentially losing out on efficiencies that can be attained from free-market generation economics, as well as cost and energy efficiencies that private players would bring in. ‘This is a serious barrier to entry for any private generation solutions that could possibly feed into the grid,’ he says. ‘With all the different sources of power that are coming into play – such as wind and solar – and the cost of alternate energy generation reduced below that of coal, buying from private players such as the IPPs within the REIPPP could potentially result in a shutdown of some of Eskom’s existing plants.’ This, he argues, is as a result of the parastatal not gearing up to current electricity industry changes.

Mense adds that ‘opening the market through power being procured from various power sources would also invite companies to South Africa to look at distributed generation and electric mobility, which is already being looked at in many other countries. South Africa could also see companies moving into the country to manufacture batteries, as we have the needed natural resources, and energy storage is an essential element in the wind and solar grid’.

Crisis? What crisis? For businesses from miners to mall owners, the ability to produce energy – and to sell it back to the national energy producer – is a very attractive opportunity.

Jane Molony, executive director of PAMSA, on how paper and its  by-products are a... END_OF_DOCUMENT_TOKEN_TO_BE_REPLACED 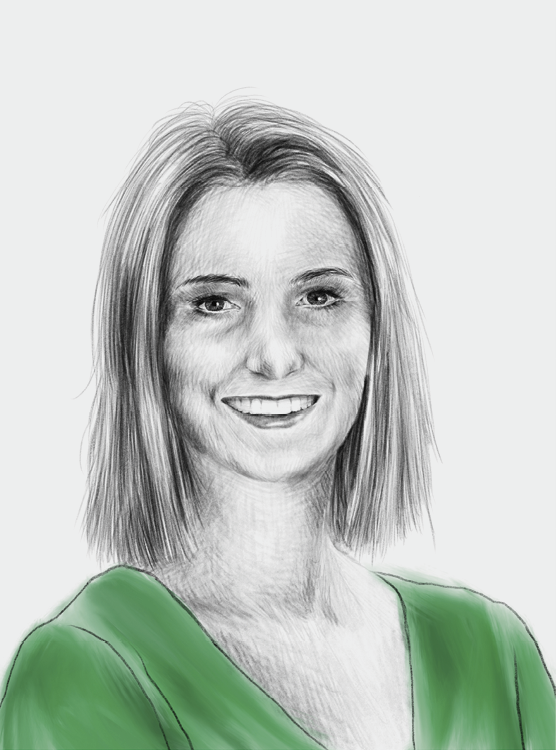