As South Africans in their twilight years explore the charms of retiring in KwaZulu-Natal, they’re buying into the idea that the province is Africa’s version of Florida – the American retirement paradise. Nearly half (40%) of Florida’s population are 50 years and older, and everything is geared towards these seniors and their spending power, known as the ‘silver dollar’.

Yes, there are parallels between the Sunshine State of Florida and the KZN North Coast: all-year warm weather, golden sandy beaches, subtropical greenery and a glorious outdoor lifestyle – at a cost of living that is slightly more affordable than other prime locations. SA has started to play catch-up with Florida, which is home to the world’s largest retirement community: a collection of estates called the Villages. ‘In South Africa, life expectancy among the middle class is about 79 years for men and 83 years for women. More than 6% of South Africans are over 60, with this figure expected to double over the next 30 years,’ according to Evergreen Lifestyle, the retirement division of the Amdec Group (which is backed by financial services company PSG, owns Melrose Arch in Johannesburg and is developing Harbour Arch in the Cape Town CBD). ‘Though the retirement sector is growing in South Africa, with 6.8 million retirees being predicted by 2030, it’s a fragmented and largely underserved market.’ 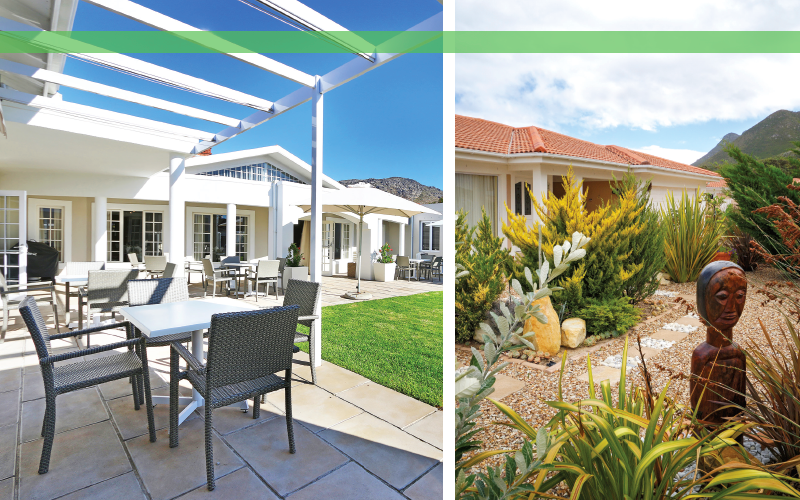 However, property developers and investors are recognising the potential of the retirement living sector and the ‘silver dollar’ – or, in an SA context, the ‘silver rand’. Some established players have recently entered the sector with upmarket, next-generation retirement estates. ‘These developments are a far cry from the clinical setting of the average old-age home that we have known for so many years,’ says Arthur Case, CEO of Evergreen Lifestyle. ‘Rocking chairs, sewing and daytime television in one communal area have been replaced by wine clubs, walking groups and dance socials.’

The Baby Boomer generation is redefining the meaning of retirement, as many choose to extend their working lives, according to Case.For some, this is because of necessity due to poor retirement planning for a longer life. ‘Many of our residents are working well into their seventies,’ he says. ‘They want to be fully functional, fit and productive with the desire to meet major chal lenges that lie ahead – mainly health, wealth, significance and security.’

A newcomer to this market is Calgro M3, the JSE-listed developer that re-entered the mid-to end-spectrum of the property market with its La Vie Nouvelle Retirement and Wellness Village. The development in Broadacres, Johannesburg, focuses on holistic wellness for the elderly, com bining financial, physical, spiritual and emotional well-being. According to Calgro, the design process followed green principles to include renewable energy where possible; reduce water consumption through rainwater harvesting and greywater usage; and to optimise the natural light and wind circulation.

Another new player in the retirement market is Collins Residential, known for its high-end estates on the KZN North Coast, such as the R2.5 billion Zululami Luxury Coastal Estate, the R10 billion equestrian themed Seaton and the R850 million Kindlewood. The group is currently building its first retirement offering: the R950 million Mount Edgecombe Retirement Village (MERV), calling it ‘a product that stems from a real short age in the real estate market’. 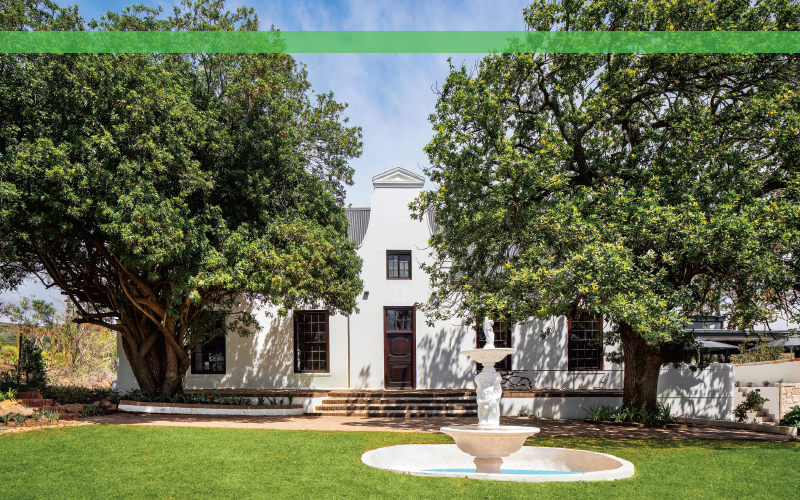 Two features stand out. For one, the on-site care centre for the 260-unit village is being constructed during Phase 1, rather than at the end. ‘This gives our residents and their families peace of mind and underlines our commitment,’ says David Cameron, the developer representative for MERV. ‘Our care centre will be independently run by Totalcare, providing 24-hour on-call nursing, assisted living, frail care, as well as specialised Alzheimer’s and dementia care.’ Such centres are crucial to any retirement village but, as he explains, developers sometimes over-promise and under-deliver. In some cases the money runs out before the facilities are built, leaving residents without medical provision.

The other feature that stands out is MERV’s close link with Kindlewood Estate, encouraging multi-generational living. ‘There are no gates between MERV and Kindlewood,’ says Cameron, who lives on the estate himself. ‘Older residents will see parents pushing prams, children playing and people walking their dogs.’ Both estates are dog-friendly, so retirees can keep their own pets.

The Rabie Property Group, which is a relative newcomer to the over-50s market, also promotes multi-generational properties. ‘After 40 years of development, Rabie is going into retirement,’ announced its website. The group has already tasted success with its joint venture, Oasis Luxury Retirement Resort in the mixed-use Century City precinct. Colin Green, a Rabie director, said at the launch of Palme Vue (the sixth and final block in the 376-apartment development): ‘We have never seen such a rush on sales for a retirement product at a launch. There is no doubt the fact it is the last opportunity buyers have to purchase directly from the developer has created an unprecedented level of urgency.’

Rabie is currently developing three retirement properties under its new Oasis Life brand in existing mixed-use developments, which will enable older residents to interact with younger ones. Clara Anna Fontein was launched in Durbanville in November 2018, with Burgundy Estate in the Durbanville Hills to follow in March 2019 and Oasis Life Century City in the second half of 2019.

Although Evergreen Lifestyles is an established player in the SA retirement market, it has only recently ventured into KZN. The company has signed a R3 billion joint venture with IFA Hotels & Resorts from Kuwait to build 750 retirement units within the Zimbali Lakes resort near Ballito. Only a few kilometres to the south, Evergreen is involved in another retirement estate that will see 640 units being built within Tongaat Hulett’s Umhlanga Ridgeside development.

Sugar giant, agri-processor and property developer Tongaat Hulett came up with the ‘Retire KZN’ initiative to market the area’s retirement potential. The campaign presents ways of combining retirement with other uses and shared amenities such as healthcare, but also leisure facilities that include golf courses. According to the initiative’s research, existing retirement homes or estates have waiting lists of five to 10 years. The majority (about 80%) of the market want to own their retirement homes, either as sectional title or a free-standing house.

To date, Retire KZN has helped attract more than R1 billion in retirement investments by encouraging developments such as MERV and Shoreline Sibaya, the luxury coastal precinct near Umdloti. Marketed by Carmel Properties as the perfect lock-up-and-go solution for the ‘well heeled’ over-50s, the estate offers sectional title apartments ranging from one- to three-bedroom units. The beauty of the Sibaya Coastal Precinct lies in its proximity to 350 ha of forest, 6.5 km of Blue Flag beach, as well as 75 km of walking trails and some wheelchair-friendly boardwalks.

Sibaya illustrates a key trend that sees people moving into retirement estates at a far younger age than previously, reducing the entry age from 55 to 50 years. ‘Many South Africans are downsizing their home, potentially drastically reducing their costs, and continuing to work in some capacity for as long as they can,’ says Case. These so-called ‘pretirees’ can lead an active, productive life while benefiting from 24-hour security and medical facilities that offer anything from home visits by nursing staff to round-the-clock frail care. 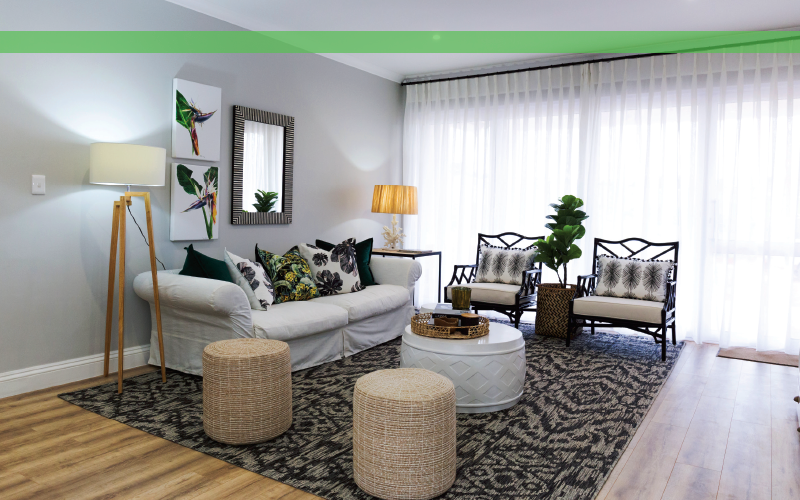 Cameron says that the MERV apartments, which start at R2.5 million, are attracting three types of buyers: investors who buy-to-rent; buyers planning to move in themselves; and adult children purchasing for their parents. Some retirement villages offer an additional ‘life rights’ option. This isn’t a property investment in bricks and mortar but rather an investment in a lifestyle. The ‘life rights’ owner has guaranteed lifetime occupation and access to all the communal facilities. Worldwide, this is a popular model, known as ‘life plan’ in the US; ‘licence to occupy’ in New Zealand and Australia; and ‘lifetime lease’ in the UK. ‘Our model eases many financial concerns of our residents, and offers potential long-term savings for families who are assisting them,’ says Case. ‘A life right offers a safe haven for life, as well as excellent value when compared to a market related property. You also know exactly what you are in for in terms of costs. You won’t have sudden excessive maintenance costs, or the burden of having to deal with such admin. And if, for example, a Day Zero drought scenario were to occur in South Africa, you know your water needs would be taken care of by Evergreen.’

There’s such a great demand for retirement estates that many are expanding. Evergreen’s portfolio includes more than 1 000 units in Bergvliet, Diep River, Muizenberg, Noordhoek and Lake Michelle in Cape Town; Val de Vie in Paarl; and Broadacres in Johannesburg – at an average of R2.7 million per unit. New developments in Port Elizabeth and KZN (Hilton, Umhlanga Ridgeside and Zimbali) are expected to add more than 2 300 additional units by early 2023.
According to research company New World Wealth, SA is one of the ‘global pioneers’ in residential estate living, which includes retirement estates. ‘In fact, the only country with more residential estates than South Africa is the US, mainly in the Florida area,’ it states. Its ranking of SA’s top five retirement villages includes not only Val de Vie, but Waterfall Hills Mature Lifestyle Estate (Pretoria); Helderberg Village (Somerset West); Onrus Manor (Hermanus); and Clé du Cap (Kirstenhof, Cape Town) too.

As developers are scrambling to meet the demand for quality retirement products, the over-50s will enjoy a greater variety of lifestyle options. And even if KZN doesn’t turn into the new Florida, it’s important to plan ahead for your retirement living. For a seamless transition, South Africans might listen to Case… ‘Moving into a retirement estate doesn’t mean you have to stop living,’ he says. ‘It’s just the next phase in the adventure of life.’

Jane Molony, executive director of PAMSA, on how paper and its  by-products are a... END_OF_DOCUMENT_TOKEN_TO_BE_REPLACED