Picture this. You are two hours and three perfect slides away from delivering a potentially reputation-making presentation. You should be firing on all synapses, but instead you’re struggling to focus. Curse the open-plan office. There’s a grinding noise coming from the coffee machine in the kitchen; the elevator makes a pinging sound every time it reaches your floor; your immediate neighbour is on the phone planning a weekend getaway; and there’s a mini-meeting taking place three desks down.

The stress caused by this environmental racket is making your body release a rush of cortisol, which spells trouble for the functioning of your prefrontal cortex, the part of your brain that governs planning and reasoning.

There’s no way you will finish these slides with your prefrontal cortex on a go-slow, so there’s only one thing to do: plug in your headphones and drown out the distractions with some tunes. As a bonus, hearing a favourite song will give you a hit of dopamine, boosting both your short-term memory and your mood. Scrolling through your playlist, you know just what to avoid. Lyrics are a no-no for today’s thought-intensive task.

The smart thing is to save them for when you’re coding, so your brain doesn’t have to reconcile two competing verbal architectures. You consider going classical – because anything that helps mathematicians solve problems couldn’t possibly do your presentation any harm. But you need more than steady and precise: you want speed and output, so clearly trance is the way to go. Streaming some Cosmic Gate will keep you focused and alert without messing with your concentration.

You make a mental note to avoid eye contact with anyone from HR, who have declared headphones the enemy of teamwork and camaraderie. Their proposed alternative – streaming the same playlist across desks – was met with a unifying gasp of horror, and fortunately abandoned after someone from Compliance pointed out that they’d need a broadcast licence to make it legal…

If you have ever sought refuge on your own private musical island while chasing a tight deadline in an open-plan office, give yourself a high-five for self-care, because by tuning out the office via your personal listening device, you are not only amplifying your productivity, you are also boosting your well-being and creating some much-needed personal space.

The science that supports this is set out in a 2005 study by Teresa Lesiuk, a music therapy assistant professor at the University of Miami, who found that listening to music while you work boosts your mood, and makes you work better and faster. She cites evidence that listening to music reduces stress and anxiety and ‘increases positivity, alertness, and focus on the present’. In short, music made participants ‘feel better’. 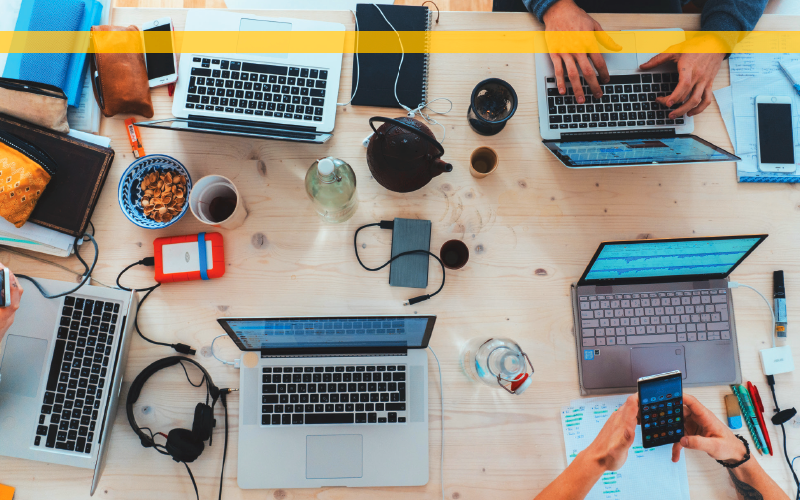 The next step was to show a link between these positive feelings and creativity. Lesiuk concludes that a music-induced positive mood did influence ‘the way cognitive material was organised’, and was therefore associated with creative problem-solving. This is good news for that presentation you are rushing to finish, but then you already knew this.

The disappearance of spatial boundaries from the workplace – to create a more collaborative work environment and squeeze more people into less space – has made it harder for workers to focus on their tasks because they have been focusing on each other. Lagging behind the global trend towards flexible spaces that offer workers a choice between mingling and solitude, in South Africa most office workers are still toiling away in open-plan offices – and taking matters into their own hands.

Bereft of spatial boundaries, workers are taking back control of their aural environment by building their own ‘walls’, out of a set of headphones and a playlist. And HR managers now have something new to worry about: how to drive engagement among headphone-wearing workers. The link between work and music dates back to the 1930s when industrial companies began piping music into factories to boost work rate and morale among workers who were performing repetitive tasks. By the 1940s and World War II, assembly lines in the UK had a dedicated radio show: a whistle-while-you-work line-up of brass bands and light orchestras that helped win the war by raising munitions output by 13%, as claimed by Bryan Reynolds in his book, Music While You Work. Reynolds also observes that he who paid the piper literally called the tune: musical numbers with insufficient melody or tempo were ruled out as unsuitable, and there was a complete ban on Deep in the Heart of Texas because of the obvious dangers posed by the four hand-claps in the chorus.

Although managers had a riot on their hands if they forgot to turn on the broadcast, no one as far as we know objected to the playlist. But don’t get rid of those headphones yet, because there’s no reason to believe that yesteryear’s one-size-fits-all musical intervention will play in the already fractious modern office. There is the dilemma, for example, that different employees are carrying out different kinds of tasks at various times of the day. So in trying to come up with an acoustic intervention that’ll fire up the entire office, there is first of all the question of genre. Will you choose the ambient soundtrack that studies claim can increase data entry accuracy by 92%, or the trance dance music that is said to bump up proofreading speed by 20%?

The simple answer is that the most beneficial music in the workplace is music you like and, with more than 1 000 genres to choose from, you can’t please all the people all the time. Does it matter? Lesiuk thinks so, citing an earlier study that reported a ‘significant correlation between degree of relaxation and preference for music’. She concludes that ‘preference, familiarity and past experiences with the music’ were more important for positive behaviour change than the type of music.

Swedish musicologist Anneli Haake concurs, adding that choice and control play a large part in delivering the benefits of music in the workplace. ‘Music can help employees to engage in work tasks, through blocking out distracting noise in the office,’ she writes. ‘[But] if music is forced upon people, the music can be irritating and annoying, and we know from research that office noise can have severe negative effects on employee health, well-being, and productivity.’ It follows that to be perfectly happy and productive, workers must be allowed to customise their work experience by listening to music they prefer, and even have the option of selecting music to optimise their brain function for the task at hand. Get HR to order everyone a set of headphones. 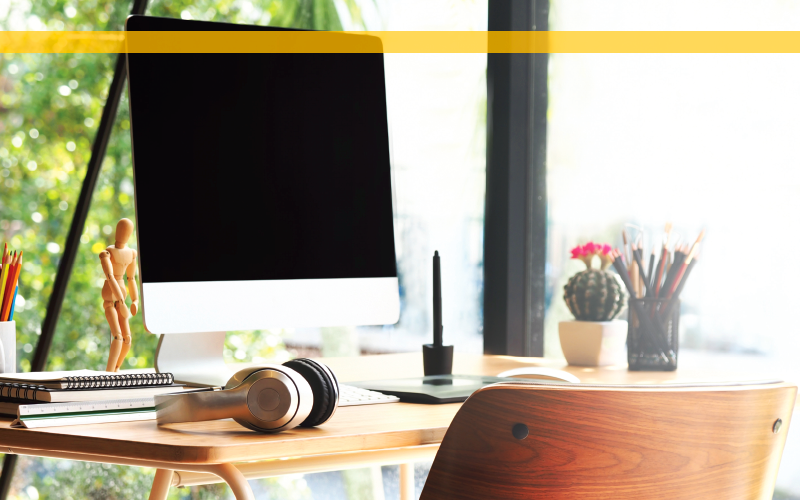 Your virtual cubicle, however, comes at a cost, writes former Nickelodeon vice-president Anne Kreamer in the Harvard Business Review. ‘There is a new lonely crowd in the workplace,’ she says, and their career development is being impaired by the ‘loss of daily osmotic information exchange and collaborative bonding’. Inside your musical bubble you are cut off from the exchange of ideas that promotes innovation, and from the informal office life that breeds company spirit.

This trade-off between productivity and engagement is the main reason companies struggle with regulating headphone use in the office. There is substantial evidence that environmental noise affects productivity and well-being, and that listening to music can enhance both. But the data also shows that disengagement hurts communication and collaboration, slows down decision-making and impacts staff retention.

There is also no guarantee that workers are not using their headphones as a prop to avoid any annoying colleagues, and no way of telling whether your employee is rocking out to Mozart or Iron Maiden. Being unable to monitor your staff’s media consumption further means you cannot protect your business from legal pitfalls such as copyright violations or offensive content. Yet banning headphones is not the answer, unless you’re prepared to ignore Lesiuk’s findings on the impact of removing music from the workplace. She cautions that removing a stimulus workers have come to depend on will lead to ‘lowered positive mood responses, slightly lowered quality of work and more time spent on tasks than originally intended’. In others words, banning headphones will make your staff miserable, and they will take longer to reach disappointing outcomes.

Instead, bosses should experiment with new and creative ways to manage and negotiate music in the workplace. Insisting on earbuds rather than fully enclosed headphones, for example, can make employees seem less distant and isolated. Requiring them to keep one ear free makes it easier to attract their attention and means they won’t miss the fire alarm or notice that there’s free cake in the canteen. Shared team lunches can build relationships between co-workers more effectively than random chit-chat during business hours. In addition, agreeing to keep certain times of the day music-free can create opportunities for manageable chunks of informal conversation and impromptu brainstorms.

Finally, encouraging employees to create a shared playlist on Spotify can help them learn more about each other through their musical tastes, and vying to create the ultimate playlist can be just as beneficial for team-building as playing survival games, which half the office hates anyway.