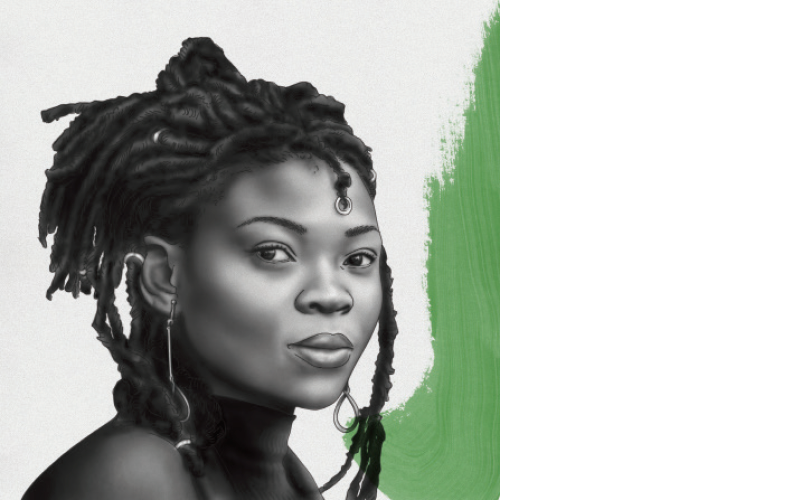 Q: What were the most significant findings of your award-winning thesis?
A: When researching the Barolong Boo Ratshidi clan, I realised that a lot of knowledge lies in the songs and praises of the people. Scientific information was expressed in their myths, rituals and taboos. These expressions were not merely stated in a different language but rather a different cosmology – a different way of conceptualising one’s self within space.

I found that the clan didn’t merely exist ‘organically’ or randomly, as some would say, but rather the settlement layouts were inspired by a conscious existence that leaned towards pluralism – pluralistic living. I learned that the term ubuntu is a virtue that crosses all the boundaries of existence of the Barolong. An interesting point I also found was that the old Barolong settlement showcases transparency.

From an aerial photograph, one could determine the demographics of the clan. Each hut and homestead is a symbol. A man with two wives will have one big hut and two smaller huts. If he has children, he will have an even smaller hut where all the children sleep. In the current settlement, one cannot tell those demographics. An individual house holds many secrets.

Q: Why did you focus on the Barolong Boo Ratshidi clan for the study?
A: It was not the clan that stood out at first; it was the area. I wanted to focus on a pre-colonial rural area. Makgobistad is a village that many of my ancestors are buried in. This village has seen multiple migrations of the Barolong – from Makgobistad to Thaba ’Nchu and back to Makgobistad. It’s also crossed by the Botswana border. In this village, I hoped to see clearly the hybridisation of a Tswana settlement into the global age.

Q: You focused on new strategies to revamping traditional village settings based on shared communal space. Why is this?
A: I looked at the older version of the settlement; its pros and cons. One of the major pros was the communal spirit and, better yet, the communal effort. If someone needed a house, the community would gather resources and assist in building the home. This communal spirit is especially necessary considering the shared pastoral space between homesteads, where small stock, specifically goats, is often left to roam freely.

Goats are a huge part of the economy and rituals of Makgobistad, but because of poor management, some areas have become over-grazed. In our new settlements, we must learn what aspects of the village make it work, and improve on them, such as communal space – especially considering grazing in the pastoral space in between homesteads can function better if it is systematised into low-maintenance paddocks.

Q: What were your most salient findings regarding migration patterns?
A: Stats SA figures show an influx of migration to urban areas, but they also show increasing populations in rural areas. From observations of aerial photography from 1959 and interviewing residents, I found that the migration to urban areas was temporal and that homestead numbers were still increasing in the rural areas. Sprawl and densification is still occurring. People occupy rural or urban areas at varied times of the year. Studying this area made me realise that we had not thought about the different requirements of living in a rural settlement as opposed to an urban area.

Q: How can rural communities effectively share a space and make it work?
A: What is difficult is the translation of terminology. The term ‘shared’ or ‘communal’ space does not do justice to the terms the Barolong used to describe their land. Shared space still gave people agency. Rather, I think of it as a shared consciousness of space that allows for continuous negotiation, the way that has been known in such villages. The issue arises when transitioning these traditional ways into our tenure and democratic system.

My proposal was to institute a system that works and is already understood by the Barolong – the kgotla system, which is basically centred on dispute resolution. To have a community that has a plural cosmology requires constant straightening of disputes and misunderstandings. Spatially these are circular enclosures (symbolising equality of opinions with no hierarchy except for the chief) distributed all around the community. The kgotlas have hierarchies though.

Resolutions go from families then to the first kgotla – with a number of family representatives. Finally, if disputes aren’t resolved there then it goes to the chief’s kgotla. This system is very similar to our judicial system but goes beyond law. It also represents the genetic lines (family tree) of the Barolong. It is the essence of making communal space work in the village.

Q: Why must landscape architects look at rural villages from a traditional perspective?
A: It is important to give people agency and not impose ourselves on them. Rural villages are both traditional and contemporary – in other words, hybrid. It is important for all built-environment professionals to be aware of traditional systems in order to objectively improve on them with the contemporary understanding we have. We may be surprised at what we could learn from these villages, specifically in proposals for townships and informal settlements.

Jane Molony, executive director of PAMSA, on how paper and its  by-products are a... END_OF_DOCUMENT_TOKEN_TO_BE_REPLACED