Despite its scale and prominence, Park Square, a R1 billion, 10-storey mixed-use development situated in the heart of the Umhlanga New Town Centre, does not dominate its surrounds. Rather, its light-filled spaces, airy glass facade and open, layered structure feel effortlessly integrated with the surrounding city. This openness was at the heart of the design concept – it’s all about creating a dynamic relationship with the urban environment. ‘Unlike most buildings in the Umhlanga New Town Centre, Park Square has aimed to create an accessible public realm,’ says Adhir Imrith, associate at Arup Buildings Southern Africa, who acted as structural engineer and integrated design manager on the project.

The property, owned and developed by Nedport, is ideally situated: perched on Umhlanga Ridge, next to a green space and the Gateway Shopping Centre, close to transport hubs and well connected to nearby residential neighbourhoods – not to mention offering spectacular views from the offices of anchor tenant Nedbank. 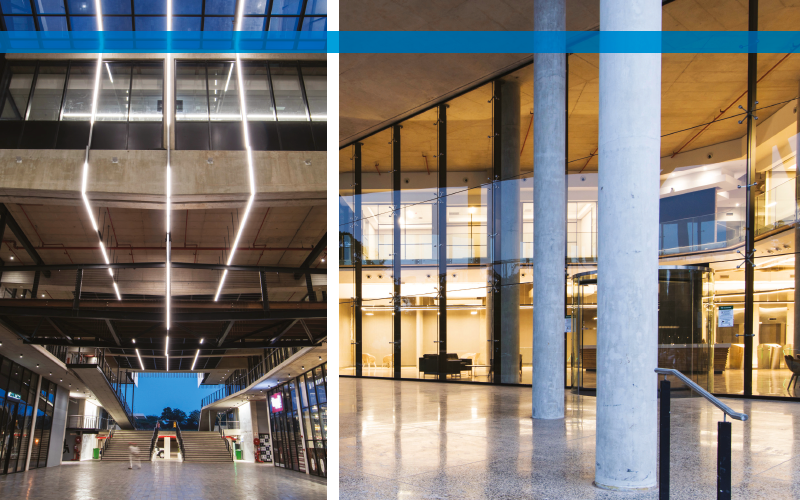 The mix of office space, retail outlets, generous underground parking and public access ensures a flow between work and play, night and day use, interior and outdoors. Column placement, ramps and walkways are optimised for easy pedestrian navigation. A public square welcomes foot traffic from the street, as well as tempting office tenants to relax or do business in the open air, reflecting the breezy culture of this warm coastal city.

The location of the Chris Saunders Park across the road is key. The idea was to create a seamless link to the park via an arcade that runs through the building directly onto the piazza. Here, cafes and restaurants open onto a pleasantly landscaped public space. ‘The idea of the building being connected to the park, coupled with the large public square, led the team to the simple yet meaningful name, “Park Square”,’ says Imrith. 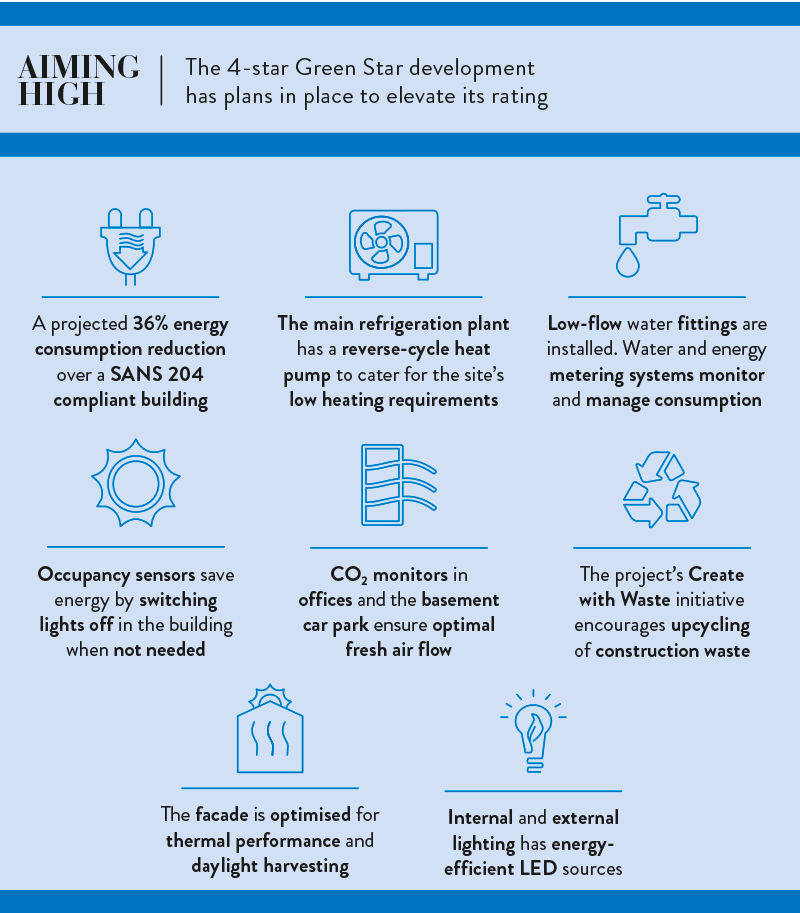 Despite there being no residential component, it seems people are drawn to this welcoming ‘live, work, play’ environment. ‘It is growing into a place where people want to be, with the restaurant and retail environment together with the markets and occasional movie nights and other events,’ says Ken Reynolds, director of Nedport. ‘The growth of residential developments in the node, the office staff in the immediate vicinity and the employees in the building, including over 1 000 from Nedbank, will help keep the building vibrant. The values of openness and accessibility are reflected in the clean, light, inviting design of the structure, enhanced by raking columns, hanging walkways and an intricate facade. Glass-curtain walls, skylights, raw concrete and aluminium screens create an interplay of opaque and transparent elements. Particularly striking is the tall, airy space of the 8.6m-high Nedbank lobby, which utilises a glazed curtain wall with minimal supporting structure. The concept of transparency extends to making the inner workings of the building plain: finishes are minimal and structural elements are exposed where possible – including ducts and pipes, which have been turned into features. 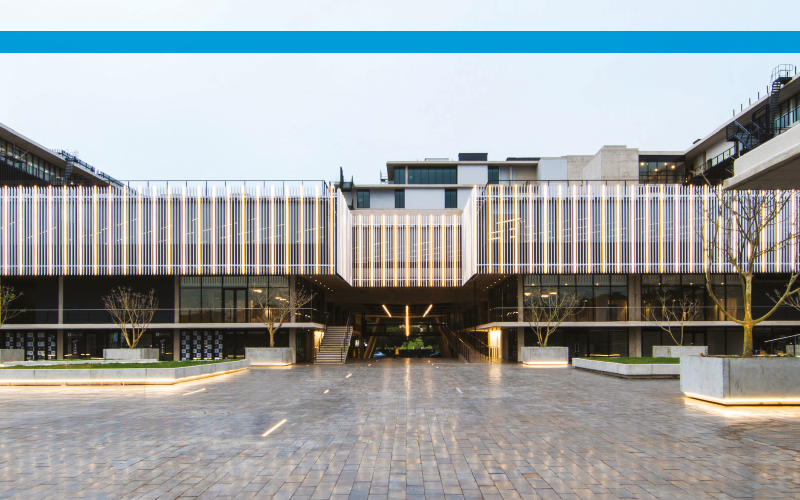 ‘The architecture of the building is amazing and the end result very pleasing,’ says Reynolds. ‘The main arcade, the piazza and the southern facade give the building its character and set it apart from a run-of-the-mill project. The art pieces introduced to the arcade and the art piece commissioned for the piazza will further enhance the uniqueness of the project.’

Working in concert with the architectural design is an innovative lighting system that brings the textures and forms of the building to life. A palette of white light, in a range of intensities, gives definition to the different zones of the development, as well as to the distinctive shapes of the structure. In the public square, pools of brightness are used ‘to encourage people to linger in the space rather than simply pass through … the dynamic lighting components create some interesting spaces that force people to stop and appreciate’, says Shikar Takurpersad, associate at Arup and electrical and lighting lead on the project. Arup designed the external lighting strategy in close collaboration with the architects, MAP. 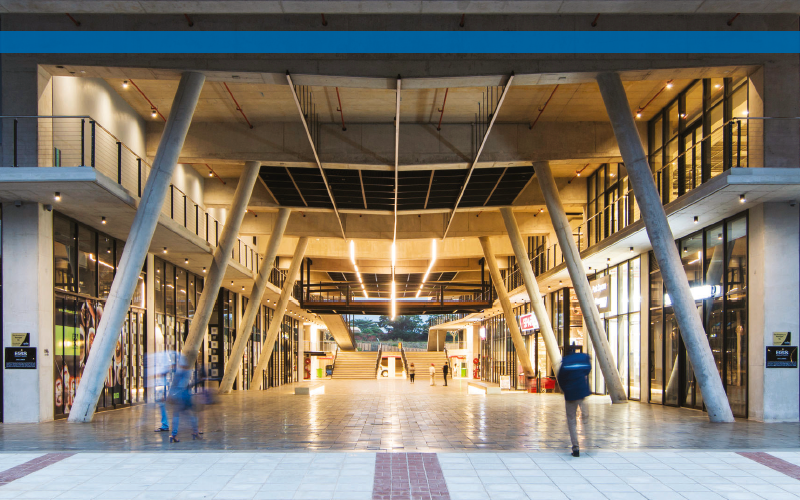 At night, the piazza is lit by a warm glow from the retail units around its edge, while also containing splashes of illumination from up-lit ornamental trees, bench lighting, lit floor tiles and lamps on restaurant tables. External lighting is also important for orientation and ease of access, illuminating key waypoints such as footpaths, focal points and destinations. The centrepiece is the tall stair tower and amphitheatre, which features colour-changing lighting after dark.

On the facade, the lighting is designed to enhance the layered structure of the building, as well as the screen elements that wrap around it and form a slatted backdrop. Digital control of this lighting system creates linear patterns – an animated light show that can be enjoyed from the adjacent park. ‘Park Square shows how careful integration of light with the various streetscape, landscape and architectural features can transform the public realm,’ says Takurpersad.

All of this was achieved sustainably. From the outset, Park Square was designed to achieve a solid rating from the Green Building Council of South Africa (GBCSA). According to Reynolds, energy efficiency and water usage were paramount concerns. ‘We needed to find the right balance of achieving the rating, doing the right thing, and minimising the premium the client has to pay,’ says Imrith. This balance was well achieved, with the development duly collecting a coveted 4-star rating. Indeed, Nedport has now committed to targeting ambitious 5-star Green Star As-built and Interiors ratings, which they hope to achieve with additional features such as cycle bays and public information screens that show the building’s real-time energy and water consumption.

Naturally, a building of such scale and complexity involves challenges. ‘The project was implemented on a fast-track timeline, in a city urban environment on a tight budget, with a challenging design concept to implement within the prior constraints,’ says Martin Donnelly of Focus Project Management. Mixed-use developments are also complicated, with the requirements of both retail and office tenants to be considered. 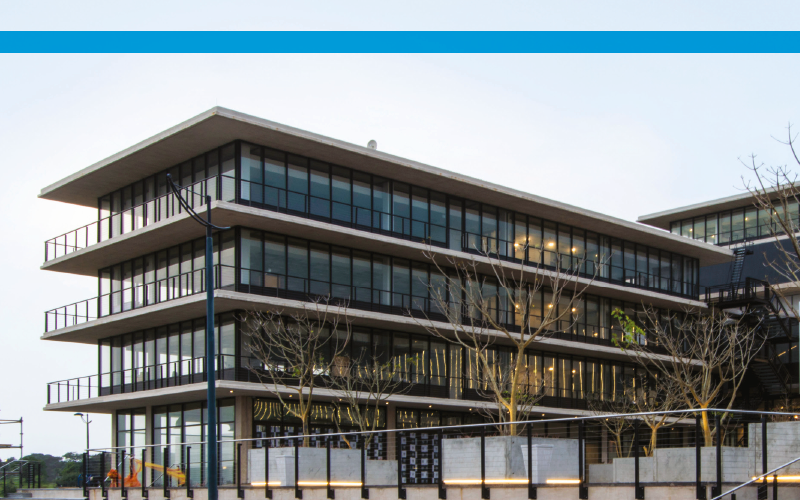 Key to success was developing good, collaborative relationships between design and construction teams; and the client, consultants and contractors. As Imrith puts it, it’s the ‘respect and trust between structural engineer and architect that enables great architecture and design’. An innovation that eased these multidisciplinary relationships was Arup’s extensive use of building information modelling – working in a 3D virtual environment allowed the varied teams to deliver a technically challenging building, and to co-ordinate with all players, reducing clashes. Regular virtual walkthroughs allowed design decisions to be communicated to everyone involved, including clients.

The ultimate success of the project will lie in how it plays a productive role in its immediate environment. ‘The scheme has embraced the community on both a micro and macro scale,’ says Donnelly, adding that, among other outreach initiatives, the project offered employment opportunities to the local community. Another measure of success? The evident satisfaction of the professionals involved in taking Park Square from concept to reality. ‘What has really set this project apart has been the team, [and] not just the design team… The client, consultants and contractors have all played a huge part in the success of this project,’ says Imrith. ‘We had a mix of amazing individuals with a shared goal of creating a special project and not forgetting to have fun while doing it.’