La Gratitude manor house is the second-oldest building in the Western Cape’s second-oldest town. Its neoclassical pilaster gable, with pilasters set between the sash windows, gives it immense dignity and beauty. Renowned architect Sir Herbert Baker, the dominant force in SA architecture between 1892 and 1912, so admired its magnificent gable and fine lines, that he called it ‘the most beautiful domestic architecture in the world’.

La Gratitude stands at number 95 Dorp Street, Stellenbosch’s most historic street and a national monument. Above the knocker on the panelled teak front door, you’ll find the name of the original owner, the Reverend Meent Borcherds, minister of the Dutch Reformed Church, who designed and built the house in 1798.

A gentle and scholarly man, the reverend must have had a fine artistic eye to design a house of such perfect proportions and splendidly balanced classicist gable. He was also a successful farmer, who owned vineyards sweeping down from Dorp Street to the Eerste river. The harvest was bountiful, and the reverend was grateful. He expressed that gratitude in the name of his beautiful house. 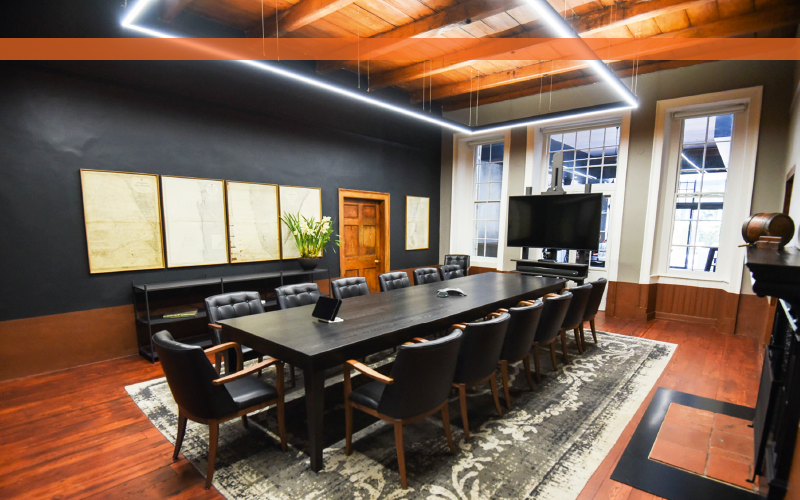 During the 20th century, La Gratitude was home to several generations of the Winshaw family, whose patriarch, Bill Winshaw, is recognised as the grandfather of SA red wine. (If as a student you drank Tassies, if you splurged on Chateau Libertas with your first paycheck, and if these days there are a few bottles of Alto cabernet sauvignon wearing a layer of dust in your cellar, you should remember to toast Mr Winshaw when the cork comes out.) The story goes that La Gratitude was finally occupied by two feuding Winshaw sisters who split the house down the middle in order to keep out of each other’s way.

In 2008 there was a change of pace at 95 Dorp Street when champion golfer Ernie Els opened his first Big Easy Winebar & Grill on the ground floor of La Gratitude. The floor above became a gentlemen’s club frequented by such wealthy and powerful local personalities that its walls could surely tell a few tales. Ten years on, the manor house entered a new chapter as the Western Cape headquarters of property developer Atterbury – and it was time for the old building to be spruced up.

Gerrit van den Berg heads up Atterbury Western Cape and, with his small team, occupies one of the most covetable offices in the country – inside the La Gratitude attic. It is an elongated space flanked by two glassed-in boardrooms at the western end, and leading past an open-plan arrangement of contemporary workstations to a cosy configuration of leather couches around a wood-burning fireplace. The pitched thatched roof gives off a whiff of history; the sash windows admit the brightness of the summer’s day but none of the heat. It is a charmed place to earn your daily bread. 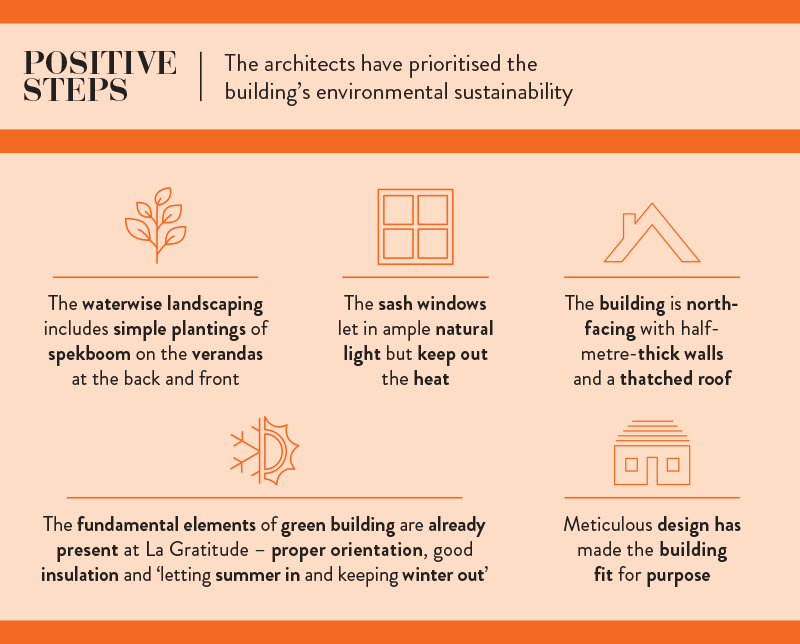 Van den Berg explains that Atterbury acquired La Gratitude when it outgrew premises at 101 Dorp Street, in a heritage building next door to the studio and gallery of their landlord, architect Johann Slee. Slee’s studio was itself awarded a 2011 Cape Institute of Architecture Award for Architecture. The acquisition was made on Slee’s advice to his long-standing client, Atterbury CEO Louis van der Watt. The Big Easy was soon to close and most of its staff decamp to the Volkskombuis in Aan de Wagen Road a few blocks away, and upstairs there were no more convivial gatherings of the town’s elite. Within a little more than a year, and an investment of R43 million later, La Gratitude would be open for business.

Atterbury has been a developer of office, industrial, retail, mixed-use and residential property throughout SA and in the rest of Africa for the past 25 years, recently expanding its operations to Europe. But the renovation of La Gratitude taxed Van den Berg’s energy in new and unfamiliar ways. ‘With a commercial development, you sign off on everything at the beginning,’ he says. But a project like this reveals one surprise after the other, each presenting its own set of confounding challenges.

Because of La Gratitude’s heritage status, no alterations could be made to the exterior or to the internal structure of the building. A heritage expert and veteran of numerous dealings with Heritage Western Cape, the provincial authority charged with the protection of around 2 500 heritage sites, Slee was the obvious choice as architect. Yet even he found the complex approval process that led to delay upon delay, arduous.

Working with Heritage Western Cape was a challenge, he notes, explaining that the body’s processes could be discouraging to those people wanting to buy old buildings with the intention of preserving them. Slee is not, however, someone whose spirit is easily or indeed ever broken. He dived deep into the history of La Gratitude and into the archives for documents and floor plans, and peeled away the layers to expose the old building’s bones in all their elegance and simplicity.

Stubborn, perfectionist, gifted and passionate, as much an artist as an architect, Slee challenged Van den Berg, who nevertheless concedes that there was no one more suitable to ready La Gratitude for its next chapter. By digging under the layers of history, they were able to turn back the clock. Slee discovered internal features of the original building that had been altered by its earlier owners – a break in a wall here, a hidden fireplace there – that they were able to reintroduce and make the building more fit for purpose.

Most perplexing to Van den Berg was the collision of municipal and heritage requirements, particularly with regard to fire and safety compliance. As a result, water pipes and sprinklers have been installed throughout the upper floor. ‘And then they have to be painted red so people can see them,’ says Slee.

In fact, they introduce an industrial element to a space that already juxtaposes heritage architecture and classical furniture with the accoutrements of a modern high-tech office, and have the potential to grow on you. But Van den Berg says he has had to learn to love the deep skirtings Slee has painted throughout the ground floor. 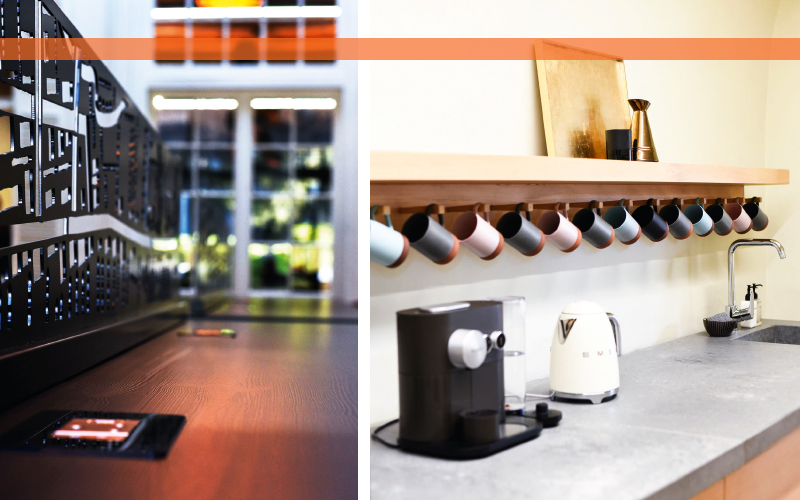 These knee-high reddish-brown skirtings, contrasted with the cream walls, belong to the history of the house and were revealed by scraping away at more than 200 years of paint layers. (The upstairs area has been painted a slick black called Tribeca.) The cream-and-brown combination lends an institutional feel to the downstairs corridors that connect a puzzle of offices and boardrooms occupied by other members of the La Gratitude business community – companies including software developer Epiuse Labs, law firm Bowmans and Neo Architects with small teams that benefit from centralised services and shared infrastructure.

The former courtyard of the U-shaped manor house is the home of Attspace, a 15-seater shared workspace where entrepreneurs, start-ups and freelancers can rent a workstation and enjoy access to amenities such as high-speed uncapped fibre internet, network printing, personal lockers, a lounge for relaxing and networking, and, of course, free coffee. This coworking concept may be reconfigured in future, according to Van den Berg. 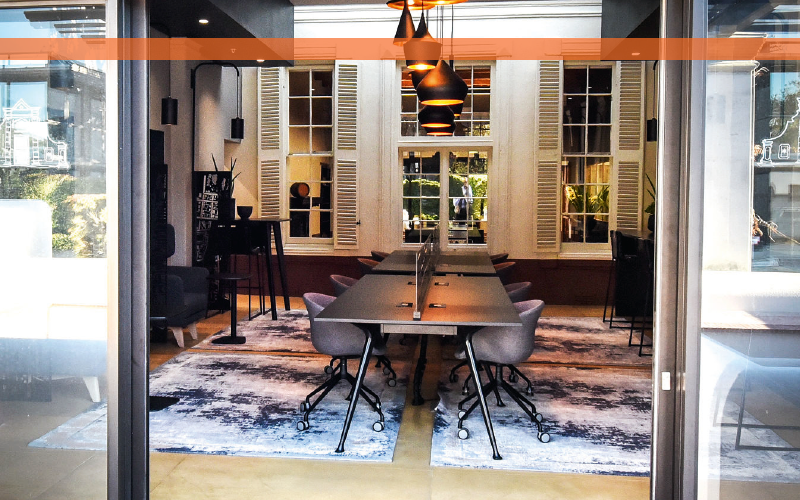 Another perk of belonging to the La Gratitude community is a restaurant, called Asta La Pasta, which has been installed in an area that, because it was a late addition of garages and outbuilding, escaped the restrictions imposed by heritage status. This Italian restaurant is a long-standing Stellenbosch favourite and migrated here along with Atterbury from further up Dorp Street. At the back of the building, Slee has turned former storerooms, used as cold stores during Big Easy’s tenure, into light and airy unisex cloakrooms. Van den Berg calls it a ‘stroke of genius’. And, inside the manor house, a smaller bathroom has been given special attention, featuring bespoke tiles from Southern Art Ceramic Design in Hermanus.

Slee speaks of La Gratitude with a tenderness that communicates his respect and affection for an old building that had for so long been neglected. His chief concern had been to tend to its injuries – to all the ways in which it had been ‘hurt’ by previous users. The rotten floors, the damage caused by a restaurant kitchen, the unbaked bricks that need special paint treatments in order to let them breathe…

His careful nursing has restored one of the town’s most famous buildings to its earliest splendour – for which the Reverend Borcherds would have been deeply grateful.