As founder and director of the Stellenbosch Academy of Design and Photography, Barbara Fassler has for many years lived and worked according to the following mantra: ‘We strive to develop individuals who will be critical thinkers, creative innovators, reliable researchers, astute strategists, problem-solvers, compelling communicators, responsible citizens and effective negotiators.’

Her latest venture, Platform43, is being launched this year as a creative hub for the academy’s entrepreneurial postgraduates – illustrators, graphic designers, multimedia designers, art directors and photographers. Hannes Spangenberg, who has been involved with the academy for the past three years in a consulting capacity while doing his MBA in business incubation, will open an accelerator centre next year for its first entrepreneurs. 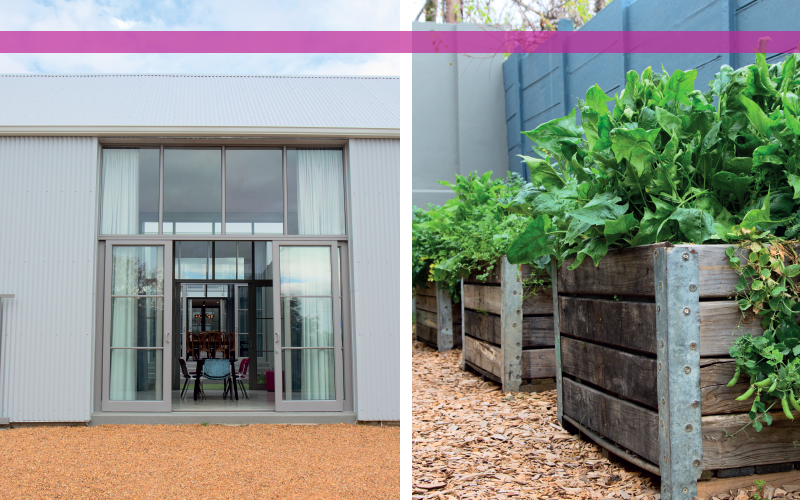 The centre will be accommodated in one of three striking corrugated-iron sheds five minutes’ drive from the academy, in the former farmworker community of Jamestown. Fassler’s vision is to create a vibrant, inviting centre to inspire youngsters from the community to study in the field of visual communication.

‘We’re hoping they and their parents will walk into our new space and see the opportunities that a career in visual communication can offer them,’ she says. ‘There’s still a perception that the only worthwhile [professions] are doctor, lawyer or accountant. We want to create awareness that a career in the creative arts can be just as worthwhile. There’s a huge need for talented and well-trained graduates in advertising and design and related fields, and not enough diversity.’ 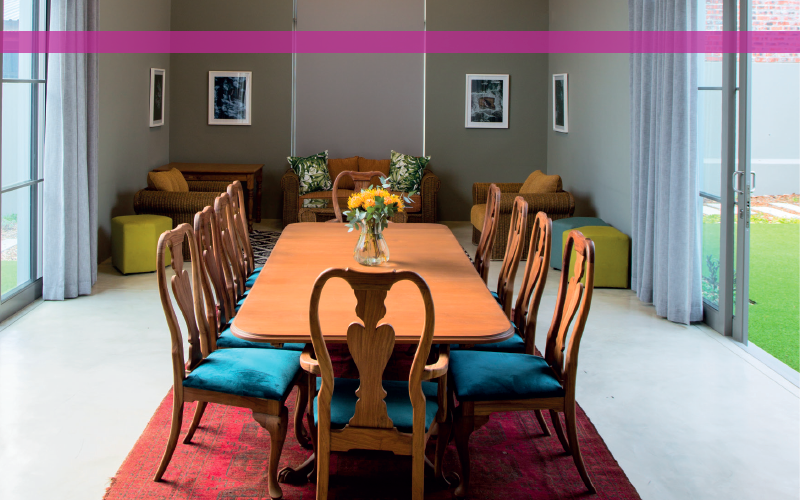 One of the most important ingredients for creativity is diversity, adds academy lecturer Mike Tigere Mavura. ‘Diversity channels multiple perspectives and narratives into the creative process and makes for critically sound creative outputs.’

The location of the hub dictated the design of the structures in which the centre would be housed. Fassler and the architects, multi-award-winning Slee & Co, embraced the historical context of Jamestown and its built fabric.

Lying on the eastern side of Route 44 linking Stellenbosch to Somerset West and Strand, Jamestown has a typically SA history. It was named after James Rattray, a Stellenbosch butcher of British descent.

In 1902, Rattray and German missionary Jacob Weber acquired part of a farm, then known as Blaauwklip, which they later divided into plots. These were sold to families who worked on the strawberry farms that produced the predominant crop of the area. Under apartheid, Jamestown was declared a coloured area and, since democracy, the area has attracted mostly artists, architects, designers and film directors, who have been welcomed into the community.

‘The original building at number 43 Webersvallei Road was an old red corrugated-iron shed used for packing strawberries, but it had been demolished before we bought the property,’ says Fassler. ‘We asked Johann Slee to design a building that would refer to the heritage component of the property, so we could give back to the people what they once had.’ 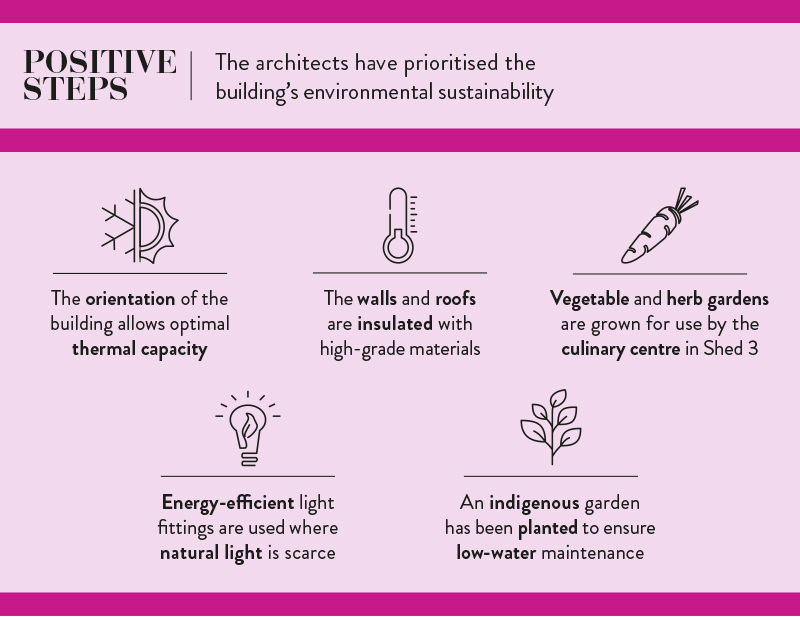 She envisioned one long building with different levels for people to connect – ‘our creatives and business and the community’. Slee persuaded her rather to have three smaller, separate sheds to allow for networking and ideas to flow in different spaces, both in- and outdoors. Essentially, what emerged were three empty boxes opening onto courtyards that link them.

The one ‘box’ has an open-plan ‘kitchen-dining-living’ room, and a mezzanine floor housing a bedroom and bathroom en suite. The other two ‘boxes’ share ablutions, but they have been designed so a mezzanine floor can be installed in future. It’s all very simple, minimalistic and flexible.

Barbara’s daughter Beatrice, a graphic designer and chef at the hub, explains that the sheds at number 43 all serve as platforms ‘for various projects to happen, hence the name – Platform43’.

Shed 1, closest to the road, will soon house a printing laboratory for the academy’s photography students, graduates and all who require the services. Shed 2 is the accelerator centre. ‘This will house 10 youngsters, at least three of them from the community of Jamestown,’ according to Spangenberg.

‘Our entrepreneurial graduates, some of whom have been working in the industry, will be applying to work from the space. I want a diverse group of creative, digital and other start-ups to form part of the chosen group,’ he says. 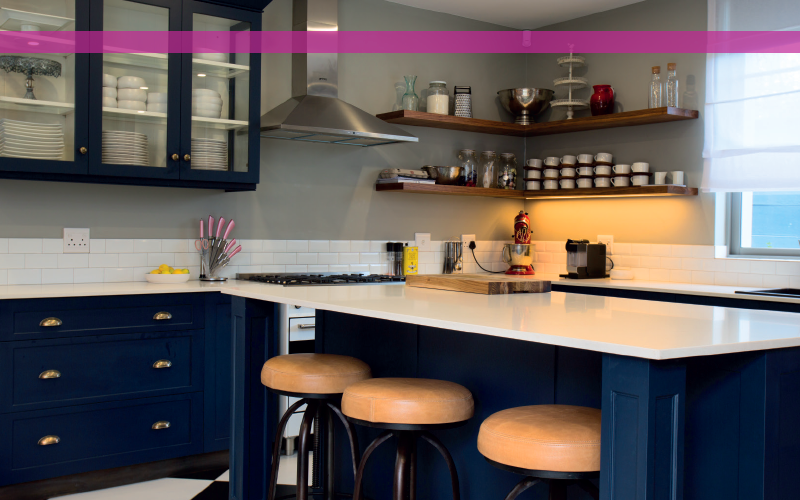 Shed 3, which has the mezzanine level, is run by Beatrice as a culinary centre for hosting cooking workshops, training, seminars, product launches, meetings, lunches, art exhibitions and pop-up shops. ‘I want people to connect over a meal, through conversation. I want them to enjoy good food and wine, and the high-end patisserie we create,’ she says. ‘There are already two chefs involved in the space and, where necessary, we’ll also invite other chefs to match the needs of our clients, or merely to work to inspire one another and share their talents.

‘We also want the community to come and use this as a collective space, whether for planning local events, like the annual Strawberry Festival, or for local upliftment events.’

The unpretentious yet stylish sheds reflect the past of the area and its present, where wood-and-iron buildings still abound in the old residential area, but they point with quiet confidence to the future. They have been painted a calm slate grey, a colour Barbara felt would welcome people into the space more than the red of the original shed. The slate sits well with the architect’s ethos.

‘Our architectural palette has its origins in the earth, in muted colours and textured finishes reflecting abundant sunlight,’ reads Slee & Co’s mission statement. ‘They reflect simplicity and honesty, echoing the vernacular of local built forms, embracing our unique people, skills, climate and space.’

Cillié Malan, senior architect at the practice, emphasises that their concern with the planet extends to embracing sustainable design in a conscious way. ‘All three sheds were positioned on the long, narrow plot with a northern facade for optimal thermal capacity,’ he says.

The cavity brick walls, clad with corrugated iron, are well insulated with isotherm board, and the ceilings with isotherm flexible fibreglass wool. This reduces the need for energy-consuming cooling systems in summer or heating in winter. The windows and sliding doors are of low-emissivity glass with a microscopically thin coating that reflects heat. 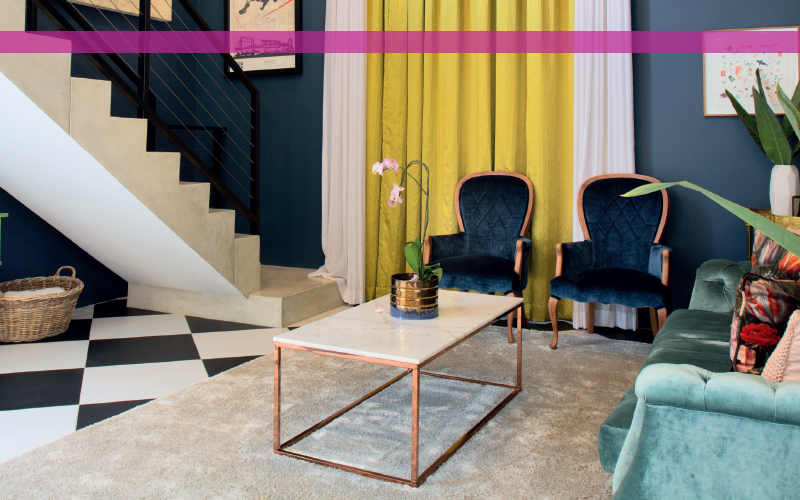 By opening or closing them, depending on the wind and weather, each box can achieve natural cross-ventilation as needed. Communal or quiet spaces can also be created by opening them onto the courtyards, or closing them off.

The contractor, Jack Randall of JDR Projects, installed LED lights throughout and ceiling fans, and, as budget allows for it, solar panels could be installed to provide sufficient energy for lighting, water heating and water pumps. There’s also the potential to install tanks to harvest and recycle roof-water run-off for the indigenous garden and burgeoning vegetable garden.

Fassler is inspired by the Jamestown community’s positive response to the sheds. ‘This was a very exciting project that could only be realised by teamwork,’ she says. ‘Our aim was to build a hub that would have a positive impact on the community – a place where creative minds could meet and exchange ideas in a space that would inspire them to apply their creativity, and to accept their social and environmental responsibility.’