to developer Growthpoint Properties and designer AMA Architects was not simply to consolidate the company’s offices in Pretoria and Johannesburg into a single thriving workspace – the ConneXXion – but to create a ‘culturally rich and expressive building as home to its diverse African workforce and continental visitors alike’, according to AMA Architects MD Adrian Maserow. ‘The building needed to embody ubuntu, the African philosophy of inclusivity, and become the generator of a recognisable humanistic architecture.’ 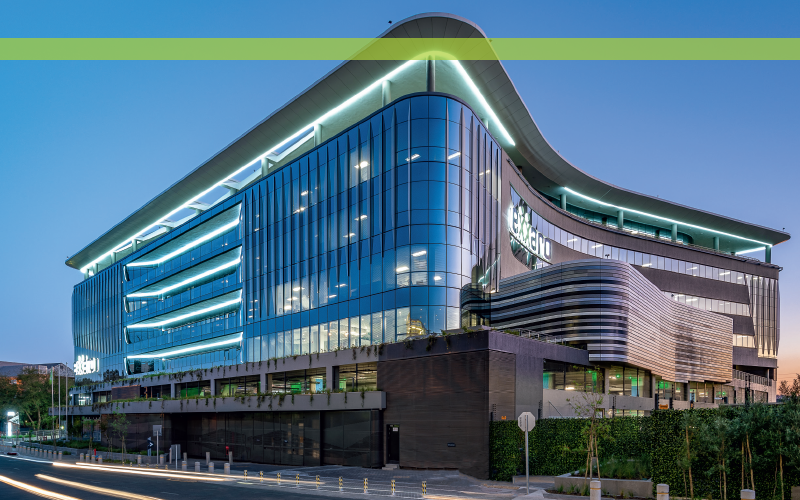 The structure also needed to embody a green ethos – something already central to the approach of AMA Architects and to Growthpoint (which owns or co-owns the largest number of Green Star-certified buildings in SA), and they brought green building expert Aurecon on board. For Exxaro, creating a sustainable environment was part of building the optimal workspace for its 650 permanent employees and 200 project workers. ‘We understand that we’re only as strong as our people, and we’re committed to looking after them and enriching their lives,’ says Exxaro CEO Mxolisi Mgojo.

In line with this, Exxaro has adopted the activity-based-working model. ‘It’s a system built on trust and empowerment, which dispels ideas of the traditional workplace in favour of an environment that puts the power in the hands of the workforce,’ says Mgojo. ‘It’s a way of functioning that’s agile, flexible and smart, allowing staff to work, interact and collaborate in a way that best suits them.’ The model prioritises the needs of employees: ‘They’re given the power of mobility, so instead of being restricted to one area, the whole building becomes their workplace. Work takes place everywhere and anywhere – even outside the office, if necessary. And staff are given the choice of how, when and with whom they work. Their workspace is essentially determined by whatever task they need to accomplish.’ 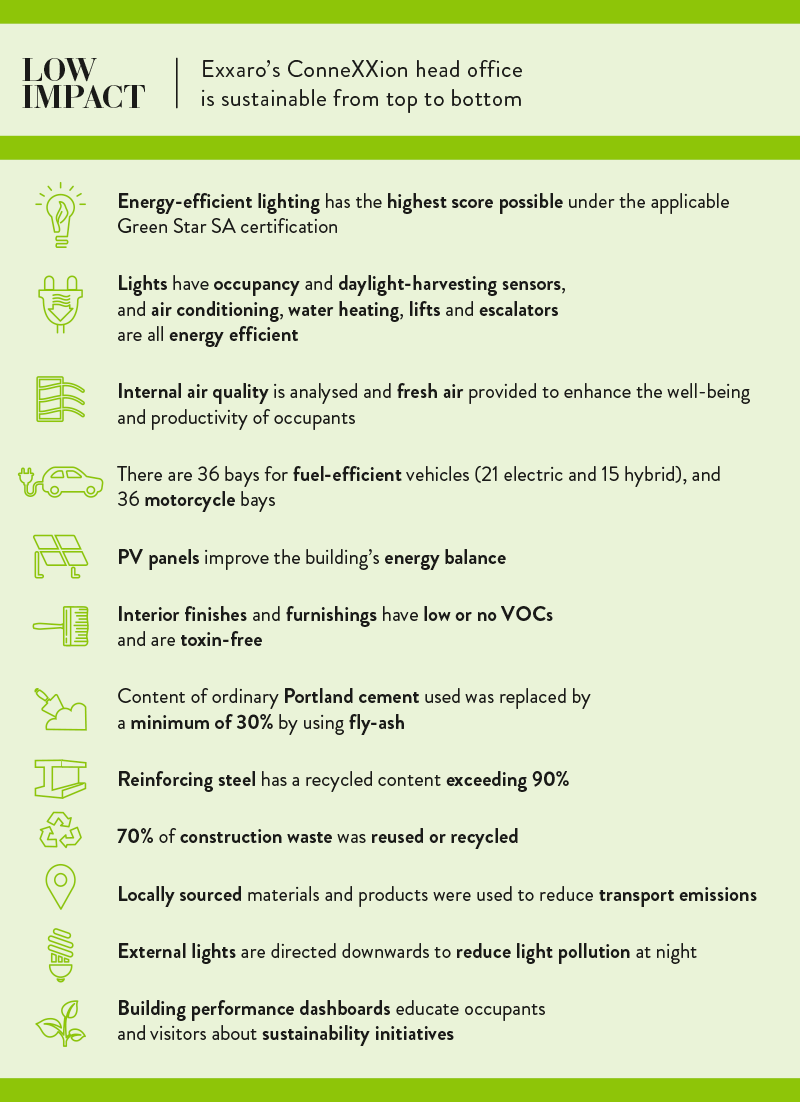 Supporting this new office culture is what the ConneXXion is all about: a multi-purpose structure of 18 500 m² designed as a social space for interaction and cohesion. This plays out as five storeys of office space above four parking levels.

Within the office space, AMA Architects, working with interiors architect dkh thinkspace, has created eight different workplace settings to ensure a balance between collaboration and individual work settings. Meeting rooms are for information-sharing and brainstorming; ‘landing spaces’ are areas where workers can get together before or after a meeting; ‘jump spaces’ invite people to sit at a computer or on an ottoman for a short confab; while secluded ‘havens’ provide comfortable nooks to concentrate on projects that require focus. ‘Coves’ are cosy communal areas near individual work points; ‘the hive’ is a grouping of workstations where collaborative and individual work can be done; and ‘the workshop’ is where staff gather to generate new ideas and drive projects.

Finally, there’s the plaza, a central atrium flooded with natural light from a skylight, with a reception and auditorium for presentations.

Architecturally, the challenge was ‘finding the efficiencies within the design that lead to cost efficiencies that make the project developable’, says AMA director and architect Gerald Pereira. ‘In this regard, the Exxaro project is remarkable in several ways.’ For one thing, the floorplates are quite deep, enabled by the atrium, ‘which means we get a very efficient facade area to floor area ratio – less facade area than normal. This allowed the building to be constructed efficiently, and had the added benefit of efficient thermal loads related to the floorplate’. Heat acting on the outside facade that eventually transfers into the floorplate has more floorplate to heat, he explains, leading to less thermal load (stress created by change in temperature) on the building. 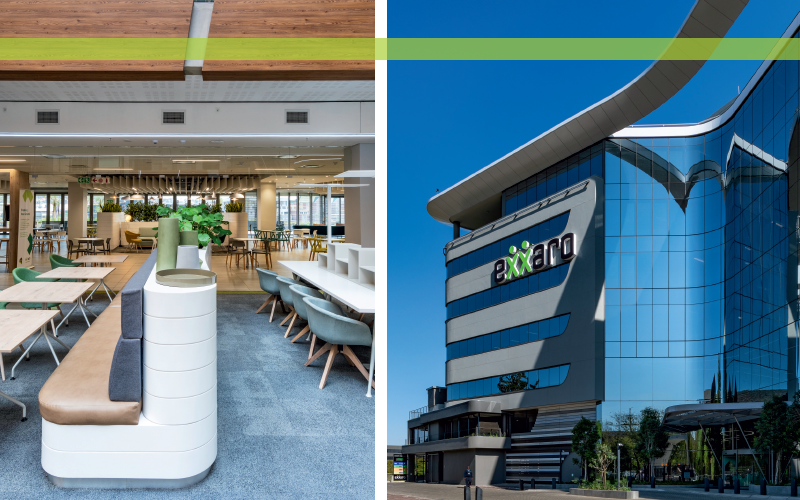 The form of the structure was inspired largely by the function within it, says Pereira. ‘Office buildings require efficient and friendly space, and the outside form is very much generated from the user-friendly floorplate. The end result is a curved, poetic, organic shape that blends itself around this function, logically curving at sharp corners, where interior space becomes unusable anyway. At the same time, the design introduces a modern feel, giving its Centurion node a well-dressed neighbour as a nod to future development to come.’

The skin of the building that leads to its dramatic aesthetic is also significantly determined by energy considerations, cost efficiencies and climate, he says. ‘But in this case we like to think we’ve used our abilities to ensure a fantastic blend of material and colouring to simplify the external facade elements for the form of the building to stand out, and for a subtly coloured addition to the cityscape. The glass largely mirrors the sky, allowing the building to softly blend in with the context at any time of day.’ 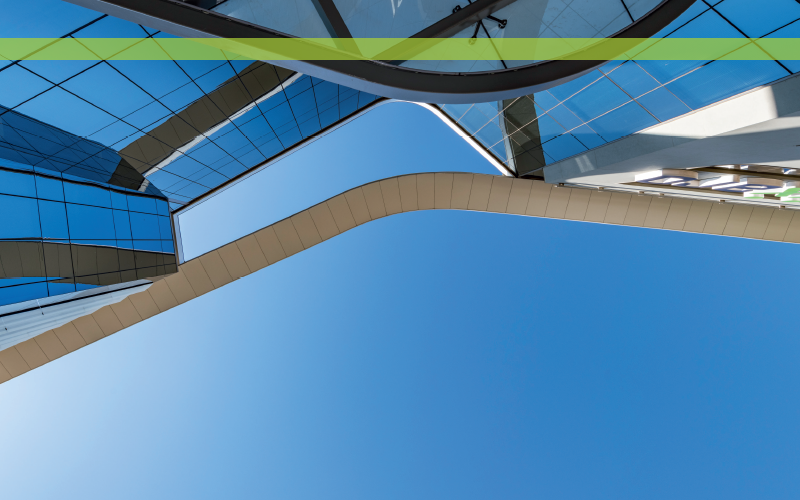 Among the features with which Pereira is most pleased is the use of curved glass. ‘The difference between actual curved glass and faceted glass to achieve a curved look is phenomenal. Without this curved-glass element on the corners and at the entrance, the building wouldn’t achieve the same seamless, organic look.’

Other innovations of note are the installation of electricity-generating vertical glass on the top floor as a pilot programme for Growthpoint, and a ‘no-touch’ female urinal, still new to SA offices, which is also being piloted – along with an on-site nutrient-recovery urinal created by the winner of the Greenovate Engineering Award in 2017, UCT student Craig Peter Flanagan.

Saving water was also behind the landscaping that’s a large part of the ConneXXion’s appeal – generous terraces, balconies and a roof terrace with 360-degree views create park-like pause areas for workers. ‘Our focus was on the visual appeal of the building, sustainability, biodiversity and the reduction of potable water use,’ says Carmen van den Einde of Interdesign Landscape Architects. ‘The planting palette was selected to soften the edges of the building, while enhancing it by showcasing different colours and textures throughout the seasons. Species are primarily indigenous and water-wise, and we’ve used the highest-quality automatic drip-irrigation system, plus soil sensors and smart controllers to monitor the moisture of the soil in the planters, and reduce or increase water as needed.’ 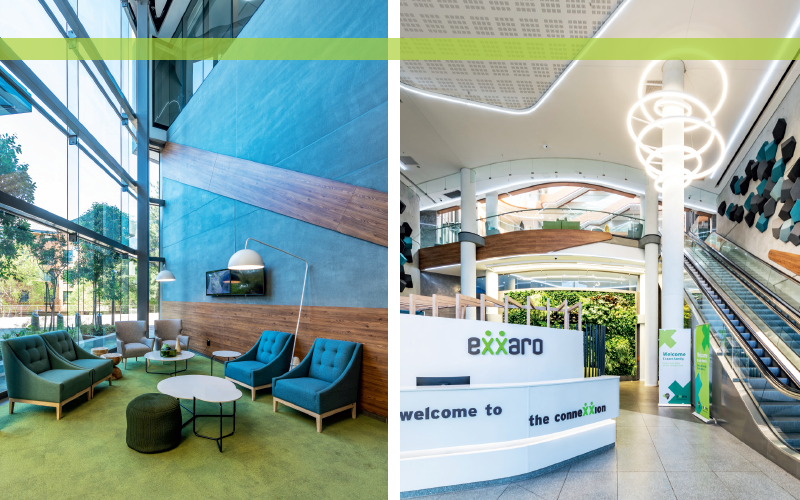 Other water-saving features include innovative aerators on most taps, limiting water flow to 1.9 litres/minute (less than half the Green Star SA flow rate of 4 litres/minute, and 76% less water than the national best practice); water meters to monitor consumption and detect any leakages; 158 kl water-storage tanks that collect rainwater for flushing and irrigation; and a hydro panel that produces water out of air to drinking quality.

A major consideration was the site’s dolomite bedrock, which weathers and dissolves over time. ‘Because of this, the landscaping’s been done in lightweight built planters – closed systems that recycle water and prevent it siphoning into the ground,’ says Van den Einde. 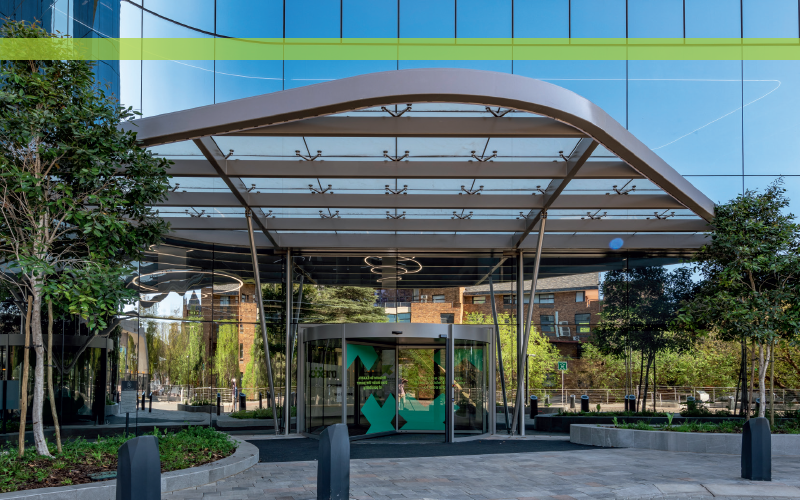 In fact, it’s one of the great triumphs of the ConneXXion’s construction that it took place on this site at all. ‘The subsistence that occurs on dolomitic terrain following development has given dolomite a notorious reputation, and engineers and geologists became reluctant to recommend development on the material,’ notes a Stellenbosch University study. ‘This has led to the pioneering of founding methods for a variety of structures aimed at reducing the risk of damage.’

The ConneXXion is an outstanding example of this. Dolomite pinnacles were blasted and drilled down, then the upper layers of soil were compacted, and a steel-reinforced concrete ‘raft’ foundation was laid, complete with sensor monitoring. So proud are the developers of the building’s innovative, safe foundations, that a glass-covered manhole was installed, giving a view underground of a dolomitic pinnacle below the parking area.

As Growthpoint development manager Michiel Gerber puts it, ‘it’s just one of the many ways this singular building tells its story and encourages users to engage with it’.