The rise of a small coffee roastery in a backstreet of Somerset West stands for the change that the town has undergone. From a sleepy place popular with well-heeled retirees and expat ‘swallows’, it has evolved into a vibrant country town that attracts families, students and young professionals with its relaxed lifestyle and winelands charm.

‘Somerset West needed a bit of spunk,’ says Calvin Botes, who started up Merkava Coffee Roastery four years ago and has since opened three more coffee shops in the area as well as one in central Cape Town.

The original roastery in Somerset West’s Caledon Street, just off Lourensford Road (the MI68), is a simple commercial property that appealed to Botes at first sight. ‘I knew that this was my spot,’ he says, and explains how another business tenant snapped it up but that he was prepared to wait for them to move out. ‘It only took three months. The estate agent said that nothing else had worked here before, so the timing for a coffee roastery must have been right. ‘It’s the smallest of my shops, it doesn’t have a sea view and it’s not on a corner with much foot traffic, but it’s the busiest in the Merkava brand. We serve about 300 cups a day.’ Complimentary, yes, even gushing, reviews on Facebook, Instagram and Trip Advisor reflect a loyal customer base. ‘Coffee is about community and bringing people together,’ says one of the regulars, who enjoys chatting with others from Somerset West and the fact that the barista knows his order unprompted. ‘Most of our clientele are in their 20s to early 40s – a lot of students and families. But many are also well above that age bracket,’ says Botes. ‘Somerset West has a great mix of people.’

One of the newer residents is TV presenter and model Mishka Patel, who grew up in nearby Stellenbosch and moved to Somerset West two years ago. She admits to initially having some doubts. ‘Everybody was asking me whether I was crazy. I work in Cape Town, so why live in Somerset West?’ she says. ‘But it’s actually not a problem. And the proximity to the airport makes my life easier, as I often get called to Joburg at short notice. I can drive to the airport in 20 minutes, park my car and catch that flight.’ There’s obviously a lot more to Somerset West than its strategic location on the N2 and the R44 to Stellenbosch. The historic town (together with Gordon’s Bay and Strand) forms part of the Helderberg Basin, which is situated below the picturesque Helderberg mountains and, on the Strand side, features golden sandy beaches. During the early colonial days, the mountain range of which the Helderberg peaks form a part was called ‘Hottentots Holland’ – an unfortunate name that still sticks. In the 17th century, Dutch settlers described the area as ‘fat and productive’, particularly suited for ‘grain, wine, tree fruit, vegetables and other similar growths’. Today it remains verdant and fertile, with some of Africa’s top vineyards (notably the historic Vergelegen and Lourensford on the edge of Somerset West), and the apple-farming area of Elgin just across Sir Lowry’s Pass. The town’s name – after Lord Charles Somerset, the English governor of the Cape Colony from 1814 to 1826 – had the ‘West’ added in 1825 to prevent the village from being confused with Somerset East.

The Eastern Cape namesake also has a mountain backdrop and a golf course but this is where the similarities end. Somerset West is renowned for its championship facilities at Erinvale Country and Golf Estate (which was home to at least 20 multimillionaires a few years ago, according to New World Wealth) as well as other excellent golf courses such as Somerset West Golf Club. 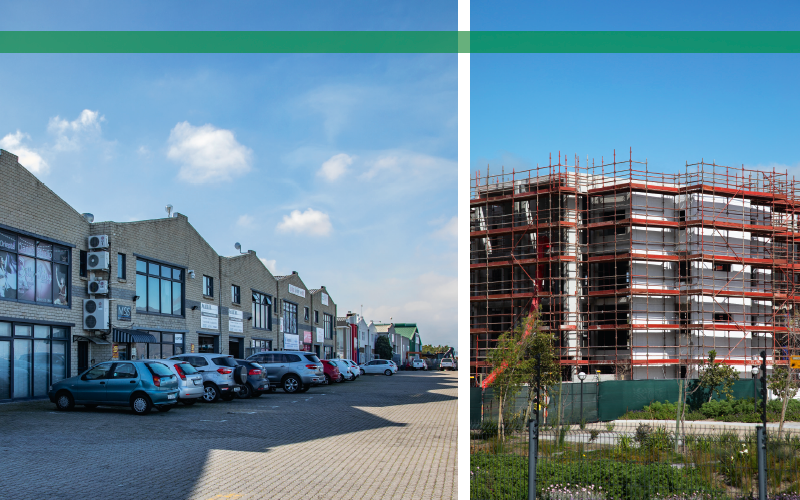 The 2019 South Africa Wealth Report by AfrAsia Bank and New World Wealth notes that Somerset West has a high concentration of millionaire properties and lists 30 homes valued at more than R20 million. Suburbs such as Spanish Farm, Fairview Heights and Boskloof are some of the most expensive in SA, offering sweeping vistas of the mountains and the False Bay coast.

Various former CEOs of large companies are said to have settled in the luxurious Somerset Lifestyle and Retirement Village, which incorporates premium life-right cottages, apartments and freehold houses. ‘Somerset West has always been a property town,’ according to Harcourts Platinum, a real estate agent that has specialised in the Helderberg area since the early 1970s. ‘Demand for property in Somerset West has always been high, with purchasers from Gauteng, the UK, Germany, and Namibia all falling in love with the charm of this historic town.’

Although Somerset West and Strand are now running into each other, they are ‘worlds apart’ from a property point of view, says Jan Myburgh, sales manager at Harcourts Platinum. ‘There’s a distinct price differentiator: the Somerset market is more expensive, and a lot of development is taking place in secure estates.’

Quoting Lightstone Property data, he says that around 5 700 freehold properties are inside gated communities (accounting for nearly 30% of the current residential market stock in Somerset West) as well as a low number of sectional title (440 units or 2.3% of total stock). Outside of security estates, about 8 660 (roughly 45%) are free-standing houses in their own yard, while there are 4 330 sectional title units accounting for 22%.

Patel lives in one of the estates and says, ‘I feel extremely safe here, and it’s beautiful – so quiet and serene.’ She adds that outside her estate, she enjoys the lively side of Somerset West, the hip new places in Somerset Mall and various outdoor activities and places to be discovered nearby.

According to Lightstone, SA has about 6 500 gated and estate properties, with houses typically costing nearly three times the national average. Estate living is one of the fastest-growing property trends, boosted by the demand for a quality lifestyle in a secure environment, and buyers are often prepared to pay a premium of 20% to 40% for this luxury, says Samuel Seeff, chairman of the Seeff Property Group. He adds that the Western Cape’s country estates offer unique features such as wineries and vineyards, olive groves, eco-trails, and equestrian centres in addition to lifestyle, clubhouse and golfing facilities. 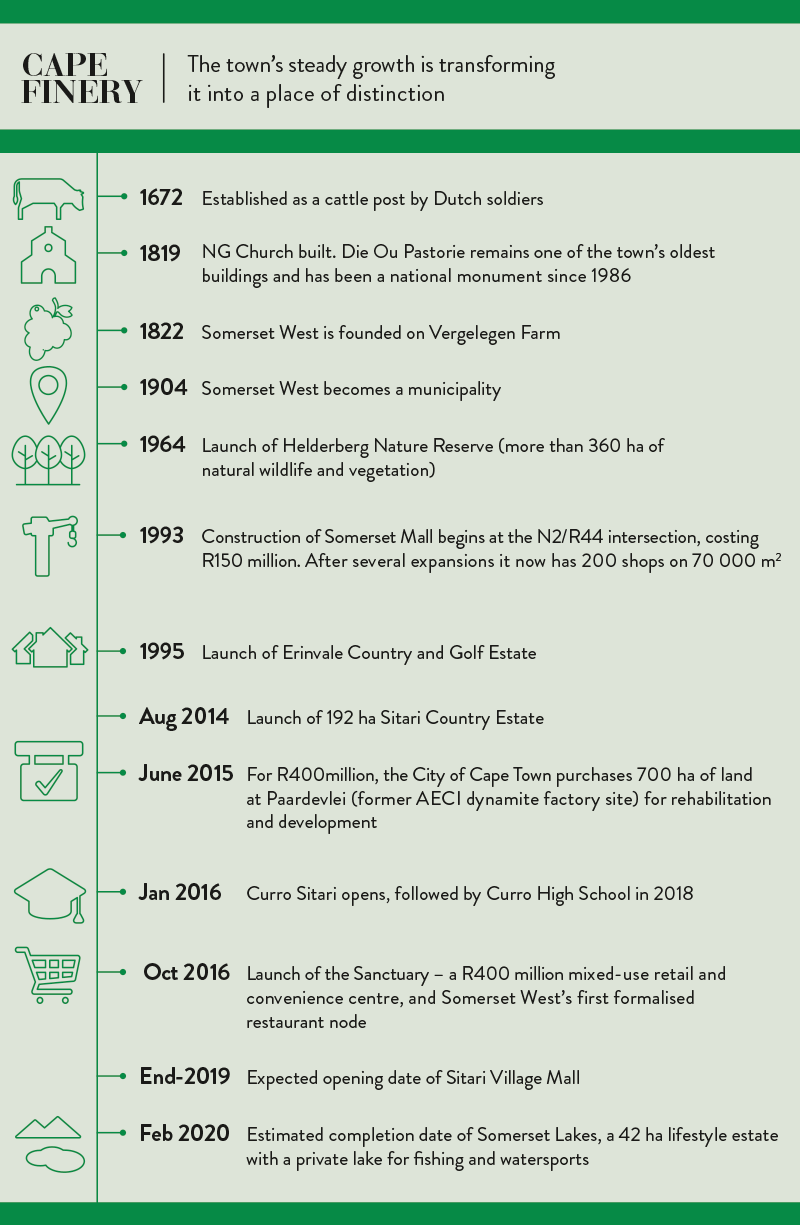 Gated estates also appeal to ‘super commuters’ who work in Cape Town, Johannesburg or even in the rest of Africa and Dubai, Abu Dhabi or Qatar, according to Pieter Jordaan, Seeff licensee in George. The trend towards super commuting ties in with the ‘semigration’ that has seen families moving from Gauteng to the Cape for a more relaxed lifestyle. And here Somerset West is a popular option because of the good schools, the choice of outdoor activities on the beaches and mountains, and the proximity to the airport, says Chris Cilliers, CEO and principal for Lew Geffen Sotheby’s International Realty in the Winelands. She adds another crucial selling point for gated estates:  ‘Security is a major factor, especially if the family is going to be alone during the week.’ 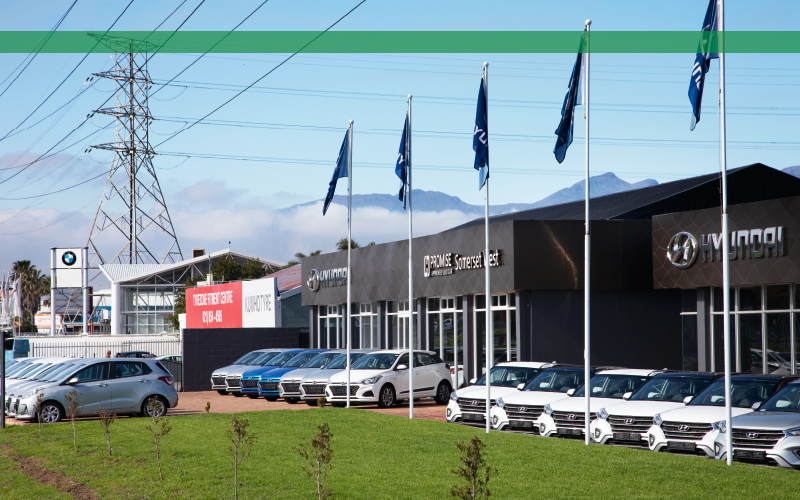 The largest gated estate under development is undoubtedly Sitari Country Estate, off the N2, covering 192 ha. The security estate will eventually feature 3 150 premium and luxury apartments, homes and plots, among vineyards, trees, herb gardens and a 22 ha wetland. Residents will also have access to a private Curro School (catering from creche age to matric) and a shopping centre within the estate. ‘We created Sitari as a self-sufficient suburb that caters for a wide variety of lifestyle requirements,’ says Francois Smit, COO of the Uvest Property Group, the estate’s master developer. ‘We always had a vision for a premium retirement component,’ he adds, announcing a partnership with Evergreen Retirement Holdings (called Evergreen Sitari) that will see 500 retirement properties being built, supported by professional home-based care to on-site frail care. 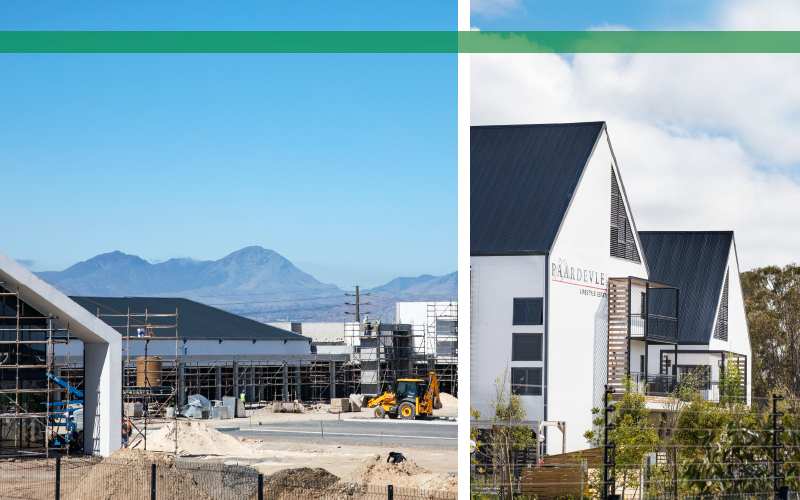 While Somerset West still serves the more mature market, the demographics are definitely changing, says Myburgh. He quotes Lightstone data for the year leading up to June 2019, where the majority of property buyers (33%) were aged between 36 and 49. Only 24% fell into the ‘pensioner’ category (65 and older) and 16% were ‘youth/adults’ between 18 and 35. ‘From a real-estate perspective, I don’t experience it as a retirement town anymore,’ says Myburgh. ‘There has been a lot of commercial and industrial development, with small businesses, factories and warehouses situated in business parks right next to the N2. From Somerset Mall to Sir Lowry’s Pass there is a 10 km stretch of virtually uninterrupted small businesses and commercial activity.’

This has created employment, which in turn is making the town even more attractive as a place for the younger generation to put down their roots. Now the municipality simply needs to tackle the traffic congestion on the N2 so Somerset West can retain its laid-back, unhurried country charm.

Jane Molony, executive director of PAMSA, on how paper and its  by-products are a... END_OF_DOCUMENT_TOKEN_TO_BE_REPLACED