The conversation about  oil and its impact on the environment tends to  start and end with talk of sustainability (‘How much longer until Earth’s oil reserves dry up?’) and motor vehicle carbon emissions (‘How much longer until e-vehicles replace our petrol- and diesel-powered cars?’). A few voices are now starting to speak up about another, far more immediate question: what should we do with all the oil we’ve already used?

It’s a question that Bubele Nyiba, CEO of the ROSE (Recycling Oil Saves the Environment) Foundation, asks every day. Industries such as construction, agriculture and transport work through millions of litres of oil, with trucking alone generating 7 million litres of used oil every year. ‘Many people don’t know that used lubricant oil is dangerous as it contains harmful toxins and cancer-causing agents,’ says Nyiba. ‘Dumped, it seeps  into rivers and lakes, contaminating our water.’

The trouble is, that’s exactly what happens to much of SA’s used oil: it’s poured directly onto the ground, as either a dust suppressant or as a means of disposal. This is despite laws such as the Waste Act, which makes industry sectors responsible for managing the waste they produce. Nyiba says that while the construction industry is generally good at managing demolition and building waste, used lubricant oil (a common by-product of mechanised processes) is often overlooked.

Used engine oil is sticky, toxic and dangerous (the Waste Act classifies it as hazardous waste), and a single litre can contaminate 1 million litres  of water. Anton Niemann, GM of Shell Lubricants, notes in a recent statement that the petrochemical industry is looking into eco-friendly alternatives. 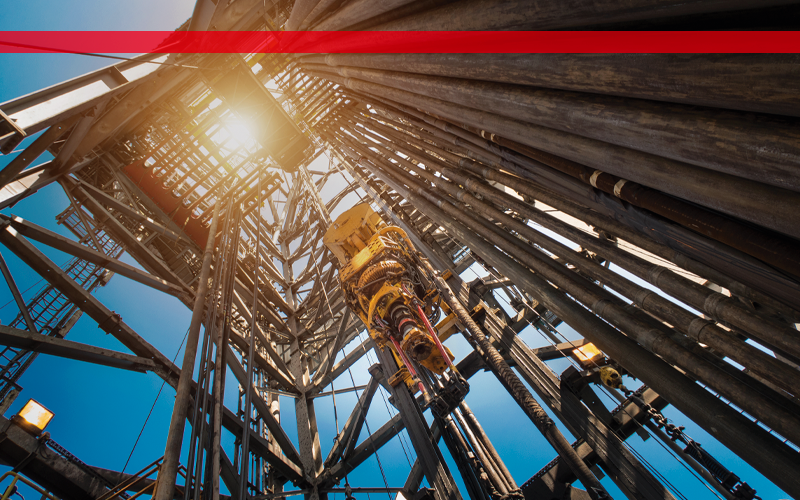 ‘We’ve all witnessed the tragedies that can occur when oil is accidentally spilt into a water source, and suppliers are constantly ensuring that they place as little impact [on] Mother Nature as possible, even going so far as to investigate alternatives to replace crude as a major ingredient in the production of engine lubricants,’ he says. ‘This, however, doesn’t mean that synthetics are completely eco-friendly, and they should still be treated as hazardous once used. It is vitally important to treat all uncontaminated used oil as recyclable, and [it] should be disposed of in the correct manner.’

Under the Waste Act, companies that generate more than 2 kg of used lubrication oil per day are required to register on the South African Waste Information System (SAWIS). Once registered, generators need to submit figures every 90 days.

Before 1994, the SA government imposed a tax on lubricants to subsidise the re-refining of used oil back into lubricating oil. When that subsidy was removed, the ROSE Foundation was established as part of an extended producer-responsibility initiative to encourage recycling and prevent dumping and burning of used lubricating oil. Foundation members currently include the likes of BP Southern Africa, Total South Africa, Sasol, Engen and Shell South Africa.

Here one needs to understand the significant difference between recycling and re-refining.  ‘The term “recycling used oil” generally means  to take used motor oil and use it for a different purpose, most commonly to be burnt as fuel,’ says Nyiba. ‘In the lube oil industry, “recycling oil” or “reconditioning oil” is most commonly referring  to using commercial filtration systems to remove insoluble impurities. This method, however, does not remove any of the soluble contaminants. This resulting oil is generally used for fuel and is only good for one-time use. Reconditioned oil is not suitable for use in vehicles.’

Meanwhile, re-refining of used oil is a process that removes all impurities (both soluble and insoluble), returning the oil to a quality suitable for use in vehicles. ‘Re-refined oil has a quality that is equal to or better than some virgin base oils, and motor oils can be re-refined many times,’ says Nyiba. However, he adds, less than 20% of SA’s used oil is actually re-refined to base oil (the rest is mostly used as heating fuel). Compare that to Europe, where the EU’s Waste Directive promotes re-refining over burning and where some analysts believe that re-refined base oils could meet nearly a quarter of the region’s base oil demand.

‘The international trend of refining the majority of used oil back to base oil is exciting,’ he says. ‘But it’s premature for a developing country like South Africa because of the prohibitive cost of the technology and developing the necessary processes.’ 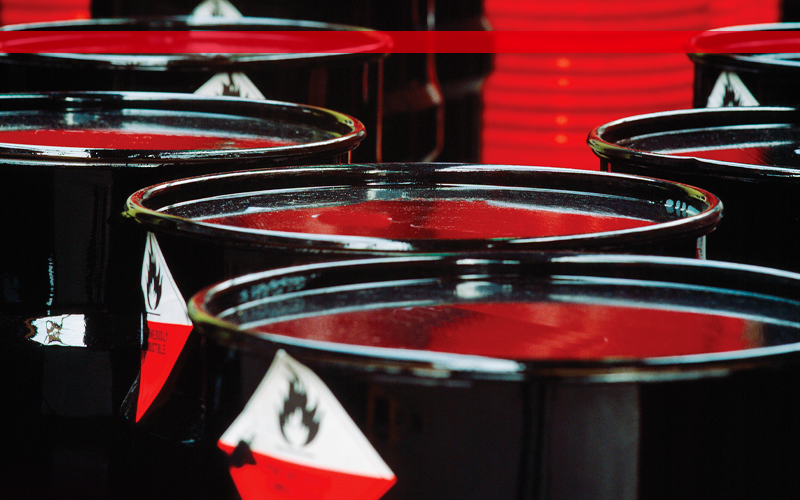 In most of the developed countries surveyed, Kline found that more than 50% of used oil is supplied for re-refining. The company’s analysis suggests that those high rates of collection and disposal are due to strongly enforced regulations, combined with an established collection system.

That’s certainly the case in Brazil, where  the re-refining industry is well established.  There, Lwart Lubrificantes has been collecting  and re-refining used motor oil for nearly  four decades.

The company claims to have 15 collection centres strategically distributed throughout Brazil, together with a fleet of at least 300 vehicles servicing more than 60 000 generating sources. Lwart Lubrificantes’s work is incentivised by Brazil’s Lei do Bem, or ‘Law of Good’, which since 2005 has granted tax incentives to companies conducting research and development of technological innovation.

‘Our R&D area is well structured to meet  the internal and external demands of studies and development,’ according to Andreza Balielo, Lwart’s commercial technical co-ordinator. ‘Research and innovation are part of the company’s culture and this has led us to join the Law of Good. It’s an extra incentive for our team.’

Brazil, however, is a rare exception among developing markets, where the share of re-refining is less than 20%. Klein argues this is due to lax enforcement of regulations, which means most  of the used oil collected is disposed of as fuel.

In SA, legislation does exist in this regard but it’s hazy in places and not necessarily implemented  on the ground. The local agricultural sector, for example, generates about 10 million of the annual national average of 120 million litres of used lubricant oil produced in SA. But many farming communities still employ unsustainable (and age-old) practices such as using motor oil as a dust suppressant on farm roads or as a livestock dip, which often leads to oil contaminating the ground and possibly even seeping into the water table.

‘Global environmental concern is growing, and the implementation of the Waste Act introduces “extended producer responsibility”, which places the onus on all South African businesses – farms included – to avoid, minimise, re-use, recycle, treat and dispose of their waste as a last resort,’ says Nyiba. ‘Conversion to more sustainable agricultural practice is necessary, both to preserve South Africa’s biodiversity and to ensure a future resource base.’ 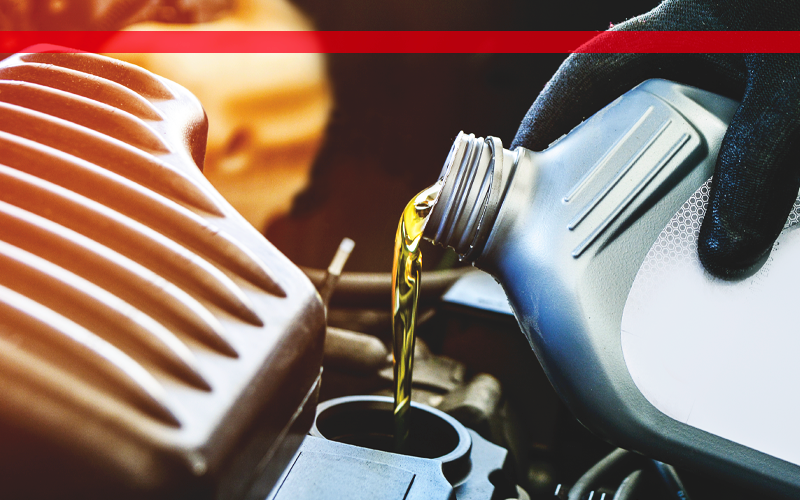 Klein’s analysis suggests that both sides of  the global industry are moving in that direction. ‘Looking ahead to 2028, re-refining rates are expected to grow,’ says Kunal Mahajan, Kline energy/petroleum practice project manager. ‘This will be driven by a number of factors, including increased re-refining capacity, growth in demand for re-refined products, the increased availability  of higher-quality used oil and stronger enforcement of regulations.

‘The ability to produce re-refined Group II and  III base stocks to meet the growing demand for higher-quality finished lubricants in the automotive sector will enable re-refiners to compete more effectively with virgin base stock producers.’

But in countries such as SA, that will only happen if the right technology and incentives  are in place. ‘Very few processors in South Africa have the capacity to re-refine back to base oil,’ says Nyiba, pointing to Durban-based FFS Refiners as an exception. ‘FFS has invested in equipment that enables them to produce a very high-quality Group ISN-150 base oil [re-refined oil] that meets and exceeds international standards for this type of product.’

He adds that while local demand outstrips  supply for burner fuel, this remains an issue in terms of air emissions. ‘Heavy and light furnace oils still contain impurities,’ he says. ‘The used-oil industry ultimately needs to move towards re-refining  back to cleaner fuels. The challenge is to make re-refining a sustainable option for processors.’

For now, the challenge of getting end users such as farmers and motor mechanics to at least consider what they should – and shouldn’t – do with their supplies of used oil remains.

Jane Molony, executive director of PAMSA, on how paper and its  by-products are a... END_OF_DOCUMENT_TOKEN_TO_BE_REPLACED