They are called Mall of Tembisa, Twin City Vryburg and Capital Mall; cost hundreds of millions of rands to build and are intended to transform the way people shop. The shiny, modern developments – costing R850 million, R290 million and R1.2 billion respectively – are among the growing number of new and revamped malls targeting underserved township and rural areas.

In recent years, this market segment has out performed high-end malls in urban centres in SA. Investments in township and rural malls are generally regarded as ‘defensive’ because their focus lies on essential goods and services; on ‘needs’ rather than ‘wants’, which are less affected by economic downturns. ‘It’s a massive market,’ says Terry Murphy, founder of the annual Township Shopper Marketing Summit that will bring together brands, retailers and investors for the 12th time, in March 2020. ‘There is a lot more money available in the town ships than the government figures suggest, because of the informal nature of the businesses and the high number of unregistered contractors.’

According to geospatial data and analytics firm Fraym, townships are the ‘largest, richest and fastest-growing retail markets’ in SA. While Soweto has the overall largest retail consumption due to the sheer size of its population (2.2 million people spending R34 billion per annum), Tembisa (which is half its size with a population of 1.1 million) shows a significantly higher per capita consumption: R18 300 compared to Soweto’s R15 000. ‘As a general observation, there has been a very significant growth in the number of township-located malls,’ says Murphy. ‘The feedback I’ve had from major developers is that they are performing very well, provided they get their retail and product mix right. They are seen as safe shopping and recreation centres, albeit most township shoppers regard a trip to the mall as a special visit and, because of the cost of transportation, they still use spazas for convenience shopping.’

This is true for Philippi (Western Cape) resident Nontobeko Mklokolo, who lives in the vicinity of three shopping centres – all a minibus taxi ride away. ‘I buy my daily bread and milk in small corner shops and only do large grocery shopping in the supermarkets at the mall,’ she says. ‘I usually go to Gugulethu Mall because there are no skollies, so I feel safer.’ 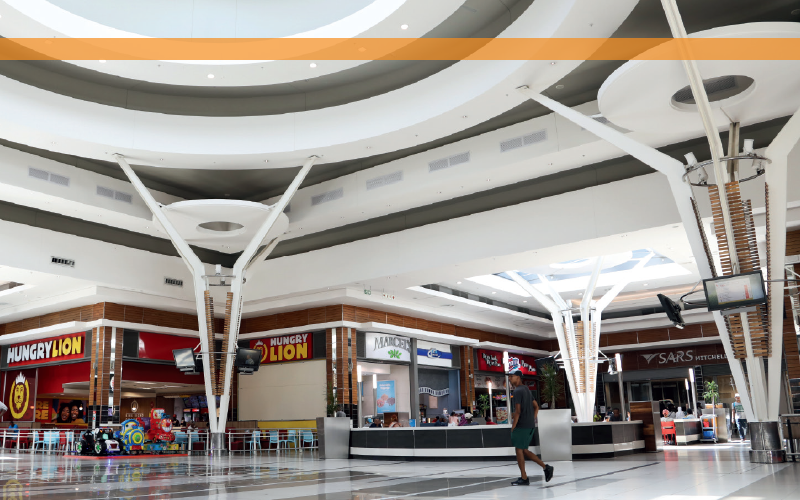 Her favourite is, however, Liberty Promenade in Mitchells Plain. ‘It’s further away but I occasionally go there because it’s fantastic, big and trendy,’ says Mklokolo. ‘It has everything under one roof: shops, food court, cinema, entertainment and, of course, free WiFi.’

Township consumers are becoming more aware of their buying power and should not be underestimated, says Lebogang Mokubela, CEO of the Lemok Group, a township-based digital marketing company. ‘There is an ever-growing discerning consumer within the township market who’d rather drive to Mall of Africa, living in Soshanguve, just to get the experience they’re looking for,’ he told delegates at the 2018 annual research conference of the South African Council of Shopping Centres.

‘What drives profitability within the township market is a balance between a sought-after tenant mix as well as entertainment. Previously, you wouldn’t find high-end stores such as Woolworths food in the township. However, we are seeing a bigger demand for such stores. This is also driven by the fact that the township market is very diverse. For example, you can have someone who earns R1 000 a month all the way to the guy who spends R1 000 on a bottle of Champagne,’ he said.

Take the new Mall of Tembisa, which promises previously underserved shoppers on Gauteng’s East Rand a stylish retail experience. ‘Tembisa awaits its own world-class shopping centre,’ the headline in community newspaper the Tembisan exclaimed, describing the project as ‘sophisticated’ and ‘expansive’ with ‘aesthetic appeal’. It continued: ‘The finished product will boast sophisticated interiors and finishes, many of them inspired by international mall designs, particularly those found in Dubai, Turkey and Morocco.’ 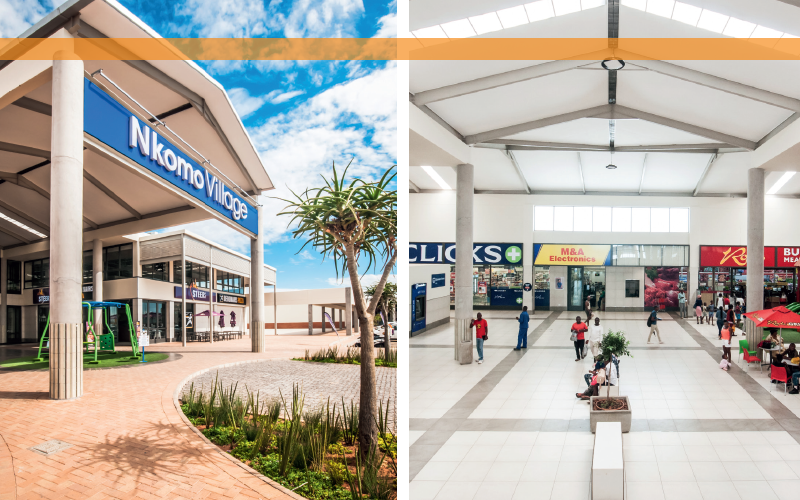 Work on the 43 000 m² mall started in April and the developer, McCormick Property Development (MPD), has already asserted its rights to nearly double the retail portion to 80 000 m² ‘as demand dictates’. The development will also include green features such as rainwater harvesting and renewable energy through solar PV panels. Jason McCormick, MD of MPD, was quoted saying: ‘We are looking at making this a beacon of environmental sustainability and have a number of features that we are looking to pioneer in this regard in order to challenge the rest of the development industry to take ownership of the challenges facing the country.’

Over time, Capital Mall could become a super-regional mall as its design accommodates the seamless expansion to more than 100 000 m². The double-level mall will be situated on a (still to-be-built) freeway interchange and will anchor a mixed-use development node called Capital City, which includes a private hospital, motor dealerships, a value retail centre, affordable housing, student housing, schooling and community facilities.

In May, an appeal against the new mall was overturned. Safari Investments had tried to stop the development as it might negatively affect its own three malls in Atteridgeville, particularly the recently completed R332 million Nkomo Village.

Safari was an early investor in shopping centres that specifically cater for the lower LSM market. At the time of writing, Safari was evaluating a R1.8 billion buy-out offer by unlisted property group Comprop, which also focuses on rural and township malls.

Smital Rambhai, director at Comprop and portfolio manager at asset managing firm Futuregrowth, has tried to dispel some of the historical misperceptions about the risks of investing in township and rural shopping malls. Futuregrowth’s Community Fund employs more than 7 500 staff across the malls in its portfolio, which include Bridge City, Alexandra Plaza and Eyethu Orange Farm Mall. ‘These shopping centres would not be out of place in any up market urban area,’ writes Rambhai on the company website. ‘National retailers at some of the centres in the fund generate a turnover that is two to three times higher than their national average,’ he says. ‘This is due to the growing population, increased housing densification, a lack of quality competition in the area, and an increase in social-grant recipients. These stores often have a cost of occupancy that is between 5% and 6%, in comparison to urban area shopping centres, which could be anywhere between 7% and 10%.’

He argues that Futuregrowth helps alleviate poverty by creating local employment during the construction phases and, where possible, on a permanent basis once the shopping centres are complete. ‘On average, 80% of the workforce employed in the shopping centres is from the local community.’ Furthermore, he points out that local municipalities receive a boost in rates through these malls, which enables them to deliver much-needed bulk services to the community.

Yet there’s criticism that malls are driving local SMEs out of business, so property developers and managers want to be seen engaging with local communities. For example, Redefine Properties, which manages Maponya Mall in Soweto among others, announced in June that it was working with youth, SMEs and NGOs in the neighbourhood. This ‘asset-based community development’, it says, has given local entrepreneurs access to space worth more than R1 million to showcase services and products at no cost. 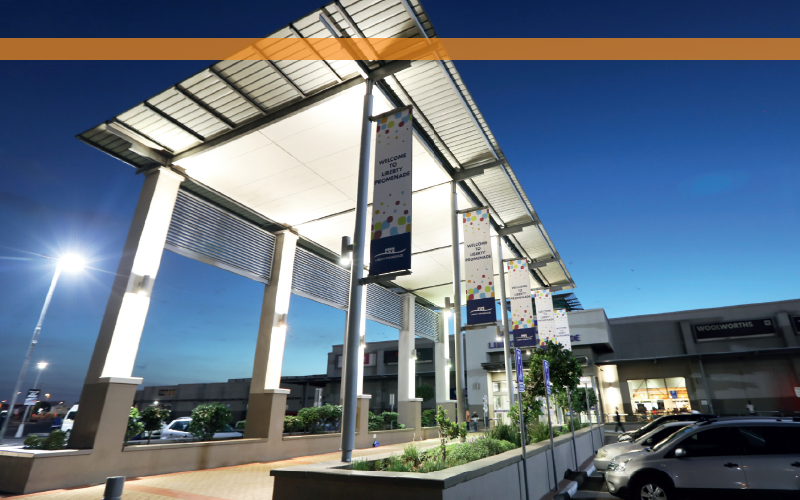 Pretoria-based shopping-centre developer Twin City says close collaboration with local communities is central to the success of its malls. Paledi Mall near Polokwane, Limpopo, is being upgraded from a community-focused shopping centre to a small regional centre that will appeal to the aspirational, young market. Twin City COO Ryno de Leeuw says the revamped Paledi Mall will feature an innovation hub for SMEs and entrepreneurs that will include internet services, meeting facilities, workshops and programmes.

The developer is also expanding its malls in Elim, Burgersfort and Groblersdal (all in rural Limpopo), and will bring the first enclosed shopping mall to the agricultural town of Vryburg, North West. The 20 000 m² mall will open in late 2021, with 70 stores, a food court and water features. ‘Twin City Vryburg is an exciting greenfields development and the group’s second foray into the North West province, with Rustenburg Mall set to open in 2020,’ says De Leeuw. ‘It will bring a modern, one-stop shopping destination to the people of Vryburg and surrounding communities.’

Vukile Property Fund also invests in township and rural shopping centres but its MD for Southern Africa, lthumeleng Mothibeli, advocates brownfield rather than greenfield developments, as he says that SA already has one of the world’s highest ratios of malls to GDP per capita. Vukile is therefore expanding and upgrading its existing portfolio – by purchasing Mdantsane Mall in the Eastern Cape, revamping malls such as Pine Crest in KwaZulu-Natal and greening its portfolio, where solar PV installations and the use of energy and water meters have already achieved significant savings.

According to Mothibeli, the difference between good and bad malls will grow even bigger in future, as ‘those that are dominant in their nodes with shops that cater to their customers’ needs and aspirations will survive’.

Here tenant diversity and customer-centricity are key. ‘To understand shoppers, the logical approach is collecting as much data as possible about their movements within a centre using fibre, WiFi and beacon technology,’ he says. ‘This live and ever-changing big data is then overlaid with smart analytics to extract shopper insights.’

For now, the power seems to be in the hands of consumers, where for once it’s the shoppers in previously underserved township and rural areas who will decide the future of SA’s malls.

Jane Molony, executive director of PAMSA, on how paper and its  by-products are a... END_OF_DOCUMENT_TOKEN_TO_BE_REPLACED