By 2050, the hotel sector must reduce its carbon footprint by 90% if global warming is to be kept below the 20°C threshold as set out in the Paris Agreement (according to Greenview’s Hotel Global Decarbonisation Report, commissioned by the International Tourism Partnership). This, coupled with the rise in ‘sustainable travel’, means the hospitality sector needs to go green in a big way.

In Cape Town, one luxury hotel taking heed is 15 on Orange, Autograph Collection, a part of Marriott International, which installed a large solar plant on the roof in late 2018. ‘Since it’s the largest hospitality installation in the Western Cape, with the largest output, we’d like to see ourselves as pioneers leading the way for others to follow,’ says Francois Steyn, who is group hotel portfolio manager for Spear Property, which owns the building, as well as chairman of the 15 on Orange body corporate. According to him, the impetus to install the plant came from Marriott International’s business strategy as well as the power challenges and costs that businesses experience in SA. ‘Reducing the carbon footprint has become a key focus of company policy – and there’s no compromise in the way forward,’ says Steyn, adding that ‘instability in our power supply has challenged the consistency of one of the core essentials for a good night’s stay − providing a hot shower’. 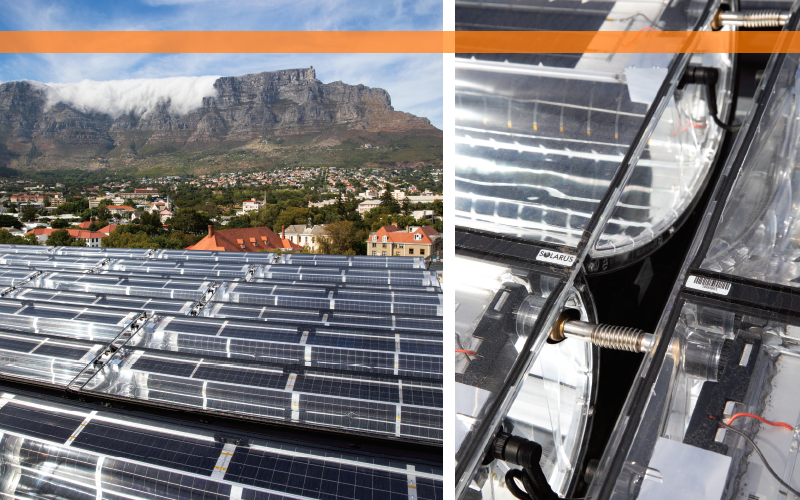 So the hotel decided to take advantage of being in a city that gets plenty of sun, and researched solar-power options. Installations such as flagship projects at the Vineyard Hotel and the Radisson Blu suggested a Solarus system would be the best solution for the hotel’s rooftop.

The hybrid solar PV thermal (PVT) system − made up of 124 Solarus PowerCollectors, which create a viable and stable energy supply for the hotel’s 129 rooms, large restaurant, spa, laundry and residences − has produced one of the highest energy yields measured yet and significantly reduced the hotel’s operating expenses. Solarus, a private company with its headquarters in the Netherlands, and a R&D centre in Sweden, also has a branch in SA, headed by René Laks. ‘We focus on the hospitality sector, where our solutions make sense, given the typical hot water demands and limited roof space,’ says Laks. ‘When you look at a hotel’s demands, 50% is to do with heating water for the rooms, spa, kitchen and so on. So it makes sense to use solar in the day and store it in tanks, which is what we do.’ Solarus started the project in the first week of October and finished mid-December − just in time for peak tourist season. 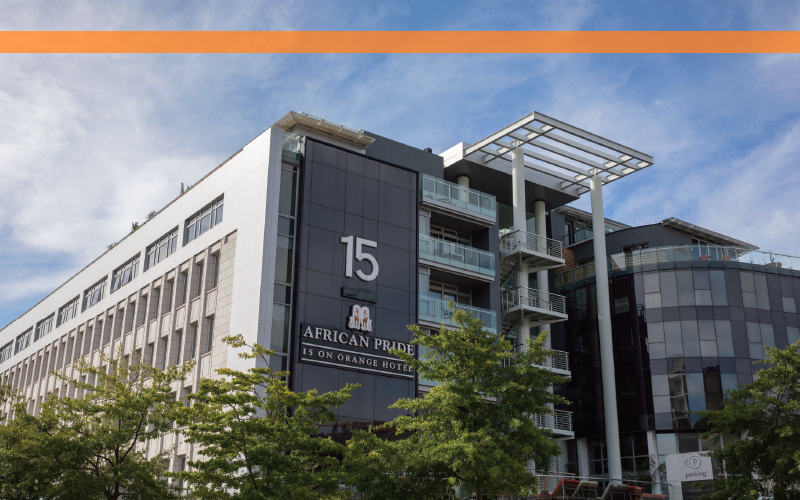 New Southern Energy [NSE] came on board as the principle sub-contractor soon after financial close between Solarus and the hotel group. Project engineer De Wet Taljaard says that, as Solarus’ engineering, procurement, construction (EPC) partner, ‘NSE was responsible for design, procurement, installation and commissioning of the solar thermal system’. It has implemented large commercial off-grid projects in Africa and, together with Solarus, focuses on large hospitality projects. He says the hospitality sector ‘is perfectly suited’ to the Solarus PowerCollector as the industry ‘tends to value renewable and energy-efficiency initiatives’. The Solarus PowerCollector combines the generation of thermal energy and that of PV electricity in a hybrid solar PVT design, which produces one of the highest energy yields measured, translating into three times more energy over the same surface area as traditional solar panels.

On very hot and sunny days, solar PV cells actually become less productive if they get too hot. However, placing solar thermal collectors behind solar PV arrays cools the PV cells, and the energy that would’ve been lost is used in a co-generation process that maximises output. So, by combining the benefits of PV and thermal solar collectors, the units generate energy as well as heat (up to 80°C). ‘It’s a strange thing, in fact, that PV doesn’t like heat and the yield drops. But if you cool the PV panels, the efficiency increases,’ says Laks. Taljaard adds: ‘Electricity is produced via a 270 Wp PV cell, while thermal energy is produced by passing water through a cooling channel behind the PV cell, thus producing hot water while cooling down the PV cell at the same time.’ He explains that a curved mirror reflects and concentrates incident solar radiation, increasing thermal and electric energy output. The tubes that cool the PV also serve as storage batteries for electricity that can supply the pumping power or feed back into the grid. ‘Since the Solarus PowerCollector’s mirrored surface-concentration effect increases the energy density of the collector, it’s well suited to situations with space limitations.’

On a normal day, the solar plant at 15 on Orange meets the hotel’s hot water needs off-grid, resulting in considerable cost-savings. ‘To get the best out of the system, tweaking and calibration will be done over the next few months,’ says Steyn. ‘Contingency has also been built in for winter days when the sun doesn’t provide 100% energy. In this instance, inline heat pumps, which are also dependent on far less electricity, have been used to boost the water temperatures to the desired levels.’ 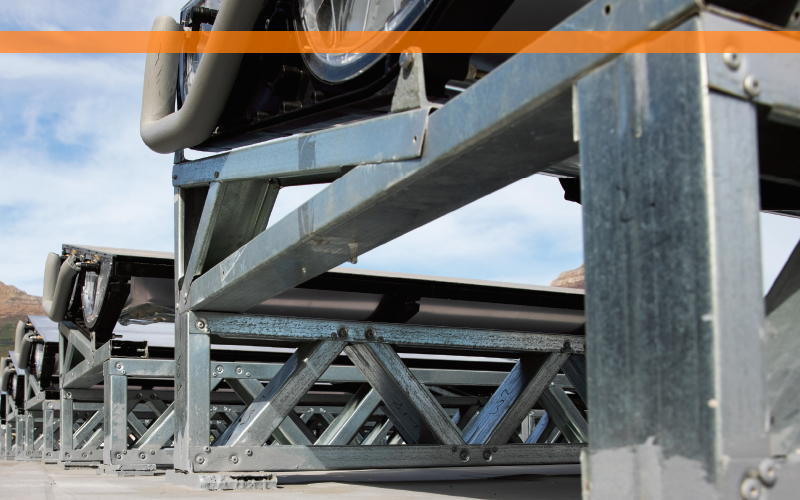 The hotel’s flat roof meant the installation went fairly smoothly, with the two main challenges being the distance between the plant room and the roof, and the layout of the roof itself. With the plant room and its hot-water reservoirs in the basement, some 32m from the solar collectors, running piping between the two locations proved a challenge – but one the team ‘could easily cope with’, says Laks. ‘The technology’s there, it just takes more time.’

Optimally, according to Steyn, ‘one would have preferred to have the reservoirs or boilers as gravity-fed supply from the roof close to the source of hot-water generation’. However, NSE and Solarus devised a clip-on system to the roof, which avoided disruption to the water supply during the installation of the piping and its connection to the pumps and boilers. ‘The installation exceeded my expectations,’ he says.

The layout of the collector field had to take existing roof structures and equipment into account. ‘The roof surface, where collectors were mounted, consisted of both flat concrete roofing and Klip Lok-style roof sheeting, so mounting solutions for both roof types had to be found,’ says Taljaard. 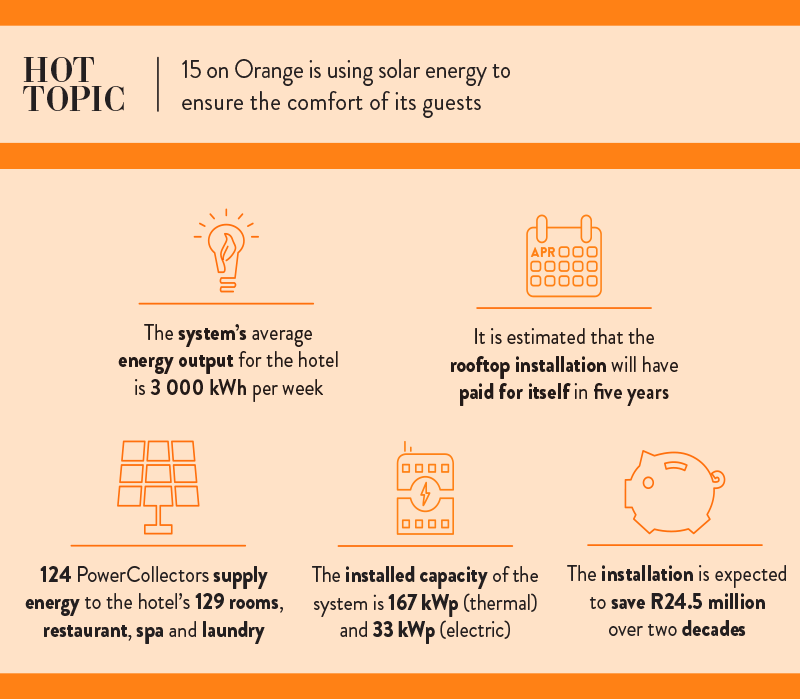 With the hotel being in Gardens, its roof can be seen from various vantage points in the City Bowl. Instead of this being a potential aesthetic challenge, Laks sees it as a great opportunity. ‘When it comes to visibility, the hotel’s location is a plus in that it shows they have the latest technology installed. So apart from the carbon footprint benefits, it increases the hotel’s value proposition.’

So, has the system reduced operating costs? ‘Oh yes,’ says Steyn. ‘I’d recommend that all hotels with the available roof space consider investing in solar energy. The return on investment is quick, it guarantees power when our national supplier can’t … [and] the cost of producing the energy is significantly less than buying power from the grid.’ 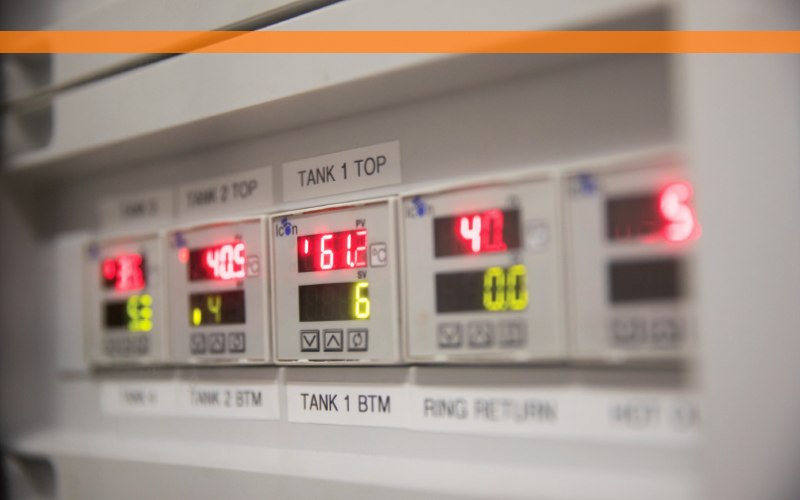 Apart from the installation’s size, its cost savings make Laks really proud. ‘The savings we simulated … the results are even above par. The plant has produced more than we expected. And apart from the energy savings, we also save water – which is great for CT. Since the water heats faster now, the taps run for less time.’ 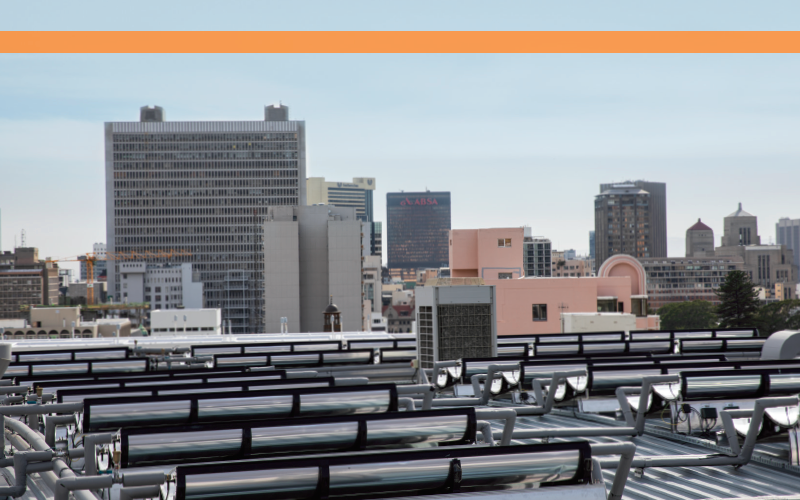 The hotel has also started separating waste and is populating public areas with more vegetation to reduce airborne dust, pollutants and CO2 levels. The plants also help keep temperatures down, reduce the need for air conditioning and increase humidity. During the recent interior refurbishment, local suppliers of materials and furniture were favoured, thus reducing the hotel’s carbon footprint. Other green initiatives related to sourcing produce and operations have been implemented day to day.

Laks believes in solar power’s potential in Africa, where it remains underutilised. ‘A lot of countries in Africa still use diesel generators to heat boilers for hot water. This is costly and is not the way to go environmentally,’ he says. ‘Apart from hotel-specific installations, what really makes us tick as a company is the bigger difference that projects like this can make for the environment.’

Jane Molony, executive director of PAMSA, on how paper and its  by-products are a... END_OF_DOCUMENT_TOKEN_TO_BE_REPLACED